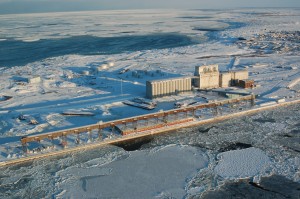 Spring Is For Breakups…Ice That Is.

Spring fever in the North brings renewed hope, happiness, and …um breakups! With the temperatures climbing above the freezing mark, many  Northern regions experience the breakup phenomena. This usually occurs in a major river system but can also relate to a larger body of water such as a bay or inlet of some sort. 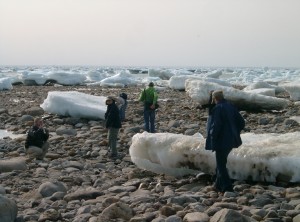 In this case, we are talking about the Churchill River in Churchill,MB of course. The river has just broken free of ice and started to flush itself out into the Hudson Bay to the North. Some early beluga whales have arrived as scouts perhaps and soon thousands of the magnificent ghostly creatures will follow.

As a Summer guide in Churchill I have experienced the breakup  only a few times around a decade ago. Natural Habitat’s Arctic Summer trips used to start in June, sometimes early June, so the chance of arriving with groups and viewing ice floes in the river was good. I was always anxious to arrive and find the chunks moving with the tide in and out of the river. Arctic terns and Bonapart’s gulls would often perch on crags in the floes and photographers would scramble in the zodiacs to get a prime shot. I was able to get a few myself which are currently somewhere in cyberspace I do believe.

So with the river starting to flow out into the bay, the ice should start to push out North as well very soon. Even with the Churchill river being diverted years ago, the tidal flow out of the mouth still moves at a crazy rate of speed. Just as the fresh water aids in freeze up of the area in the late Fall, the water now helps to demolish existing ice left from the Winter. Kind of a full cycle that’s found in Churchill in almost every facet of nature around the region.

The recent snow storm in Churchill has subsided and left a wintery veil over the imminent Spring weather seeping into the region. The snow storm was a reminder that Winter will not leave without a fight this June.

Calm Air flights were delayed many hours (unusual?) as the storm ripped through the area. Temperatures have risen into the mid teens Celsius in recent days and it looks like the beluga whale season is just around the corner. My favorite season will soon be showcasing wildflowers and whales. Many bird species and bird watchers are already in the area checking off lists…always searching for the elusive Ross’ gull. And, the long days are an opportunity to roam the tundra for hours taking in all the land offers under warm sun.

In anticipation of all the best polar bear and arctic photographers being featured in a new section of churchillpolarbears.com, here’s a video of some recent polar bear cub activity in Wapusk National Park by Thomas Mangelson, one of the best of them all. This is just a taste of what’s to come.

In the months ahead, I will be developing links to the premier polar bear and arctic photographers in the world in order to showcase their work here and allow all of you to see the best images, both still and video, on your favorite polar bear website.
Enjoy the video. 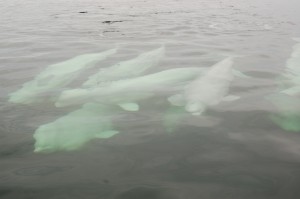