As early October creeps closer, thousands of travelers from across the globe prepare for the trip of a lifetime. Many have anticipated this experience to immerse themselves in the polar bears’ habitat for months if not years. This experience in the small town of Churchill, Manitoba on the shores of the Hudson Bay will for some forever change the way they look at the world and the animals that inhabit it. All who make the one-week or so venture will remember it forever.

Another group of people take a slightly different view of the forthcoming season. Seasonal workers by the hundreds also come to Churchill for a seven -week period for the incredible experience. The town becomes a community and network of people all working toward the same goal of helping others enjoy one of the most unique “migrations” of sorts on the planet. Many of these workers come back, year after year, mixing with other newbies looking for an adventure. In a way the workers that return to Churchill every year are quite like the polar bears..all reuniting with the same purpose. 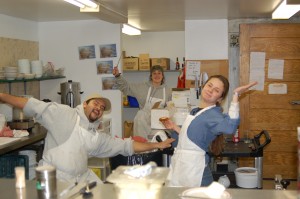 As the season grows closer, I know from over 10 years of experiencing the season, that along with the anticipation of the amazing events over the two-months, one also has intense feelings of angst on either end of the season and waves of high and low energy spurts as the season blooms into full-swing. Preparing for this flow can be more critical then the ability to handle the workload and long hours ahead throughout October and November. A tremendous energy reserve is necessary for a person to work virtually every day for almost seven weeks straight. Rewarding and taxing at the same time, emotions of every kind are constantly tapped. Year’s of experiences are often condensed into this time-frame and it may take just as long to process.

“Teams” of workers meld as the season goes on. Restaurants, tour companies, hotel staffs, rover companies, conservation officers and on and on work together to not only serve clients at a high level of excellence but also to aide each other in surviving the long season. There’s no choice in this situation…you have to become proficient and highly skilled in what you are offering or the operation will fall apart. There can be no middle ground. Efficiency rules in such a small town with limited resources. Waste of any sort cannot exist. 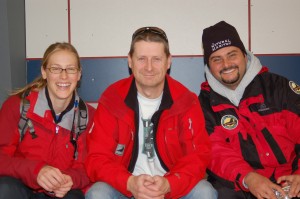 As the season comes to a close, many will need to use reserve energy to finish as strong as they started. Once the season does end, one’s body will release all the tension and pressure built up over the past seven weeks and it will take up to two weeks to recharge. First, all the energy left will be let go and then the slow recharging will take place. Often this all takes place back in civilization of a much different sort and “culture shock” can be very slow to overcome as well. About six months down the road everyone is once again slowly building that anticipation of the season until all of a sudden it’s here again. In many ways this process goes on in each of us in some way with regards to so many things in life.

What is the biggest dilemma facing Arctic and sub Arctic communities these days? Not how many cups of coffee to have, nor how many layers of caribou hide to wear on a -50c winter day…not even how to keep those big, furry polar bears in check….more importantly how to ship goods  and supplies all over the North at an affordable rate. Well, Barry Prentice a University of Manitoba supply chain management professor may have come up with a solution..albeit very futuristic.

Prentice has been researching the idea for over ten years now and he thinks he has the capability of solving the problem. If all goes as scheduled, the first airship he has designed will take flight over the North this Fall in what will be a maiden voyage for a fleet of six or more flying transportation vessels. Many pieces of the first ship are assembled and a hanger has been assembled at St. Andrews airport in Winnipeg.

” I think that this could be a very large industry for Manitoba one day. This is a need that spans our entire northern three-quarters of the country.” Prentice stated. The need could be particularly timely as the port of Churchill is under threat of losing a vast majority of its’ capital with the impending government- forced closure of the Canadian Wheat Board. If that happens, shipping from the port to the North may also severely diminish. The old outdated cargo moving system of track-rovers has gone by and the barge shipping season is a short one. With no rail -lines farther than Churchill, the need is there for a prudent alternative method.

His final product will be about 25 metres long and cost about $100,000, not including labour costs. Its top speed will be 50 kilometres per hour. While the cost seems extensive when one figures in testing, repairs and modifications, and maintenance, it outweighs the effort to build roads, a nearly impossible task, in the permafrost – laden arctic. However, the affects of cold weather on these ships is unknown and somewhat of a concern in the frigid Winter months.

“(Conventional) airships are basically fair-weather flyers, and they’re not engineered to operate in 30-below. If we want to operate airships in Canada, then they have to be robust, year-round vehicles, and that means they have to be engineered to deal with freezing temperatures so the valves don’t stick and the rubber doesn’t fasten to the door when you’re trying to open it.”

All this testing will go on most likely over the next few years and hopefully funding from his company Buoyant Aircraft Systems International (BASI) and its’ funding investors will endure the preliminary stages.

Churchill residents will soon have their say on the fluoride issue that has been looming for the past few months. A grass roots movement aptly dubbed Churchill No Fluoride has been vehemently advocating the removal of  fluoride from the town’s water supply. If the September vote goes through against fluoridation, Churchill will join a growing list of communities worldwide that have already banned adding fluoride to their water supply. Two Canadian cities have recently joined the club. Flin Flon banned fluoride in January and Calgary did the same just this past May.

Closer to home, Winnipeg recently lowered the added dosage from .85 milligrams per liter to .7 mg/L based on reccomendations from Manitoba Health as well as Health Canada. The U.S. Department of Health and Human Services recommends the maximum lifetime exposure to fluoride be 4.0 mg/L and a secondary standard of 2.0 mg/L for areas that have high levels of naturally occurring fluoride.

Mark Brackley, spokesman and founder of Churchill No Fluoride, states that fluoride is naturally  pervasive in water and there’s no way of knowing how much people are absorbing. The chemical has recently been linked through studies to facilitation of lead in children, arthritis prior to old-age, dental fluorosis in adolescents, and even cancer in young men. “It’s a toxic waste product,” said Brackley of fluoride, adding that no scientific evidence supports any claims it prevents cavities.

Conversely, the Centers for Disease Control and Prevention (CDC) in the United States said past and current reviews of scientific studies found no basis to claims that fluoride poses a health hazard. The CDC describes fluoride as one of the “ten great public health achievements” of the last century, along with vaccinations, motor-vehicle safety and family planning. It does state children’s exposure to fluoride from birth to age six should be restricted. This introspective video below on fluoride gives excellent background information on the entire issue. Enjoy and learn!