More and more shorebirds are arriving into Churchill as the summer takes hold. This time of year is a bird watchers dream in Churchill as new species appear almost daily in the build up to the nesting and foraging season on the coasts as well as inland. every trip outside creates new opportunities for spotting different birds. Depending on your preference you can do a boreal forest hike or stay along the coast or near inland thermakarsts or pools. There’s plenty of these winged creatures for all types of spottings.

Today, in honor of my son Jack’s last day of fourth grade, churchillpolarbears.org is having fan photo Friday! We encourage you to submit any of your favorite Churchill or Arctic photographs to our Churchill Polar Bears Facebook page and they will be published in our blog at churchillpolarbears.org. Please include a brief description of the photo along with any other story you would like to tell about your amazing experience. Thanks to all for contributing and sharing your love of Churchill and the north!

Here are a few of my favorite photographs from Churchill:

The Georgia Aquarium just had an amazing event occur this week. A baby beluga whale was born in captivity. Although always a controversial occurrence, the ability to witness this incredible phenomena can only happen in such a setting. Aside from that the educational benefits to those studying the species and those who cannot travel to the Arctic waters to see belugas in their natural habitat are immense. I am generally not an advocate of aquariums housing wild animals without releasing them but there are some educational aspects such as this birth that cannot be observed in the wild. That alone can stimulate incredible conservation initiatives and support from people everywhere. 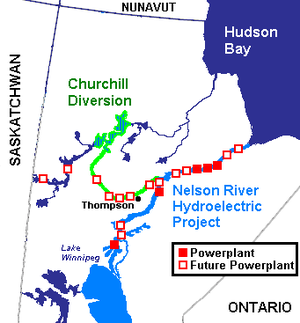 The Metis Heritage Hall in Churchill burned to the ground early this morning. All was lost in the fire including a vast collection of art and historical artifacts. The loss is truly devastating. Mrtyle de Meulles had stored her large collection of Metis artifacts used in her cultural talks and presentations. Unfortunately many of these items are irreplaceable. Our thoughts and prayers are with the people of Churchill and their terrible loss.