One of the “coolest” things I have done adventure-wise in my life was snorkeling with the beluga whales in Churchill. The experience can be phenomenal!

The lower Churchill River is often clouded from run off along the banks further south. Therefore, because of the clarity, the mouth of the river or near that area is the best place to view belugas and get close and personal with the beautiful mammals. The downside is that the water is much colder there where it melds more quickly with the frigid Hudson Bay waters. Dry suits with gloves, booties and hoods aide in getting in with the whales and enjoying the day.

These photos by Churchill photographer Alex De Vries – Magnifico portrays just how incredible sharing the Arctic waters with these animals can be! 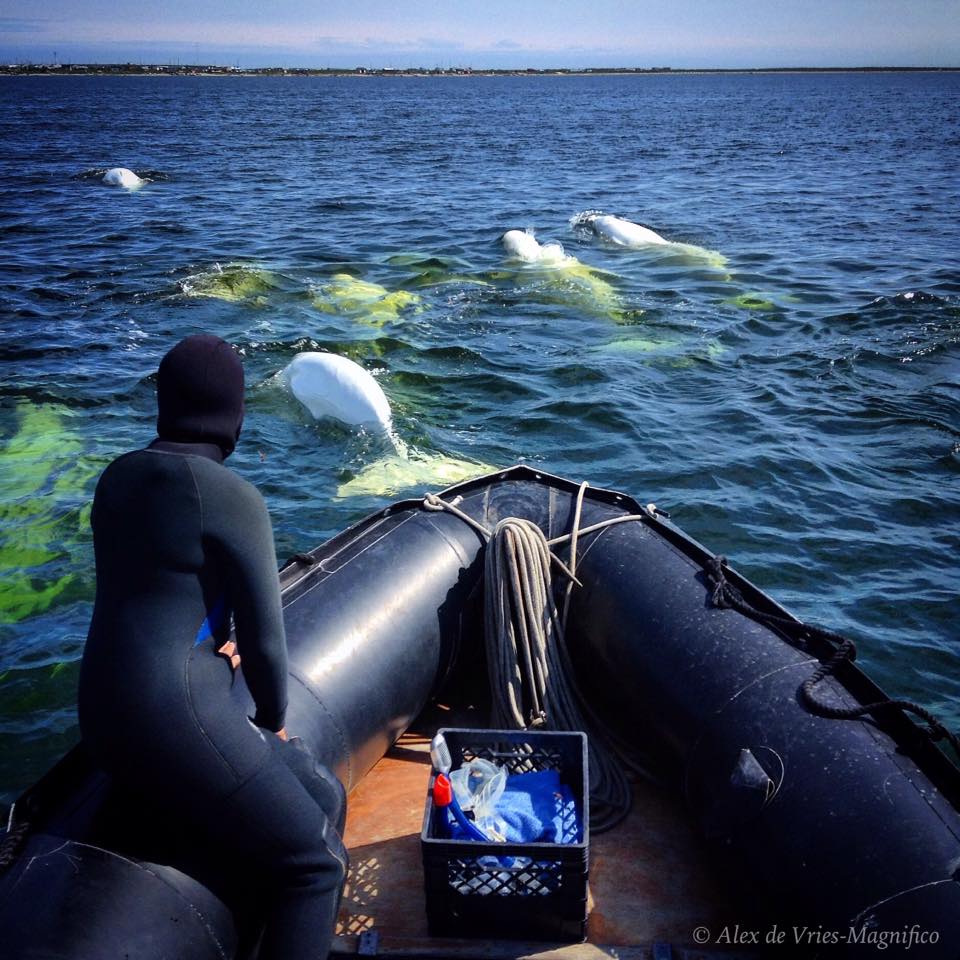 catching up with belugas in the Churchill River. Alex De Vries – Magnifico photo. 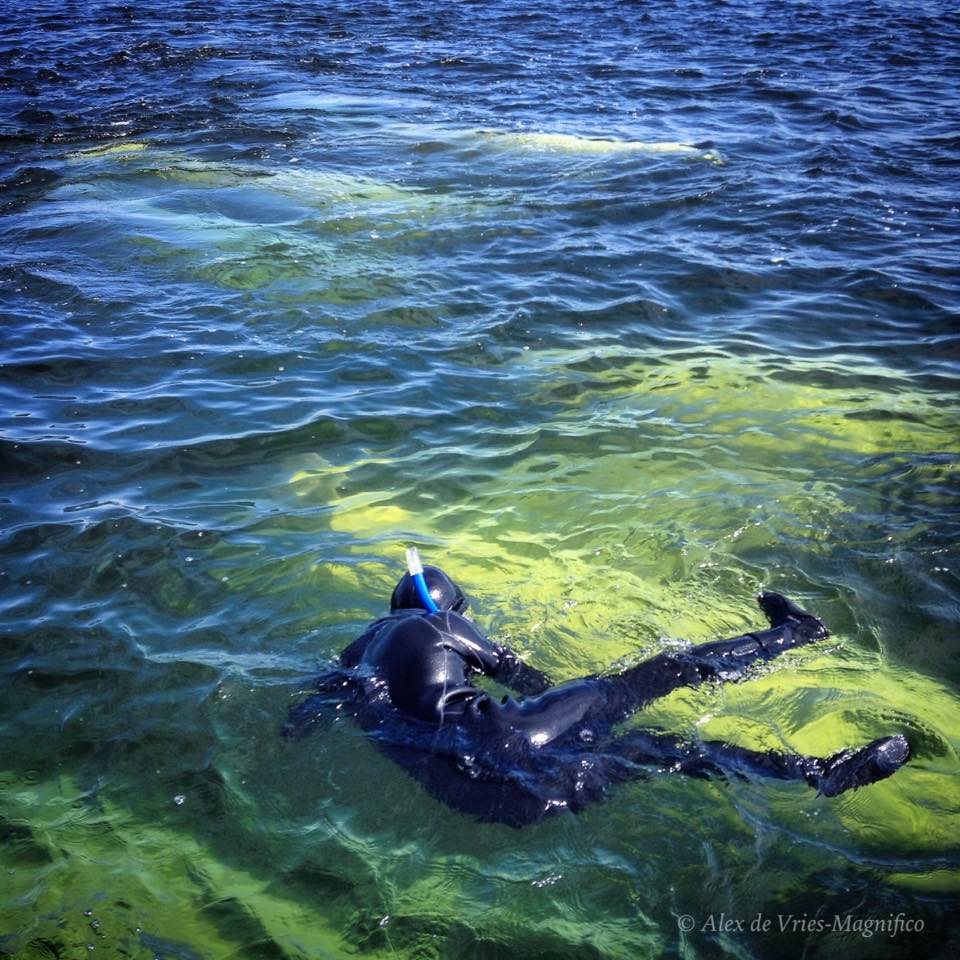 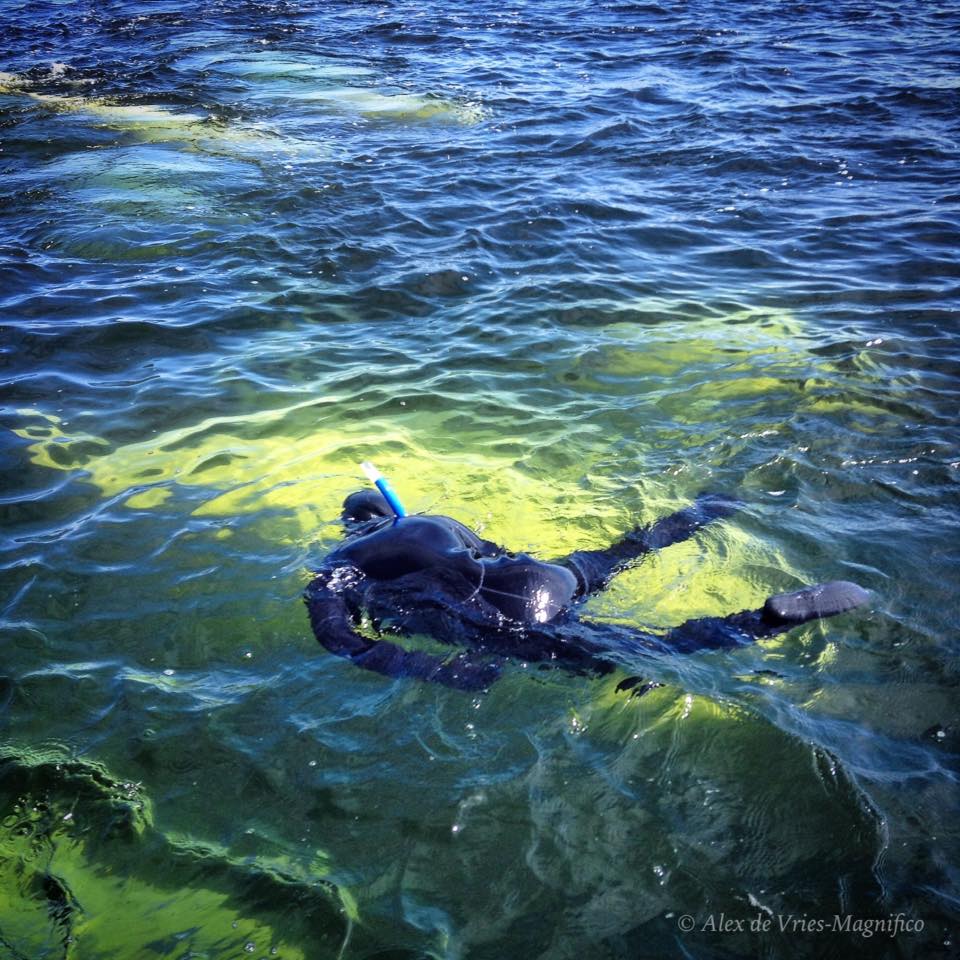 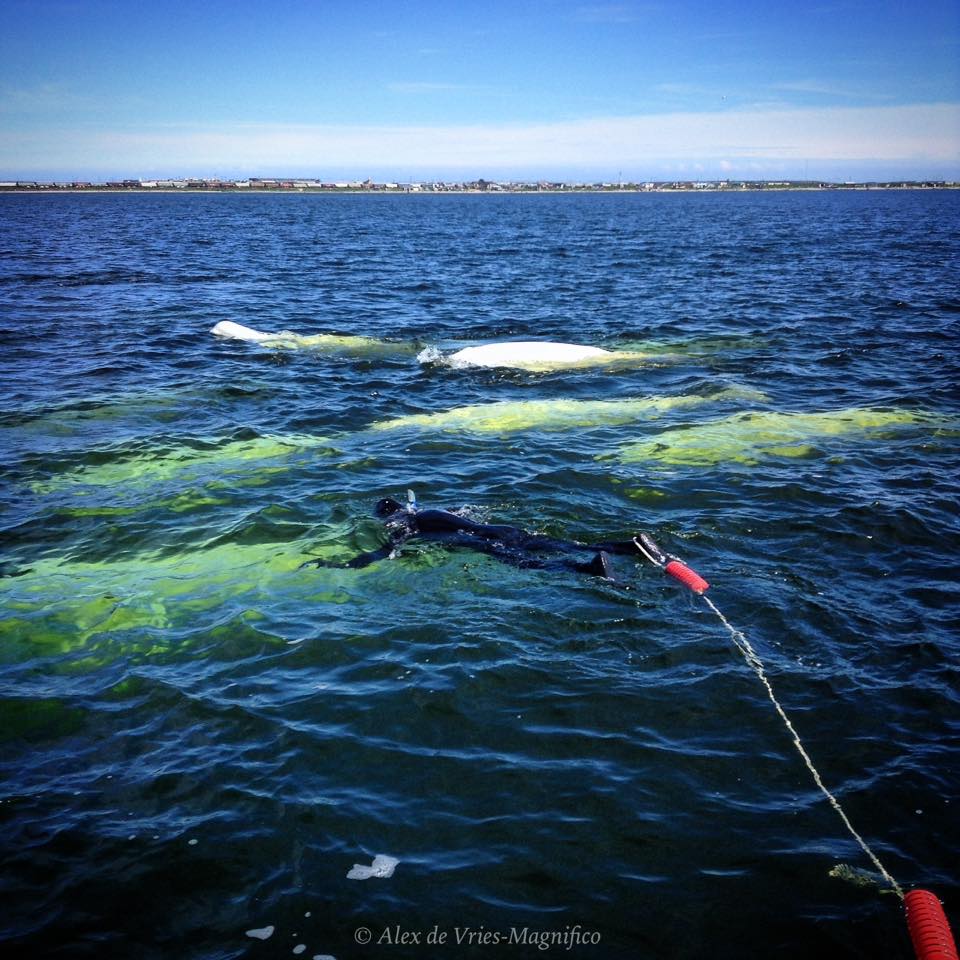 Last week a very unusual sighting of a bowhead whale in the Churchill River created a buzz in town and around the whale watching community. Churchill is known for its beluga whales that return from the north every summer and infiltrate the estuaries surrounding the Churchill region. Thousands of belugas come south with calves or to give birth to them. They also come for the warmer waters which produce a bounty of marine food such as capelin.

In recent years, sightings of orca and bowhead whales have caused a stir and talk of climate change allowing for the unusual presence of these magnificent creatures. Whatever the reasons the thrill of seeing these whales is unbelievable! 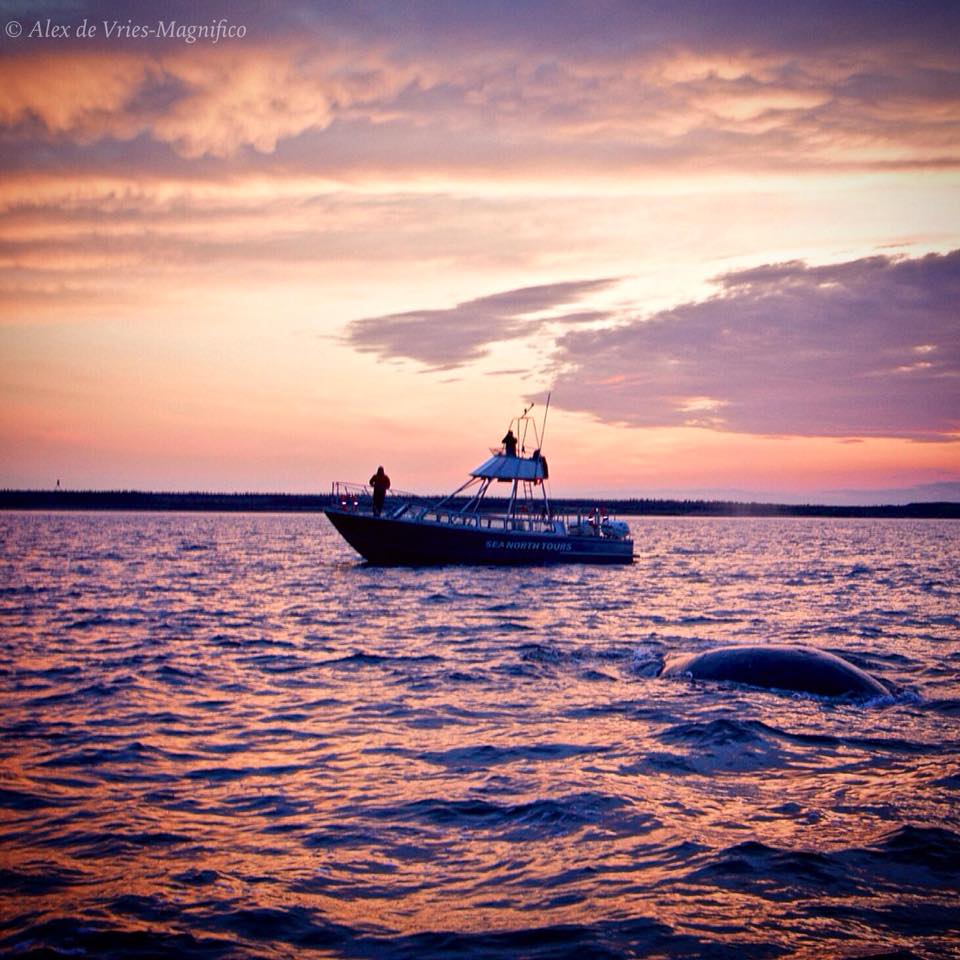 Fireweed is beginning to bloom across the tundra and white mountain avens are fast disappearing…summer is already half over in Churchill!

Canada day was just a few weeks ago and part of the festivities is the annual Hudson Bay dip took place in Churchill. The dip is an outpouring of community fun and bravery to enter the 40 degree F water. The year I took part there was still ice floating near shore and the water was exceptionally cold. Extremities become numb almost immediately but the thrill is worth the pain! Enjoy the fun from this 2013 footage!

Summer on the Churchill River is predominately for beluga whale watching. However, occasionally each season presents the amazing opportunity to view polar bears on the rocks around Cape Merry or Eskimo Point just north of Fort Prince of Wales across river. This video was filmed by Sea North Tours near Eskimo Point and the sow and cub polar bears are in clear view. What an unbelievable experience for all travelers lucky enough to be aboard the zodiacs in Churchill!