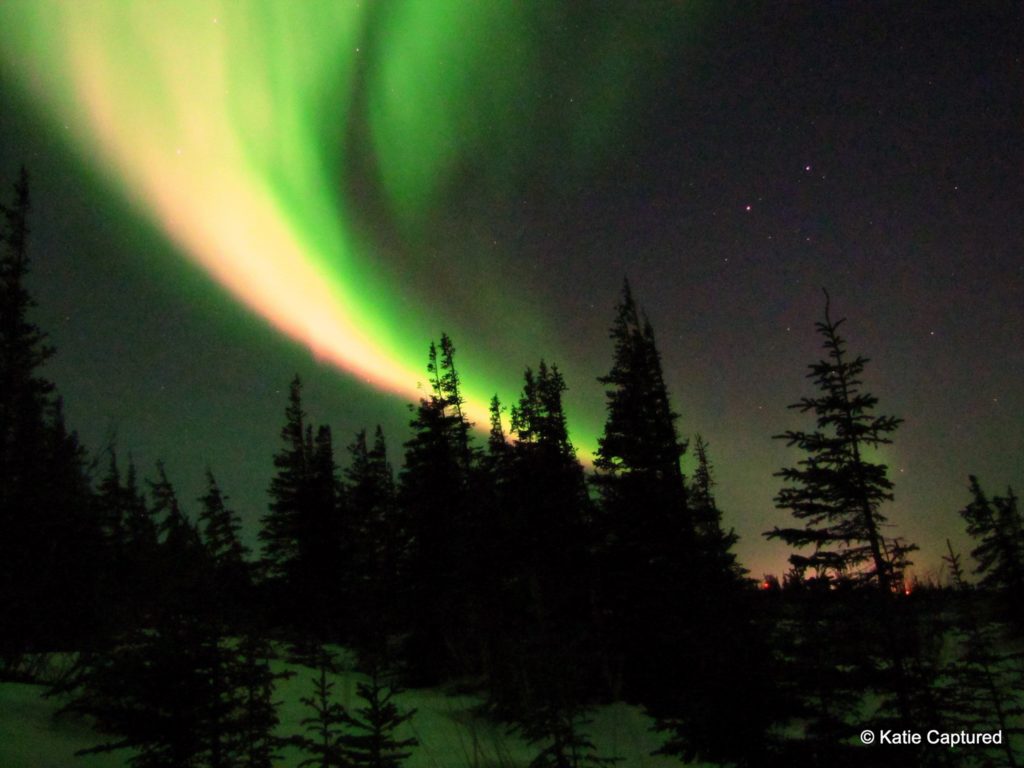 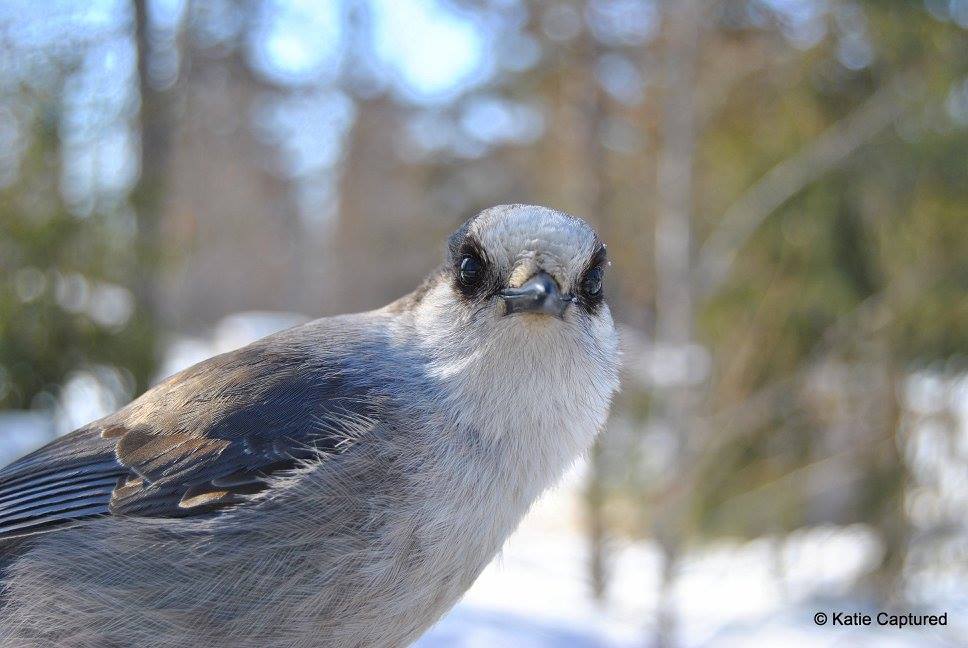 These two shots from Churchill photographer Katie de Meulles are classic winter images from Churchill. Another awesome aurora shot and a cool shot from the boreal forest at Wapusk Adventures. Enjoy!

Polar bears like to play and are quite gregarious at times. This video footage from the BBC shows two fun – loving polar bears having quite a time in the snow. The Arctic has millions of square kilometers of open space for polar bears to roam and play. Of course polar bears spend winters hunting seals which can be stressful so they also have to release their tension with some fun!

Churchill Photo of the Week – The Moment of Life

This incredible photo by Roie Galitz captures a rare scene ever to be observed by humans. Persistent Polar bears spend endless hours stalking and hunting seals out on the Hudson Bay pack ice.This is one of those very special moments for a wildlife photographer and could very well be the photo of the year. Enjoy! 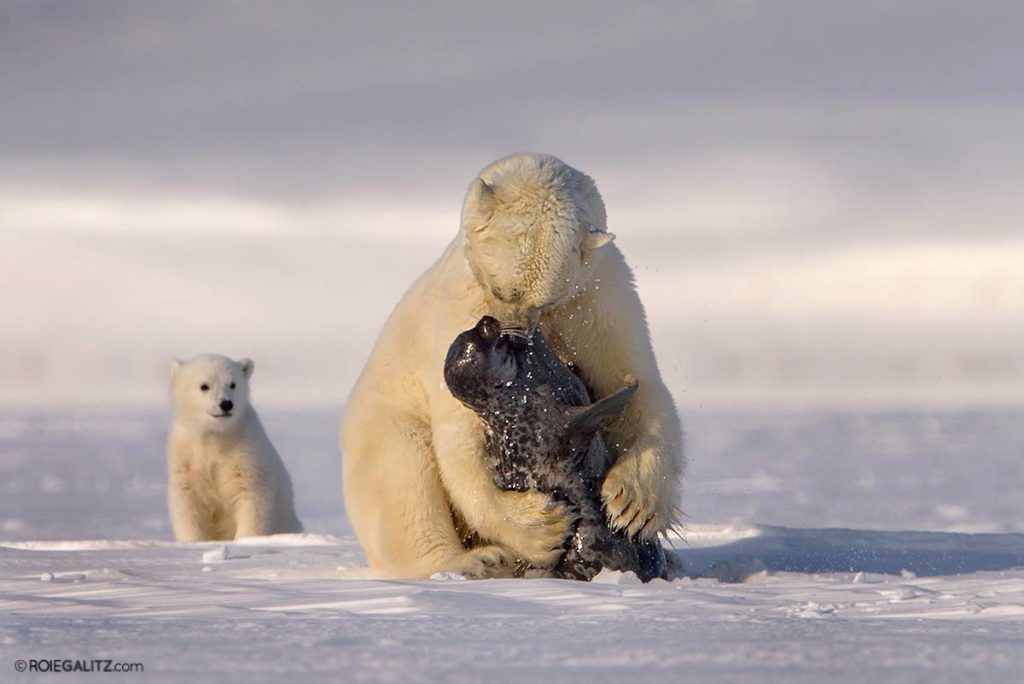 A mother polar bear captures a seal for sustenance and gives her a cub a valuable teaching moment Roie Galitz photo.

As the Churchill Arctic summer nears we will be anxiously awaiting the arrival of thousands of beluga whales, some with their calves, from the north. I can’t wait to see images from the season and all the other Arctic treasures around the tundra. Stay tuned for the fantastic experiences reported here throughout the summer.

Beluga whales will soon be all around the Churchill River estuary as summer nears! Alex De Vries Magnifico photo.