This cool Gray wolf shot from Rhonda Reid in Churchill is an amazing gem and rare sighting! Wolves in the area tend to stay out of sight if at all possible though off-season, when less travelers are in the area, there are better chances of spotting one. Churchill Arctic summer is still a time for seeing these majestic creatures when the town moves at a little slower pace. 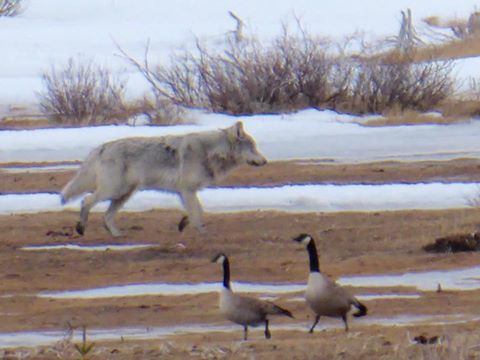 The Parasitic Jaegers employ a tactic known as kleptoparasitism as the birds chase down auks or gulls or in many cases above the Churchill River, Arctic terns. Jaegers harass the birds after they have procured a fish, usually capelin, until the frantic bird is so distressed that it drops its bounty toward the water in order to escape. The jaeger swiftly eats the bounty by catching it mid-air as the initial captor flies away.

Parasitic Jaeger with a capelin in mouth. Michel Windle photo.

The talented jaeger is able to maneuver with great speed in pursuit of its prey. The British Fleet Air Arms  first naval dive – bomber, the Blackburn Skua was modeled and named after the parasitic jaeger. The bird can fly aptly into high winds by rapidly beating its wings and continuously shifting for buffeting purposes.The diet of the jaeger also includes small rodents and birds, eggs, insects and berries of the tundra. But hands down the most prosperous “prey” is the stolen one from other birds over the water. I witnessed many such incredible thefts as beluga whales churned up thousands of capelin over the Churchill River and Arctic terns plucked them from the water only to have them snatched by the jaegers.

The parasitic jaeger arrives in the north to breed in April or May and settles in loosely defined colonies. The female jaeger attracts a male through elaborate flying displays and some may mate together yearly while others choose new partners each season. Eggs are laid by June in the nests on the tundra and breeding pairs alternate nest watch. They protect the nest and young from predators by diving at the intruders at high speeds. As the juvenile jaegers are born, they leave the breeding grounds soon after in July. Breeding adults and fledglings remain through September at the latest.

When the time comes to fly south, they follow the coastline seemingly mimicing the paths of Arctic terns before heading farther out to sea. Most of this species winters near the South American coast or that of western Africa. The majority of immature jaegers will spend two years in the winter grounds before heading north to the bountiful northern habitats.

Two awesome shots by Alex De Vries Magnifico from Churchill. The Hudson Bay Quest photo made the cover of Manitoba Tourism visitor guide. The image of Dave Daley, a race organizer and competitor, captures the essence of the race start. Sled dogs are born to run and these dogs are roaring to go.

The other shot of the Northern Pike coming through the ice hole is a fantastic view of fishing this time of year in the north! You can almost feel the grip of winter relinquishing its grip and acquiescing to the coming thaw of spring. Both depictions are truly northern sub -Arctic in their feel. 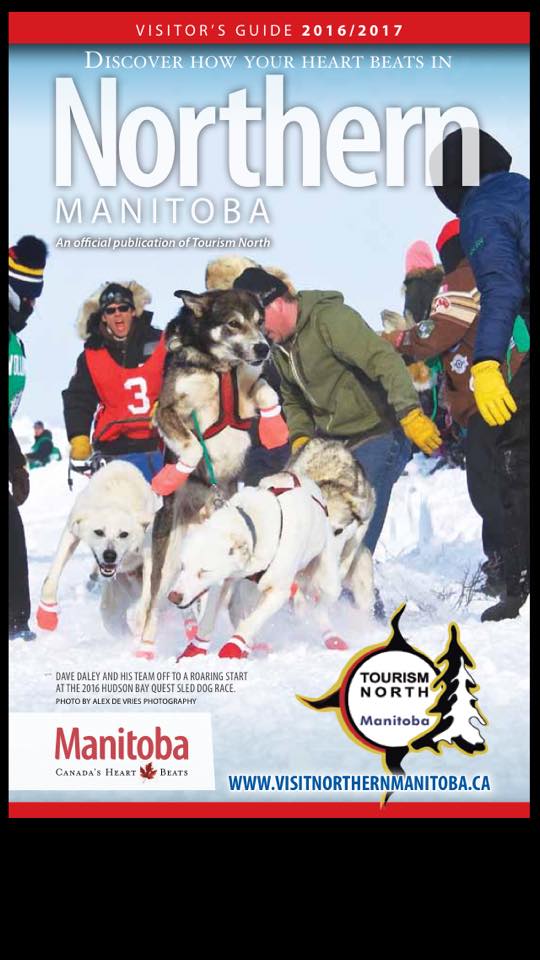 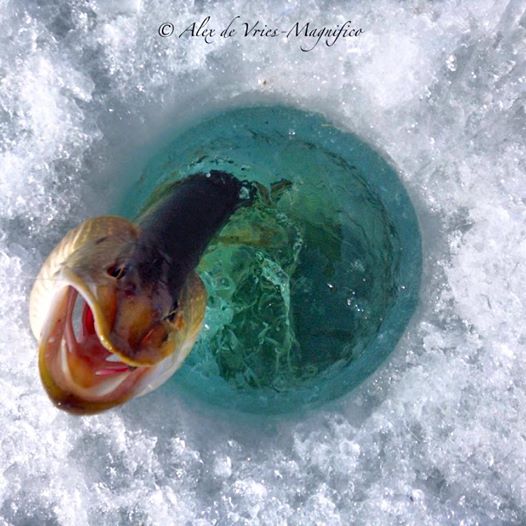