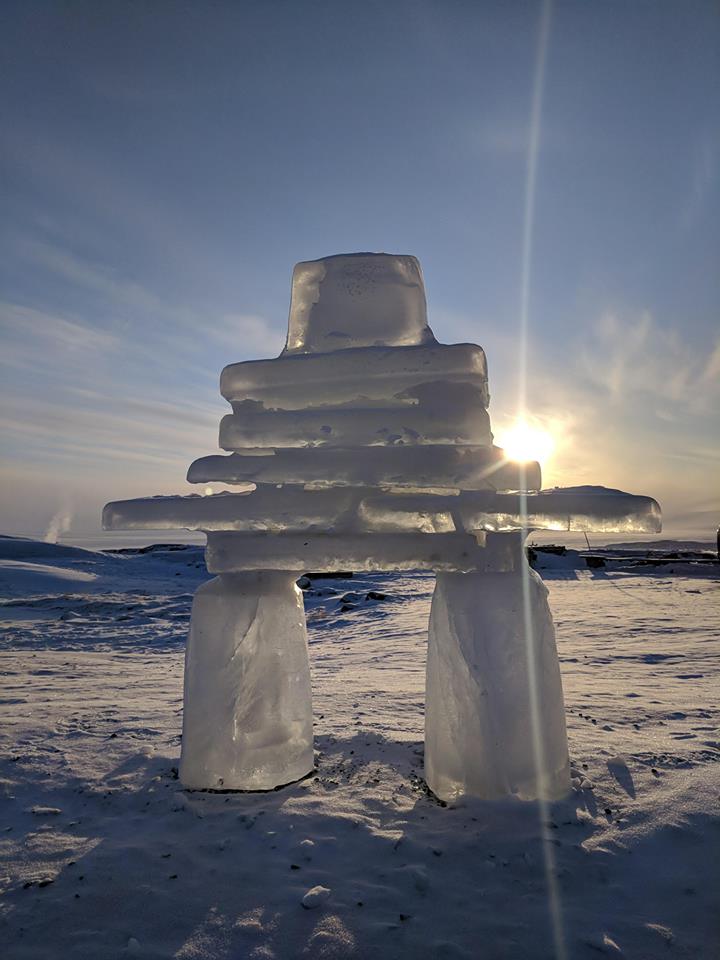 A beautiful Inukshuk made of ice glistens in the Iqaluit sun. Tracy Wood photo.

This awesome ice inukshuk welcomes travelers to Iqaluit in the Arctic. These iconic northern features mark trails or food caches. They were also used by caribou hunters to herd the animals toward an area for harvest. No feature, other than the stoic polar bear, is more recognizable in the open Arctic tundra then these, usually stone inukshuks. An ice one captures the soft colors and light of the region! 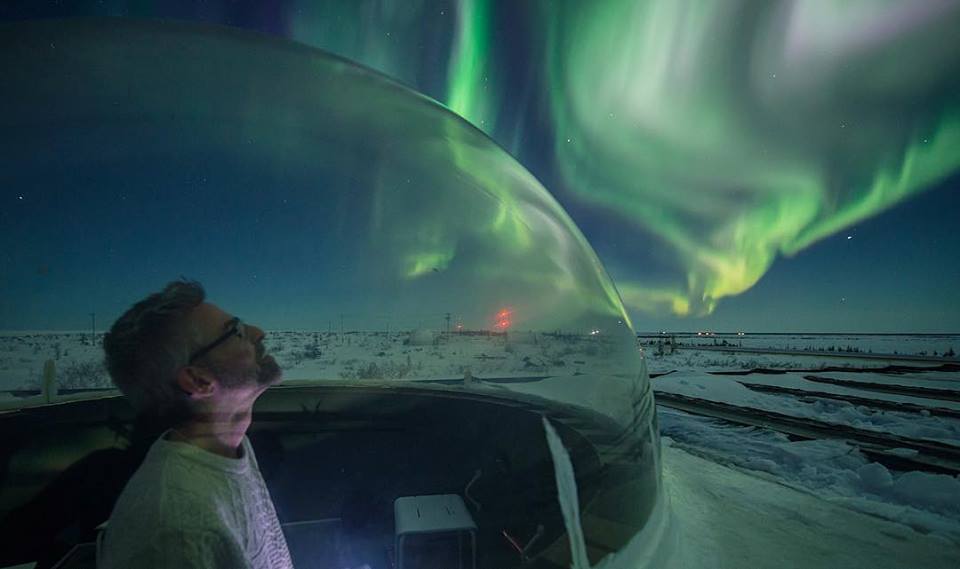 Northern lights season is upon us in Churchill and these Aurora Domes about 10 kilometers outside of town are a prime location to view the aurora borealis. With a comfortable warm environment when the temperatures out on the tundra are below zero, travelers can take in the most spectacular northern lights in the norther hemisphere! If you can ever make the trip to Churchill during January through March, make sure the domes are on your itinerary!

Iqaluit was -35C recently and some fun was had by Jinny Lamontagne with this slow motion video of spraying some hot tea. Winter can be long in the Arctic so new experiences are a way to make it through and stimulate the mind. This video reminds us all of the popular image of about a year ago of the same activity. It’s a pretty cool reaction when the hot liquid meets the frigid air. Enjoy the clip! 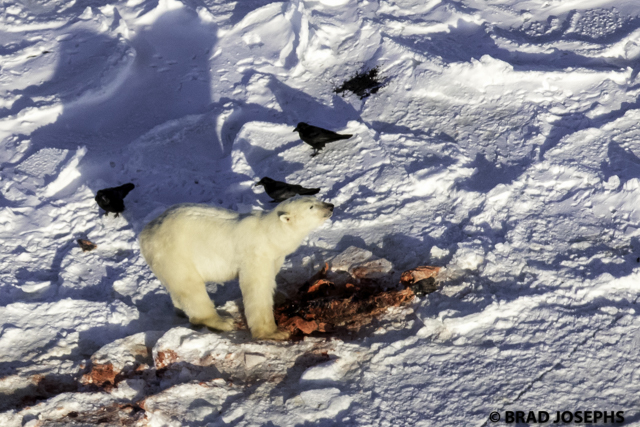 It’s seal hunting season on the Hudson Bay ice pack north of Churchill. After an incredible polar bear season and a frigid last couple of weeks of November, the bears headed onto the ice pack to build their fat reserves for the winter. With northern lights season is underway and the spectacular sights of night will be brought to you in the next few months, we all can’t wait to the beautiful polar bears return in the spring. Enjoy!