Snorkeling with the beluga whales in the Churchill River. Moira la Patourel photo.

Churchill Summer is a unique time of year in the region. Life explodes all around the tundra and waters of the Hudson Bay and the Churchill River! With news that the train line could be under repair during this summer, the mood of the season has taken on another level of optimism. It’s always an amazing time to be in Churchill!

Future of the Port of Churchill is a bit foggy. Photo Steve Selden

The Canadian federal transportation regulator ruled last week that Omnitrax Canada is responsible for long-overdue repairs to the Hudson Bay Rail line linking Churchill with the south. The order mandates the tracks restored to usable condition, as quickly as possible.

This new development in the ongoing saga between Port of Churchill owners, Omnitrax, and the government seems to be coming to a crescendo of sorts. Repairs to the Hudson Bay Railroad have been ordered to begin by July 3rd with the additional requirement of filing monthly progress reports on the status of repairs. The Canadian Transportation Agency will be overseeing the project.

According to the transportation regulator, Omnitrax, as the current owner, is bound by a public obligation to restore the tracks and reinstate train service to the isolated communities and the “reasonable pause” in operations has elapsed. The tracks were washed out in May of 2017 due to flooding from two late spring blizzards.

The Canadian Transportation Agency maintains that the Denver-based company was contractually bound to initiate a reasonable plan to repair the tracks the by November 2017. Omnitrax hired an engineering company, AECOM, to assess the damage and then balked at the estimated $60 million estimate of repair costs. Company officials assert the transportation lifeline to the north should be treated as a public utility since commercial ownership of the railway line is no longer viable. The government has been insinuating that Omnitrax is trying to shirk its responsibilities since the time of the flooding.

Omnitrax’s argument continues with the premise that the flood was a “force majeure” event defined as an exceptional happening that nixes the firm’s contractual obligations.

Polar Bears on the Rocks 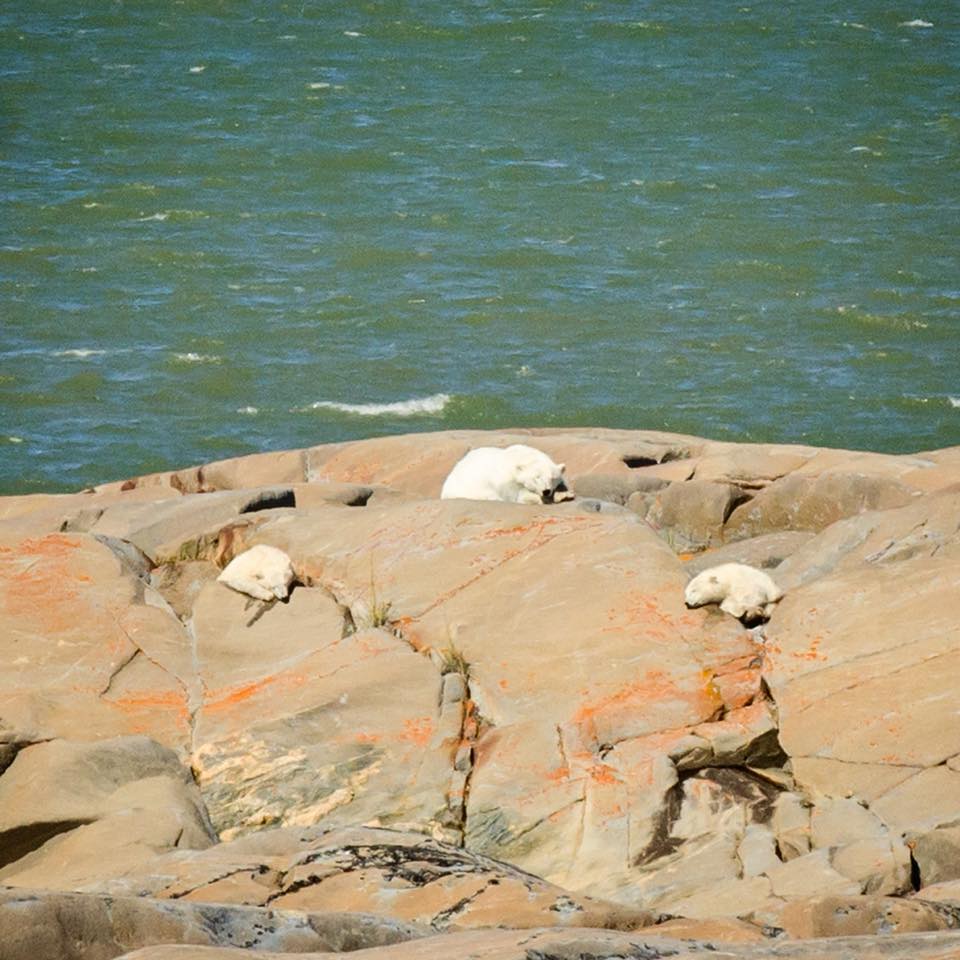 Summer is here and polar bears appear on the rocks and tundra of Churchill’s Arctic landscape seemingly out of nowhere. If you keep a keen eye the chances are great that you will see polar bears in the north country! Enjoy!

There is no better time than summertime in Churchill. The sights around the tundra and out on the Churchill River and Hudson Bay take up days and days of exploring. There’s never enough time to discover all the treasures of the summer season. Here are some images to give a sample of the action that’s starting to take hold in the north. Enjoy! 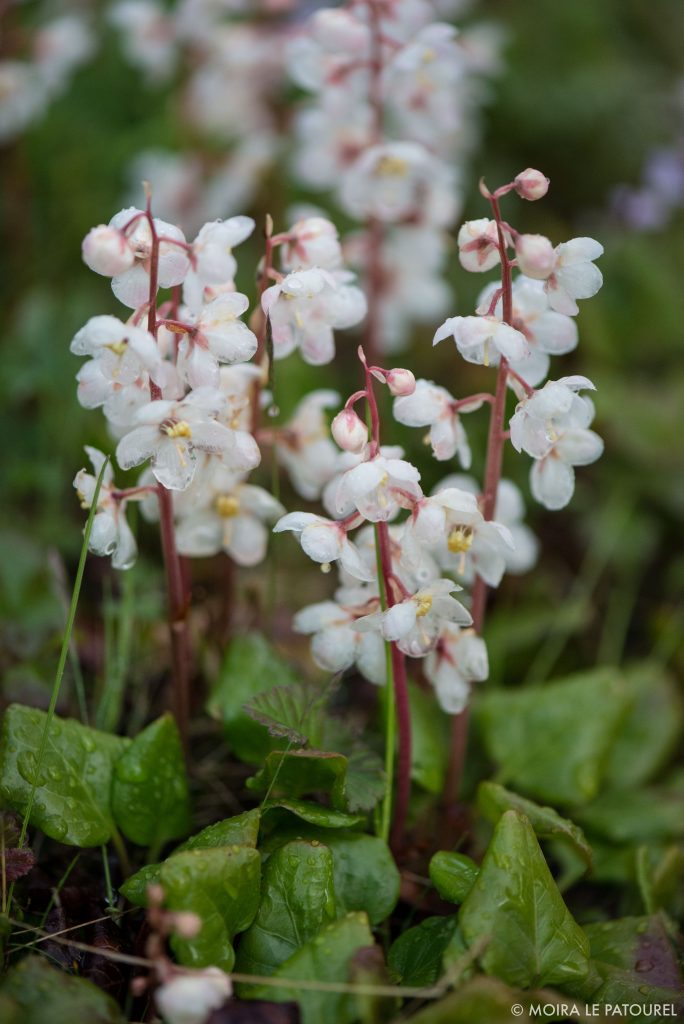 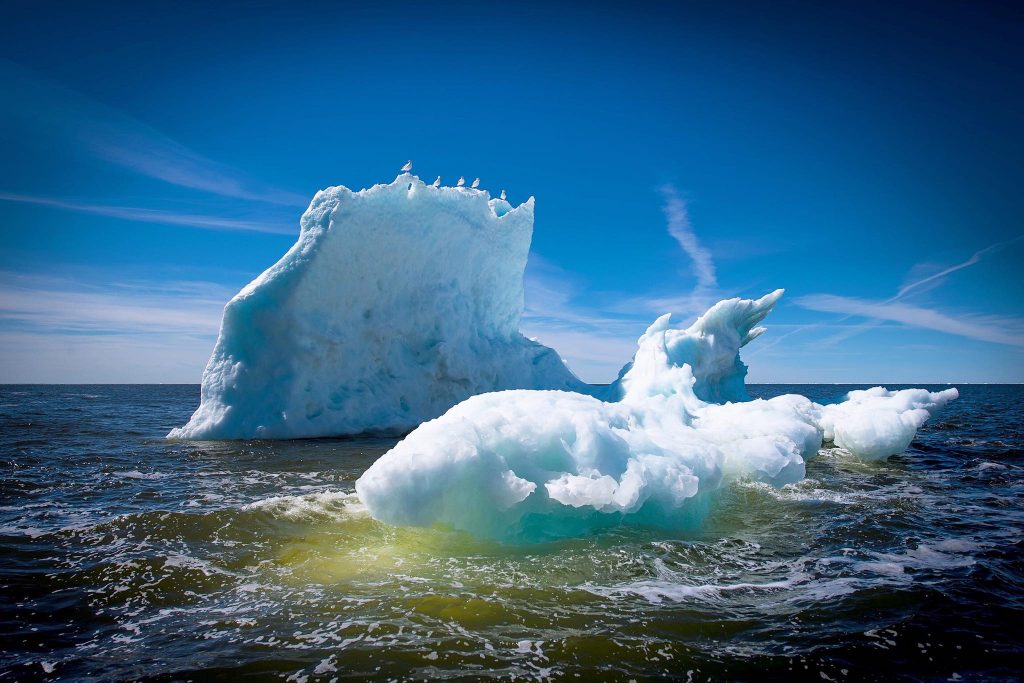 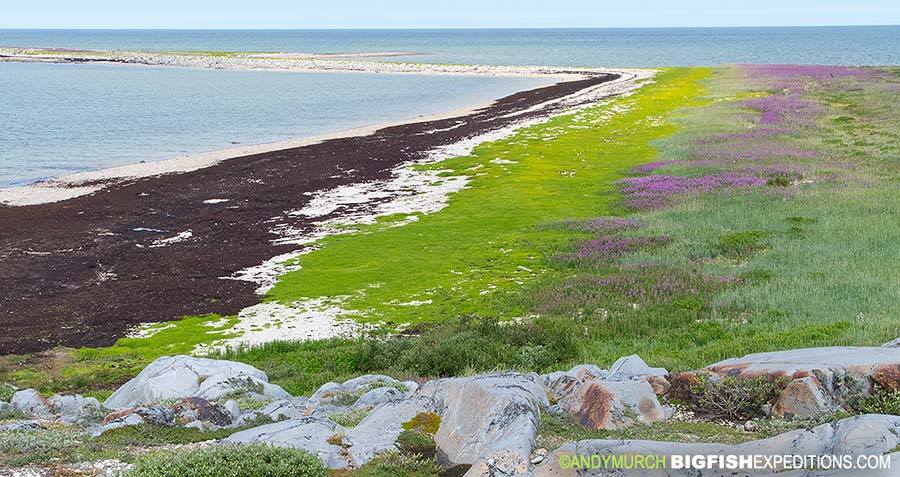