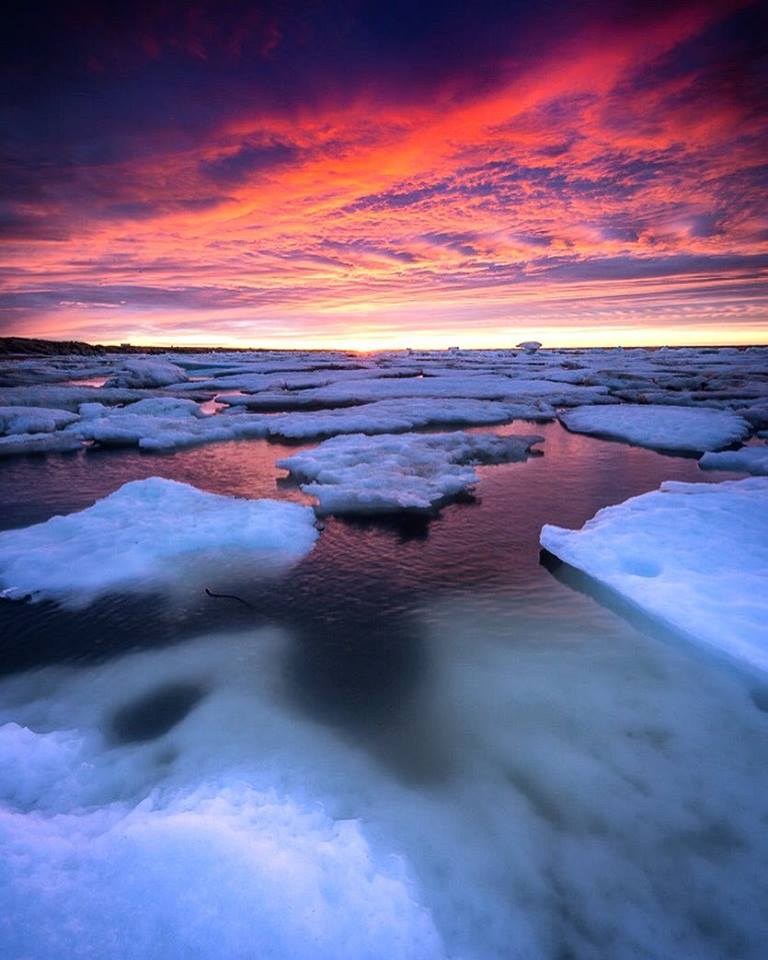 The Churchill River is gorgeous during the spring break – up! Alex De Vries – Magnifico photo.

There’s nothing more awe-inspiring and beautiful in Churchill than the annual Churchill River ice break – up in the spring. This image by Discover Churchill with the sunset flowing across the ice floes is an amazing shot! Looking forward to all the life springing up across the bountiful tundra and waters of Churchill.

The amazing Arctic tern is the phenom of all migrating birds. With an annual round trip of roughly 45,000 miles, this stellar specimen is rivaled by no other in endurance and perseverance in seeking out prime conditions fro feeding and breeding for survival of the species. Churchill is a key summer destination with a bounty of food and nesting areas.