Check out these amazing video images from the high Arctic circle. A mother polar bear emerges from her winter den with two new cubs. This unique and spectacular video is from the  BBC natural history masterpiece ‘Planet Earth’. Polar bear family’s emerge from their dens in early spring, sometime generally in March and after acclimatising they will be guided to the pack – ice for hunting lessons and for mom to hopefully capture enough seals to feed the family. Enjoy!

Video footage of polar bears hunting seals out on the pack ice is rare since accessing the ice can be extremely dangerous and incredibly expensive for film crews. Then, once there, polar bears have to cooperate, actually find the seal dens then attempt to hunt. This short BBC video gives you all an idea of the conditions these majestic polar bears endure while trying to gain the necessary pounds needed to survive the summer months on land in and around Churchill. This truly is one of nature’s toughest tests!

Churchill in summertime is a magical sub – Arctic paradise! Three short or long months, depending on how you look at it, pack in a vast and diverse pallet of nature. The tundra and Hudson Bay come alive as tributary rivers ignite with life and small boats of eager travelers seeking the vibe of the beluga whale pods. The “Arctic Riviera” is shelter for belugas to nurture young, molt their old skin or just enjoy the “warm” waters of the southern Hudson Bay.

As a guide returning to Churchill each year, I was drawn naturally like a migrating animal and the annual sojourn just became instinctual. Each spring I would start to feel the pull of belugas out on the Churchill River and Hudson Bay. After trolling among the pods, kayaking and snorkeling on a daily basis for over 10 years, the feeling takes root in one’s psyche. The draw to migrate for whatever reason is real. The belugas are the main attraction here for sure!

Although belugas, birds and sometimes polar bears are the main draw for the summer season, there are some lesser known features or entities in and around Churchill that have been hidden jewels over the years. Here are some that I really was drawn to.

7. – Ross’s Gull – A true incredible check on the life-list if this beautiful bird unveils itself along the Churchill River. Another fun treasure hunt!

8. Orchids – One wouldn’t think these delicate plants could survive the harsh Arctic weather though these flowers are opportunistic and make the most of their northern environment.

Winter has settled in to the Churchill region. Polar bears are out on Hudson Bay pack ice in search of seal meals in order to stockpile fat for energy supplies that will keep them alive during the ice free months on land. this is the life cycle of the king of the Arctic. Enjoy this look into their incredible lives! 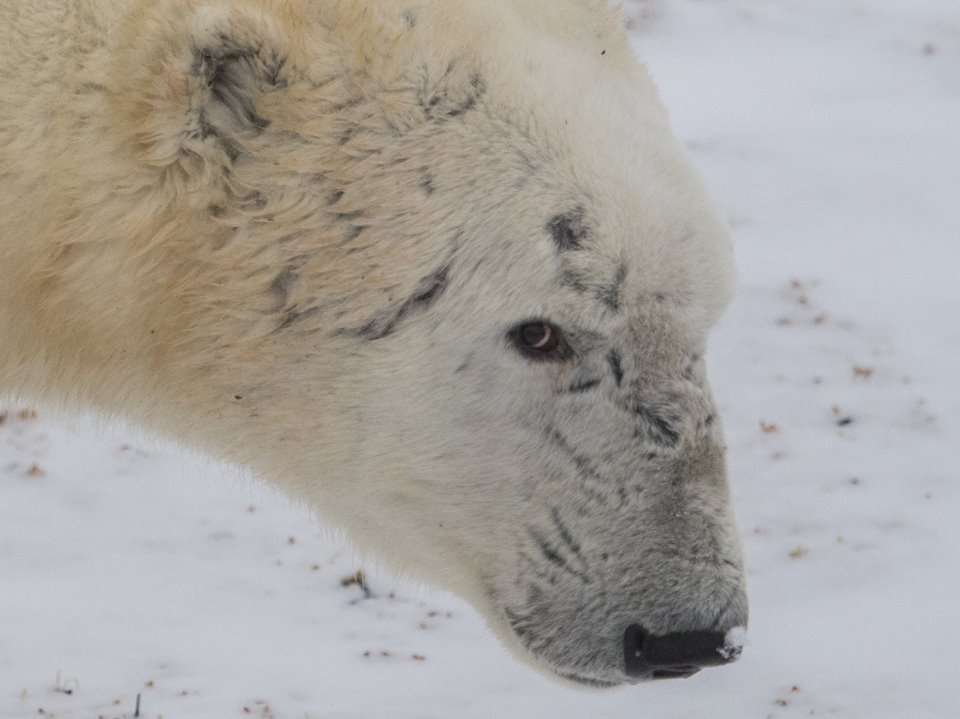 This battle worn polar bear has been through a few sparring sessions in his time. Hopefully he is one of the polar bears out on the Hudson Bay pack ice getting his fill of seal meat for the winter. Enjoy this Friday all!