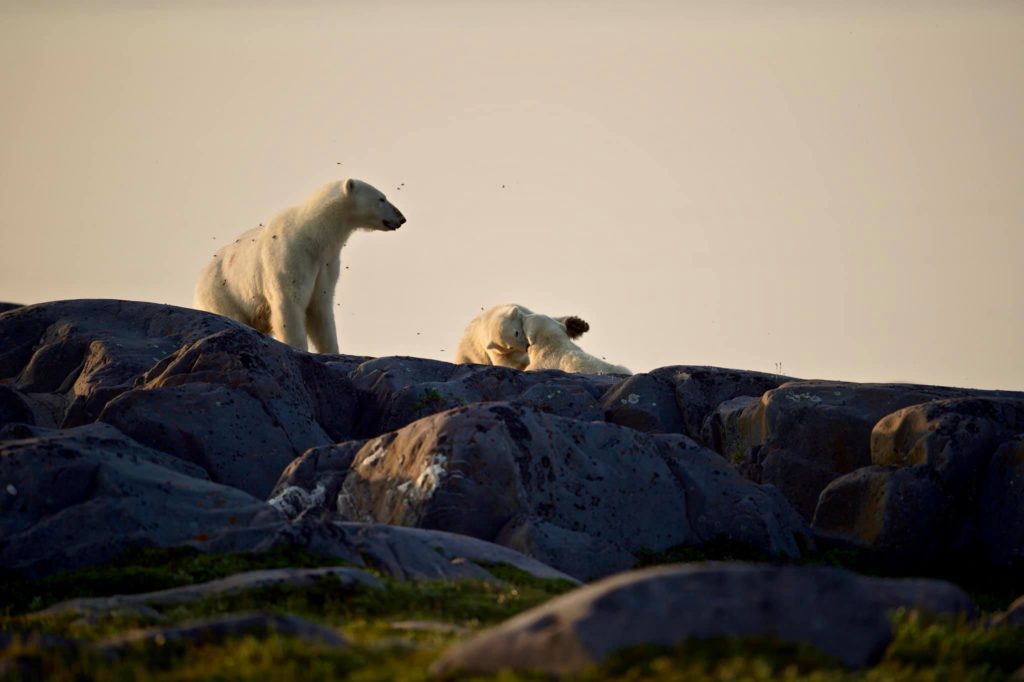 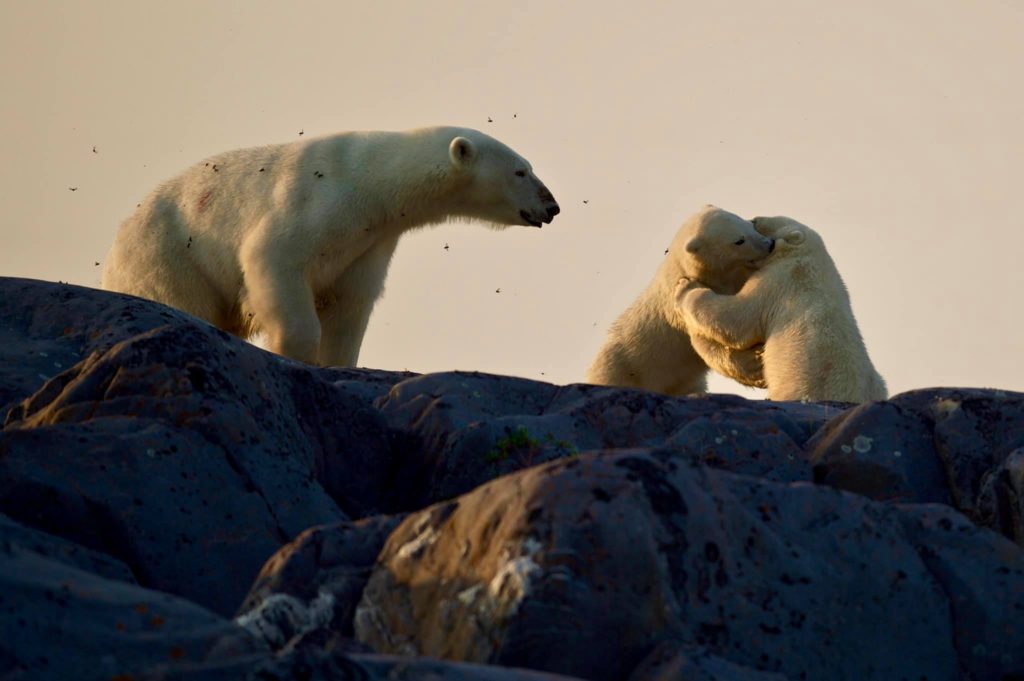 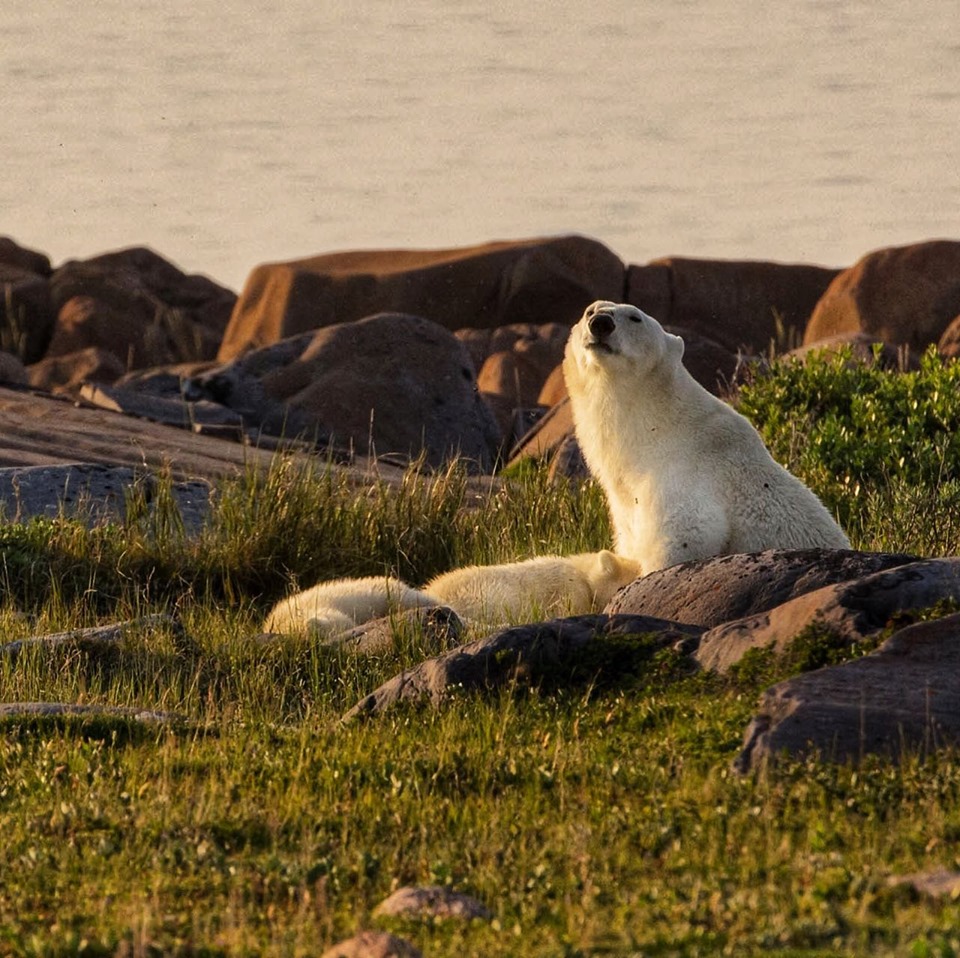 A polar bear family relaxes in the grass by the Hudson Bay in Churchill. Dorota Walkoski photo.

These three polar bear shots come to us from Great White Bear Tours in Churchill! Polar bears are roaming the tundra and ready to wait it out until polar bear season starts in October. Churchill in the summer is one of the most unique places to experience nature on the planet. Add in the thrill of seeing polar bears without the throngs of travelers in polar bear season and the opportunity to discover the wonders of Arctic nature.