I still remember  the most amazing and intriguing sounds of Churchill’s Arctic summer were the sounds captured from the hydrophone we would drop into the Churchill River when out on the water with the beluga whales. Those clicks, shrieks and shrills coming from the depths of the chilly water mesmerized travelers and myself often for hours. Belugas are in fact nicknamed the “canaries of the sea” because of the incredible cacophony of sounds they produce.

These sounds are the mammal’s main form of communication and a key to their survival. At least half of the year belugas are navigating in the dark…quite literally. Under the sea ice in dark waters far north, these whales rely on sound from echolocation off the ice as well as communicating with each other. Sound without sight is their world a good part of their lives.

Biologists have begun to decipher the complex system of communication placing behavioral actions to the different and quite distinct clinks and squeals. hydrophones with recording ability are helping extensive research away from the beluga’s natural habitat in the Arctic.

However communication isn’t the only reason for belugas emitting sound through their nasal sacs near their blowhole. They have no vocal chords.These whales also use rapid strings of clicks to echolocate  surfaces and food in their environment. The clicks bounce back to them and absorbed in their bulbous melons of their foreheads to form shapes and identify the prey. They also can wiggle the melon somewhat in order to specifically aim these sounds in different directions. Their unique ability to interpret returning sound wave lengths works just like our eyes work for humans.

Evidence that beluga communication develops when calves are born stems from the evidence that a community of whales acting as sisters, aunts, cousins and grandmothers care for the calves as “allmothers”. They even produce milk when babies from other mothers are born regardless if they have a nursing calf or not. This early exposure to a language sets the base for more to come as the calves develop and interact with the pod.

Controlling the human – made noise in waters inhabited by belugas is of paramount importance to preserve their language and ability to communicate.

Churchill Video of the Week-Polar Bear and a Spy Cam

A curious polar bear on the pack – ice investigates and then dismantles a spy cam set up on a powered pod. The footage of the bear up close is pretty cool and funny as well. Since there’s generally not much movement out on the ice anything will catch a bears attention. Polar bears sense of smell is strong and any new odors will attract them. Have a look at this funny polar bear video!

In honor of Earth Day churchillpolarbears.org is requesting submissions of your favorite polar bear or other Arctic wildlife photos.You can post or share to Churchill Polar Bears Facebook page. In addition we request that you also include a short description of the photo as well as an idea for conserving energy as a means to fight global warming. We will publish them on the site over the coming months and give photographer credit for all images. The challenge is to raise global warming awareness and the affects on polar bears. What a great way to celebrate Earth Day and take a pledge to make this Earth year with stimulating ideas on how to protect the planet!

Here are some of our favorite images from Churchill celebrating the pristine wild of the sub- Arctic region!

These two images by Katie de Meulles in Churchill just this past week are really great shots of a pine grosbeak perched on a spruce in the boreal forest. The red, green and blue all make for a vibrant color scheme. The flight shot gives a sense of motion that is caught without much fuzziness in the image. Churchill has incredible bird-life as spring transcends to summer. 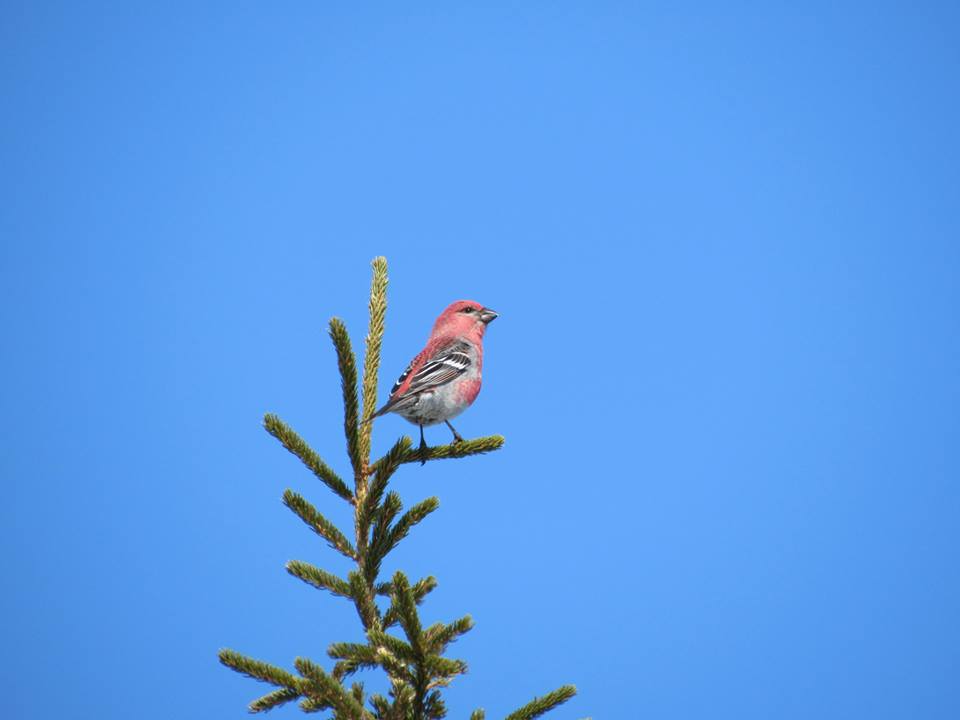 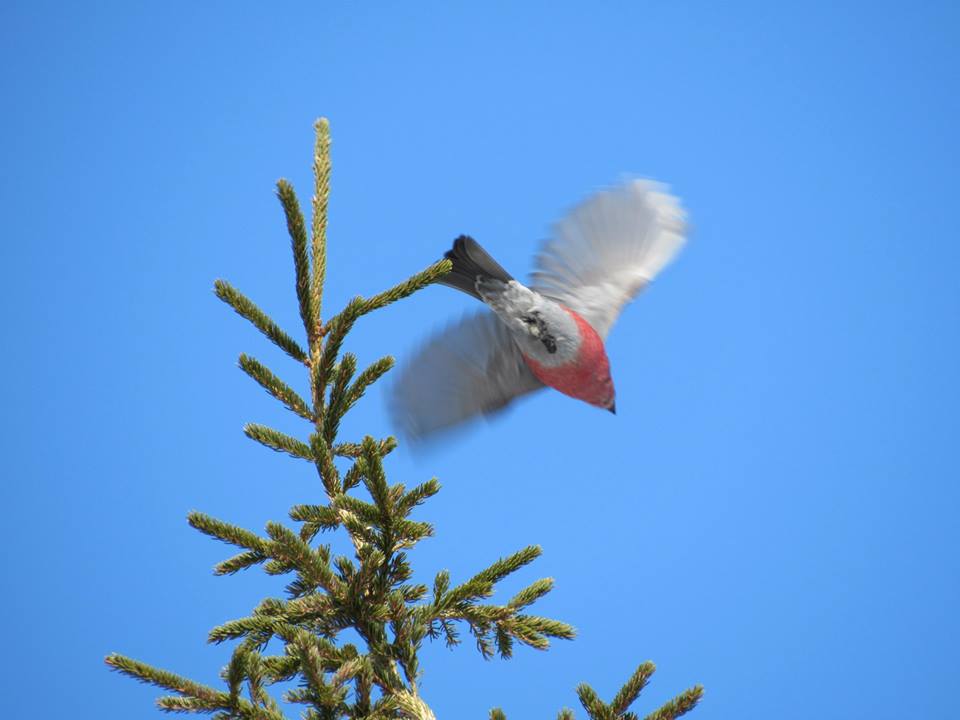 Churchill Photos of the Week-Northern Life

These photos from Churchill are from local contributor and old friend Katie de Meulles. The northern lights continue to shine in the sub-Arctic skies and these have some different foreground features. With spring coming the birds are starting to appear across the landscape as well. These are some fun shots from northern life near Churchill….enjoy!

Northern living in Churchill….couch on a sled being pulled by a ski do. Katie de Meulles photo.