Arctic Gateway is committing extensive man hours to the cause of bringing the Hudson Bay Line north to Churchill once again! it seems like a distant memory now of the drama of the deadlocked stalemate between Omnitrax, the Canadian Government and any prospective buyers of the port and the Hudson Bay Line. However, we are all moving on and looking toward the bright future of an operational port and rail-line linking the town of Churchill with the southern regions of the province. These awesome photos from Arctic Gateway show how new technology will help prevent future damage to the rails through washouts. Stay posted for more updates and news from the tundra.

Arctic Gateway Group, the new owners of Churchill’s Port and the Hudson Bay Railway (HBR), have been greeted with a rocky start to their new venture. Saturday evening a freight train with three engines and 27 cars carrying petroleum derailed in the remote town of Ponton, Manitoba when a rail bridge gave out killing one and severely injuring another worker.

One rail worker has passed away and another is in hospital with serious, potentially life threatening injuries. RCMP confirmed that a 38 – year -old worker was deceased and another 59 – year -old was in grave condition after being extricated from the locomotive. Both workers hailed from The Pas, Manitoba, the end point of the HBR.

“Sadly, one of our employees working on the locomotive has been confirmed by authorities as deceased. A second employee has sustained serious injuries and has been airlifted to hospital,” says a statement issued by the Arctic Gateway Group, the company that operates the railway. “The RCMP is in the process of notifying the families.

“The Arctic Gateway Group will be also be making direct contact with family members and all of our employees and communities in the coming days as we all attempt to cope with this tragedy,” the statement continued.

RCMP responded to the derailment around 5:45 p.m. Saturday via helicopter after a pilot of another helicopter spotted the wreckage 145 kilometers southwest of Thompson, Manitoba, the hub of the region.

Sunday, RCMP spokesperson Sgt. Paul Manaigre stated that due to the remote location of the crash site, the derailment might have happened “hours” prior to police arriving on scene. According to Manaigre, both of the trapped men were conscious and responsive to officers when they arrived.

One of the men stated that no bridge was seen as they emerged from a turn in the track.

“I can’t imagine — it’s not like a vehicle, you can’t stop right away — once they saw that I imagine they knew what was coming,” Manaigre said, adding investigators are still looking into whether or not the bridge was standing at the time.

“We’re not sure, was it washed out or was it just partially damaged and when the train went over it took the rest of it out? Obviously there’s a few scenarios that have to be examined.

“The focus is going to be on what happened in front of that locomotive prior to the derailment.”

Speed of the train when the accident occurred has yet to be determined by investigators according to Manaigre.

President of AGT Foods, Murad Al-Katib, a partner in Arctic Gateway Group has been on scene.

“It’s very, very early, but we will do our best to give further updates,” he said.

“Our hearts are heavy today, and we are very sorry for our loss and our prayers are with the families.”

With the danger of petroleum leaking out of the derailed train cars, HAZMAT crews have been on location to mitigate any spills. However, at this point the Arctic Gateway Group said they don’t believe any leakage from rail cars has occurred.

“The Arctic Gateway Group is monitoring this situation very closely, and we have been advised that at this time there does not appear to be any significant environmental danger to nearby areas resulting from the derailment,” says the statement from the company.

An investigation by Transport Canada is ongoing with assistance from RCMP.

Transport Canada said two inspectors are at the derailment site and have confirmed none of the cars are leaking In a statement released late Sunday.

Whether you liked or disliked Brian Ladoon, the man was a legend and all around character in the sub – Arctic village of Churchill, Manitoba. His viking persona evoked a movie star aura whenever he was spotted around town or out at mile five where he kept his rare Eskimo sled dogs. Brian passed away yesterday in Churchill. He will be missed by so many! 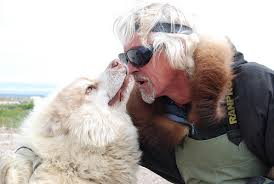