Although polar bears may construct temporary winter shelters in order to escape severe weather, usually only pregnant females den for any extended period of time. Males and other bears that do not den may enter a physiological state called ‘walking hibernation,’ in which they remain awake and active. 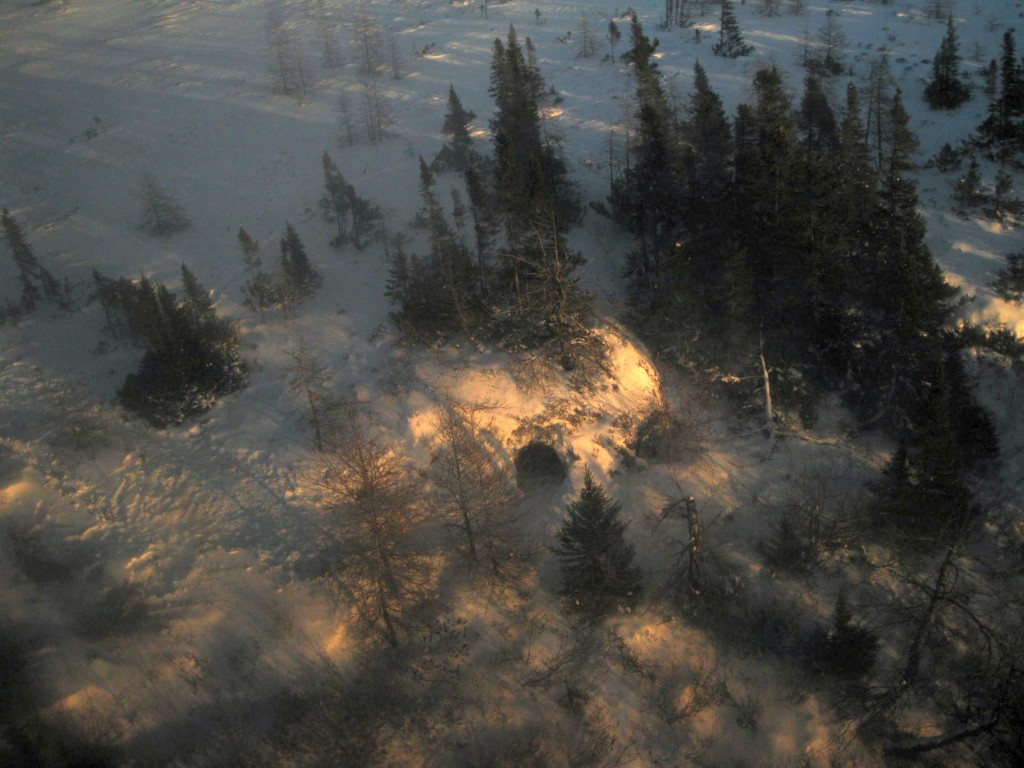 During normal hibernation, bears obtain whatever energy and water they need from metabolizing stored fat. The daily amount of energy needed to sustain a 440-pound polar bear is equal to the energy value of about two pounds of seal blubber. In winter, polar bears also live off fat, but it is seal fat rather than their own body reserves. “If a polar bear were to eat a lot of protein when it is –50 or –60 degrees Fahrenheit,” says Dr. Jonkel, “then they would need a lot of water in order to get rid of the nitrogen wastes. That would mean they would have to melt the cold snow in their mouths. By restricting food consumption to mostly fat, they circumvent that need.”

Denning usually begins in early winter. Typically, these maternity dens are dug into snow banks, often on south-facing slopes near the coast. The largest dens may be three feet high, over eight feet wide and ten feet long inside. These chambers are generally oval rooms connected by an entrance tunnel leading in. Because of the insulating qualities of snow, the heat given off by a denning bear may raise the den’s air temperature to as high as 40 degrees Fahrenheit, even when outside temperatures are far below freezing.

Periodically in the winter, changes in the wind direction may cause the roof of a bear’s den to become thin or to even split open, making it unsuitable for use. When this occurs, the female will leave and either dig a temporary den, or re-occupy a deserted one. The proportion of temporary dens being used is higher in years with little snow.

Another unique feature of bear ecology in the Churchill area is the use of summer dens. Dug down through the tundra to permafrost, these dens are used as cool retreats for overheated bears. The bears doze away the summer months, lying on the ice, expending minimum energy. Some of these summer dens appear to have been in use for hundreds of years.

Polar bear denning sites are concentrated in at least 17 locations over the circumpolar range of the species. In 1969, one of the world’s largest denning areas was discovered in a forest and lake region about 40 miles south of Churchill by Dr. Jonkel. In an effort to protect its own Cape Henrietta Maria denning site, the Canadian province of Ontario has designated an area of more than 6,000 square miles as a provincial polar bear park. 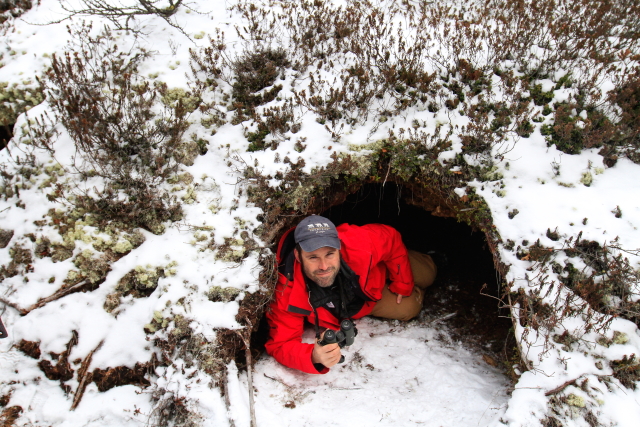