Treeline
The treeline is the border between two of the world’s great ecosystems: the austere taiga, which is primarily coniferous boreal forest, and the immense and treeless tundra to the north. At the treeline, the taiga and tundra meld and merge in erratic intermingling fashion, as local conditions of soil, moisture, humidity, elevation, precipitation, and permafrost favor or foil the growth of trees. Islands of tundra occur deep within the boreal forest, and oases of trees cluster in sheltered tundra valleys far north of the treeline. Sparse groups of spruce stands weather the wind on the open land and often have branches only on the leeward side. This effect is known as Krumholz. 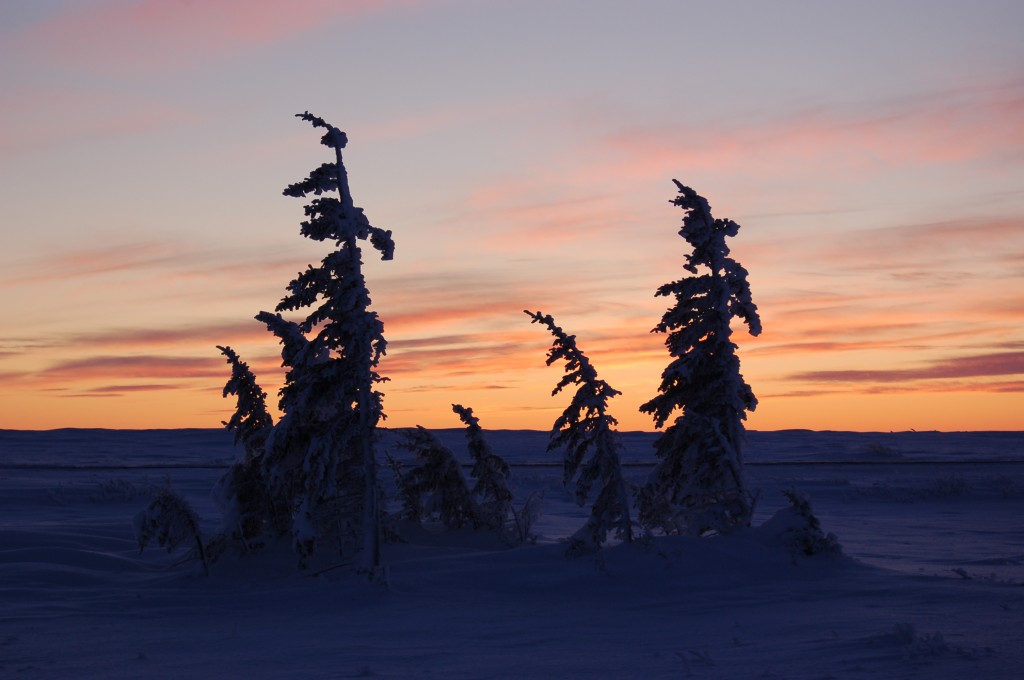 This line was once the division between human communities. Essentially, the Chipewyan and Cree tribes were a people of the forest, while the Inuit called the tundra and the northern coasts home. Today, the treeline is still a border for many animal species, and this division can often be quite abrupt. The snowshoe hare and its archenemy, the lynx; the red squirrel and its twin foes the marten and fisher; the crossbills, siskins, thrushes, woodpeckers, chickadees, kinglets, and grouse venture to the forest edge, but rarely beyond. To other species, such as ptarmigan, musk ox, arctic fox, and snowy owl, the tundra is home. And a few, like the caribou, commute and spend summer on the tundra and winter within the forest belt. In addition, 10,000 species of insects exist in the boreal forest, while only 500 species live just north of it on the tundra. Unfortunately, the two main insect scourges of the north – black flies and mosquitoes – torment man and beast and fill both the tundra and the taiga with their legions.

Taiga and tundra are completely different realms. Except in the northern portion of the boreal forest, where trees are often widely spaced, the taiga is a gloomy place – the forest encloses, shelters, and protects. Boreal forest covers about half of Canada and Alaska; its dominant conifers are the white and black spruces, balsam fir, and tamarack. This brooding, spired forest becomes increasingly open and park-like in the north. Near the treeline, however, mop-headed black spruces are the predominant species. Because they are shallow-rooted, they can survive even where permafrost – the concrete layer of eternally frozen soil – lies only a few feet beneath the surface. But poorly anchored and pushed by buckling sub-soil ice, the trees lean crazily, and many lie toppled; botanists call it ‘the drunken forest.’ 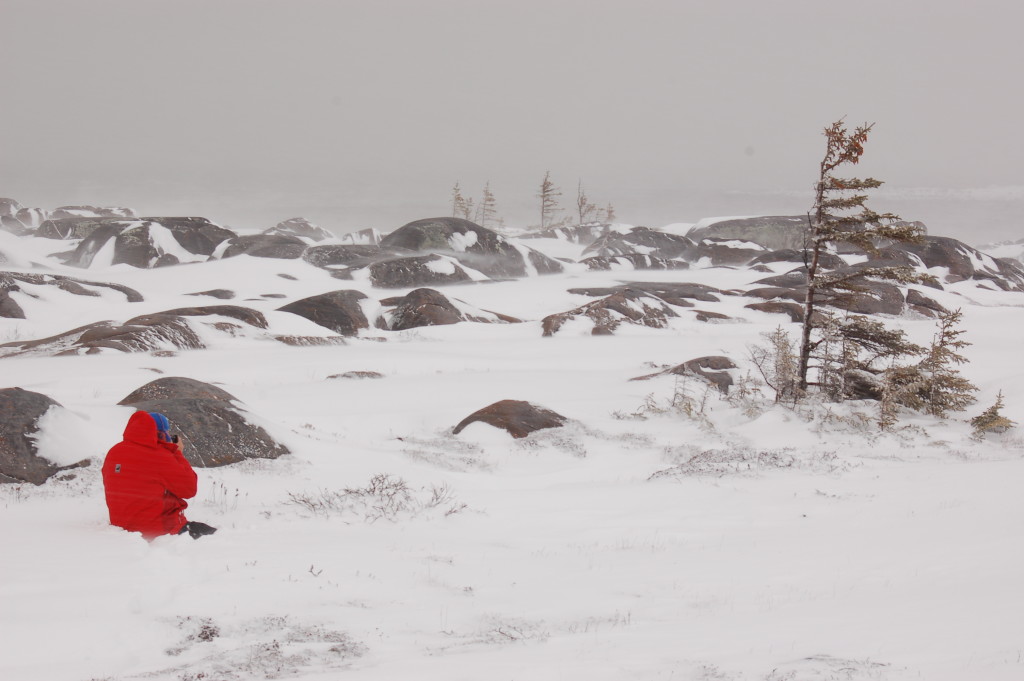 The wind sighs through the treetops, but beneath the blue-green canopy, the air is calm and cool – wind intensity decreases by ninety to ninety-five percent only fifty yards from the forest’s edge. In this deeply shaded realm, few plants can prosper; mosses, lichens, some wintergreens, and horsetails cover the forest floor, and young spruces struggle upward towards the life-giving light. Flocks of chickadees and kinglets flit and flutter high in the trees, busily picking insects and their larvae and eggs. Crossbills use their strangely shaped mandibles to open conifer cones; they pry the scales apart and extract the seeds with their scoop-shaped tongues.

In contrast, the tundra is open and spacious, awesome in its immensity, a land as vast and lonely as the sea. In winter, snow lies deep and soft within the sheltered forest belt, and indigenous people are able to travel on snowshoes and with flat-bottomed toboggans. On the tundra, however, winter storms sculpt and compact the snow until it is so hard that the Inuit’s sharp-edged sled runners leave a barely perceptible track, and snow can be cut into blocks and made into an igloo. However, the spring and summer on the tundra offer the visitor a very different experience. Charlotte Seline Bompas (1830–1917), wife of the first Bishop of Selkirk (Yukon), kept a journal that described spring and summer in the far north. She stated that:

“The rapidity with which the summer comes on here is quite wonderful. The ice only began to give way on May 13, and at that time, of course, the snow lay thick everywhere, and by the end of the month, the small gooseberry bushes were in blossom…every bush round seems to bear promise of berries, and we walk on a carpet of wild strawberry blossoms. At a quarter to ten in the evening, the sun sinks down almost in the same place where it rises, and then follows out a long, beautiful twilight. There is really no night, even now. And at two in the morning, the dawn begins and birds chirp-one very like a thrush.” 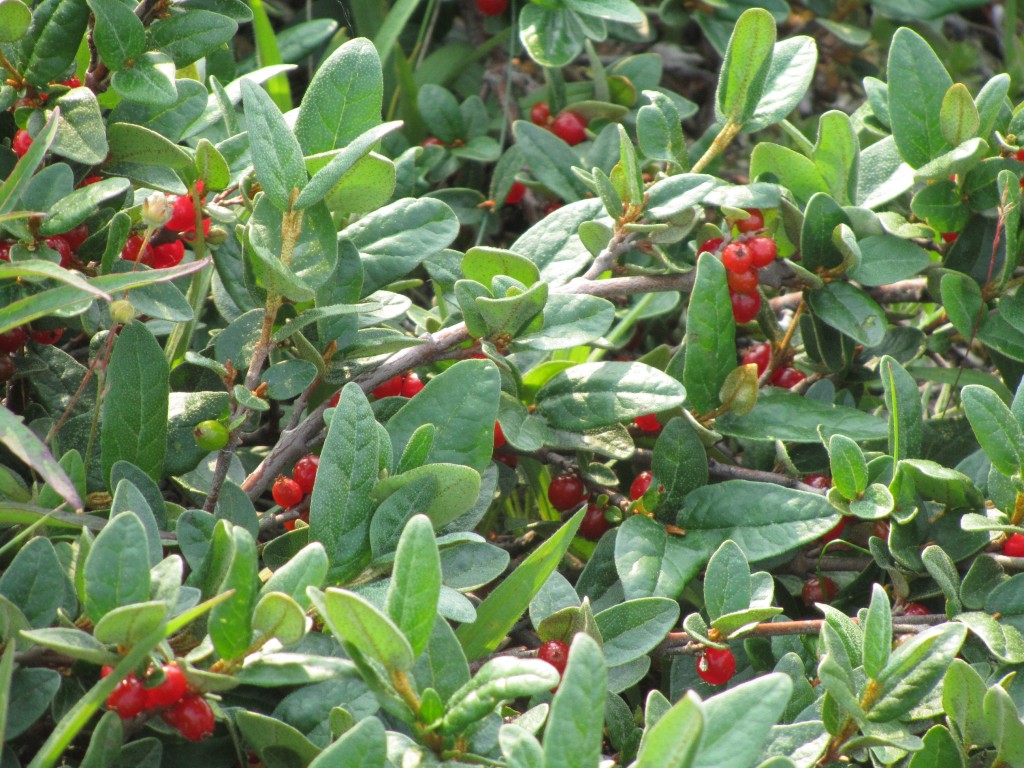 Berries growing on the tundra form a carpet of life. Natural Habitat photo.

Boreal botany is very unique, and the diverse flora of Churchill is representative of plant life throughout the barren lands. About 400 different native, vascular plants occur in the region, not including the abundant lichens, fungi, mosses, and algae. Horsetails, club mosses, ferns, conifers, and flowering plants, as well as grasses, sedges, and rushes abound. Lignon berries, crowberries, dewberries, and cloudberries grow right through a natural mulch of living sphagnum moss; minute orchids grow small spikes, which, in turn, sprout flowers no larger than a baby’s fingernail with forms as complex and colorful as any you find in a florist shop; and a miniature rose relative – the white-petaled, yellow-centered arctic dryad – can be seen on sand dunes near the beach and alongside creeping willow shrubs inland, as well as in boreal forest glades. It, along with the bright, reddish-purple legume the locals call ‘sweet vetch,’ is the most commonly found plant in bloom. 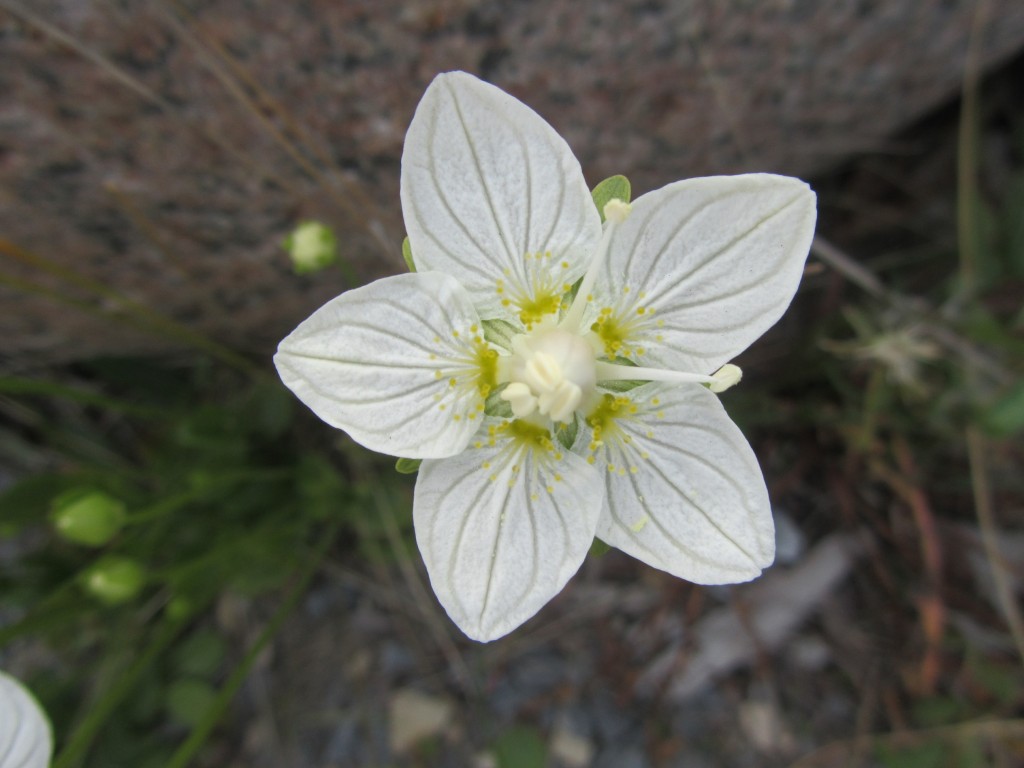 Churchill wildflowers bloom in stages throughout spring and summer. Grass of Parnassus is one of the more beautiful species. Steve Selden photo.

Plants throughout the Arctic survive in a cold, semi-arid climate, with only a three- to four-month growing season. Within these strict parameters, barren land plants have evolved characteristics unique to their environment in order to survive. For example, to adapt to the long, cold winter period, some plants, such as the wintergreen species, begin photosynthesis and grow underneath the snow in late spring. Given the dry climate, three-toothed saxifrage grows within the cracks of rocks, breaking down the rock material for nutrients. In very moist areas, a carnivorous species called Pinguicula vulgaris, or common butterwort, produces a flower that, at casual glance, looks just like a violet. But it catches, and then digests, tiny insects right on its sticky leaves.

This short growing season also forces barren land plants to sprout up, reproduce, and return to dormancy in a relatively short period of time. For this reason, the summer season exposes new crops of plants approximately every few weeks. One week the landscape will be white with the flowers of mountain avens, and soon after, the landscape will be purple with the bloom of Indian paintbrush.