The town of Churchill, Manitoba is always on “polar bear alert”. August through November are the high alert months and Manitoba Conservation officers are on a constant watch for polar bears roaming the outskirts of town and eventually making their way into Churchill itself. During this time, polar bears exist primarily off fat reserves accumulated from the winter seal-hunting season out on the vast pack ice of the Hudson Bay. When ice forms on the Hudson Bay, polar bears migrate out and start the long seal hunting season to replenish their bodies with protein.

When polar bears are hungry, like many other wild animal species, they gravitate any existing food sources. Churchill, a town of roughly 900 year-round residents, provides numerous food sources for these hungry animals. And, these food sources create various dangers for humans in the area.

Manitoba Conservation has created a year-round task force, Polar Bear Alert Program, that operates a 24-hour hotline (204 675-2327 or as locals know it 675-Bear). Whenever a polar bear is spotted near or within town that may cause a dangerous situation, people spotting the polar bear are encouraged to phone in and report the bear’s location. 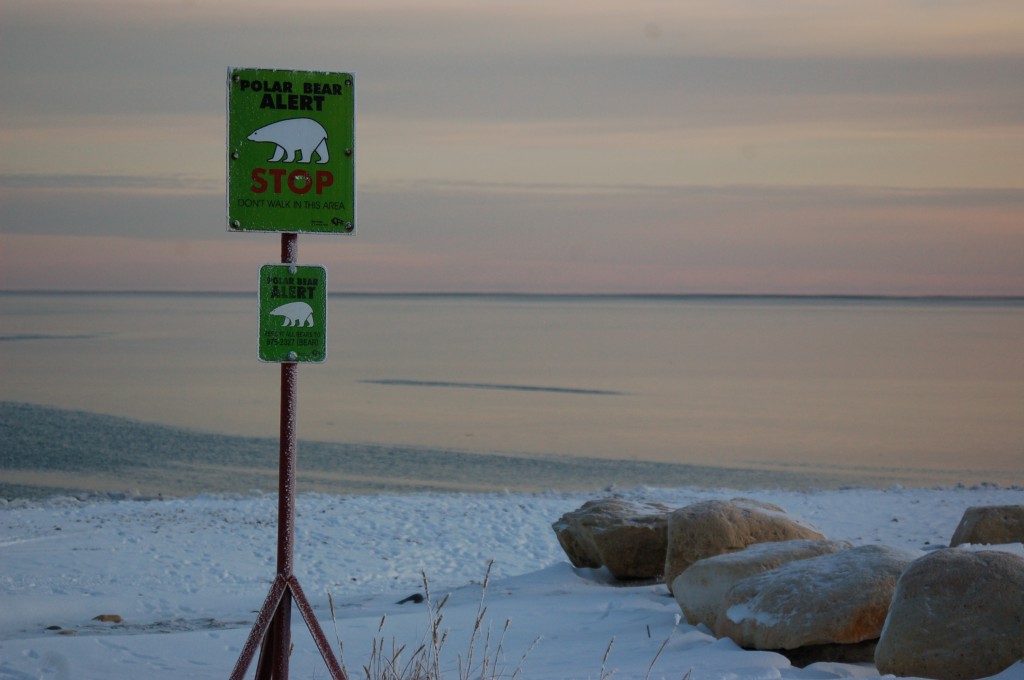 Manitoba Conservation abides by certain protocol. Here are the basic tenets they follow in protecting the public from polar bears:

When polar bears enter what is known as the “control zone”, conservation officers first attempt to scare the bears from the area by firing shotgun “cracker” shells in front of the animal. If the bear shows little resistance to this method a live culvert-style trap is set with some enticing bait inside the trap –door type mechanism.

When a situation arises that could pose an immediate threat the polar bear is immobilized with a tranquilizer-dart loaded to immobilize the animal. Following immobilization or being trapped, polar bears are relocated to the specifically built Polar Bear Holding Facility. 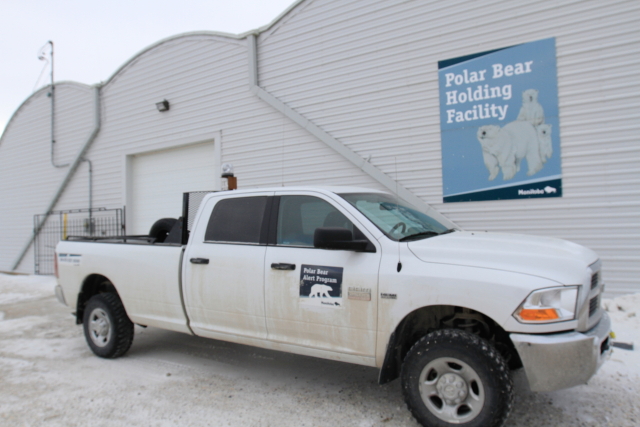 The holding compound can facilitate nearly 30 polar bears, either single or sows and cubs, during bear alert season ranging from summer through October and November. Five air conditioned cells are available in summer and a single heated cell for orphaned cubs is utilized in fall/winter.

This system of containing bears for a short time period and subsequently relocating some polar bears during high-numbers bear season via helicopter insures the safety of humans in the region to a higher degree. Most of these transported bear will not return to Churchill in the same season. When ice forms in the Hudson Bay around the end of November, polar bears housed in the holding facility are release out onto the ice.

The Polar Bear Alert Program has worked hard to educate people regarding how polar bears should be handled in the area. This education process has limited the number of polar bear interactions with humans as well as certainly saved countless polar bear lives through deterring them from potentially hazardous situations.

Some of the educational resources presented to the public by Manitoba Conservation include the publication of educational pamphlets and videos, annual classroom talks by officers, and open house events at the polar bear holding facility. Additionally, numerous green warning signs are posted around Churchill to warn people of possible highly dangerous area.