The small town of Churchill is an unassuming place amidst this hustle and bustle of a world. It is Canada’s only main port on the Arctic Ocean, and it is linked to the rest of the country only by the Hudson Bay Railway and by airplane. However, Churchill is significant in that it stands at an ecotone, or the juncture of three different ecologically and geographically defined areas: the boreal forest to the south, the Arctic tundra to the northwest, and the Hudson Bay to the north. It is for this reason that Churchill has maintained its significance through the years. 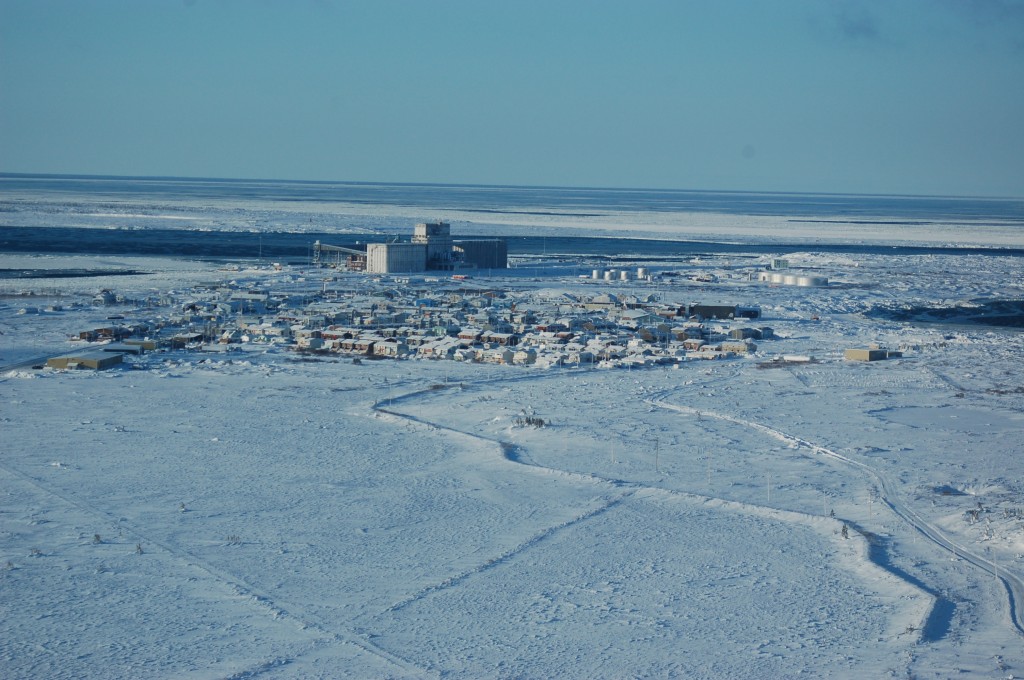 Churchill,MB with the port and grainery behind. Natural Habitat Adventures photo.

An annual population of about 900 residents or “Churchillians”, the population increases during polar bear season in October and November when more hotels and restaurants open to serve the thousands of travelers visiting the region to see polar bears. Even though the fall is the busiest time of the year for this frontier town, winter and summer are also becoming popular with travelers returning to see the northern lights and the amazing diversity of the Arctic summer.

Summertime provides a chance to see thousands of beluga whales in the Churchill River and winter is an excellent time to come to Churchill and see the amazing northern lights.

The incredible mix of native peoples as well as various European’s that have settled in town makes for a grand diversity and mix of cultures.