Churchill Photos of the Day

Some more fun photos from Churchill..Enjoy these three images from the north! 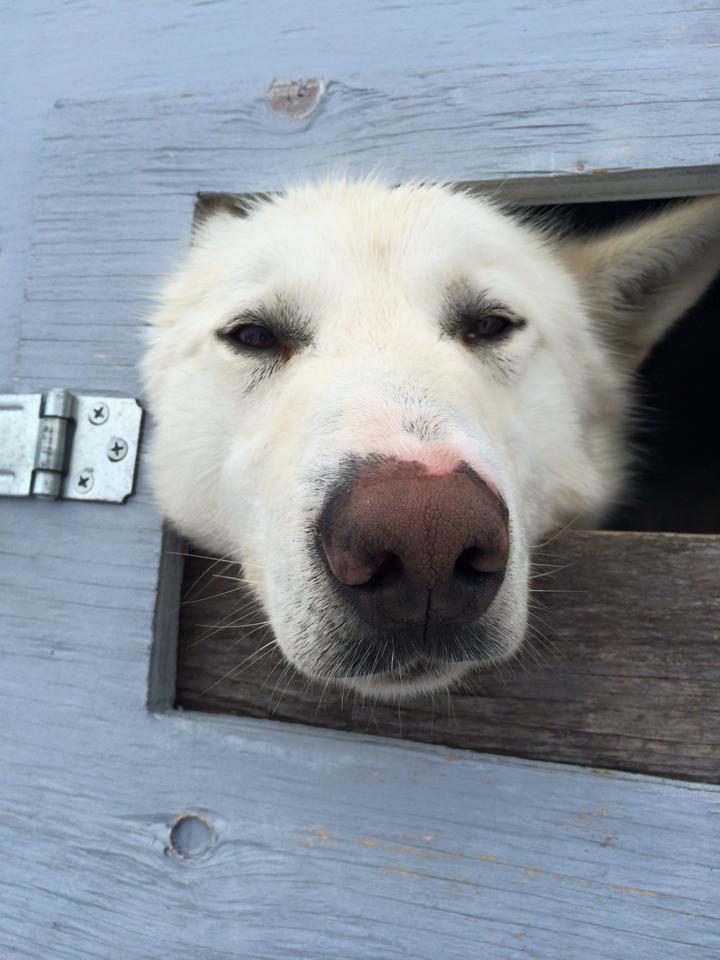 This photograph by long – time polar bear photographer and expert Dan Guravich is of the largest polar bear ever recorded…2, 209 lbs. Now that’s a lot of polar bear! Churchill is home to many large polar bears but this one is top of the heap. 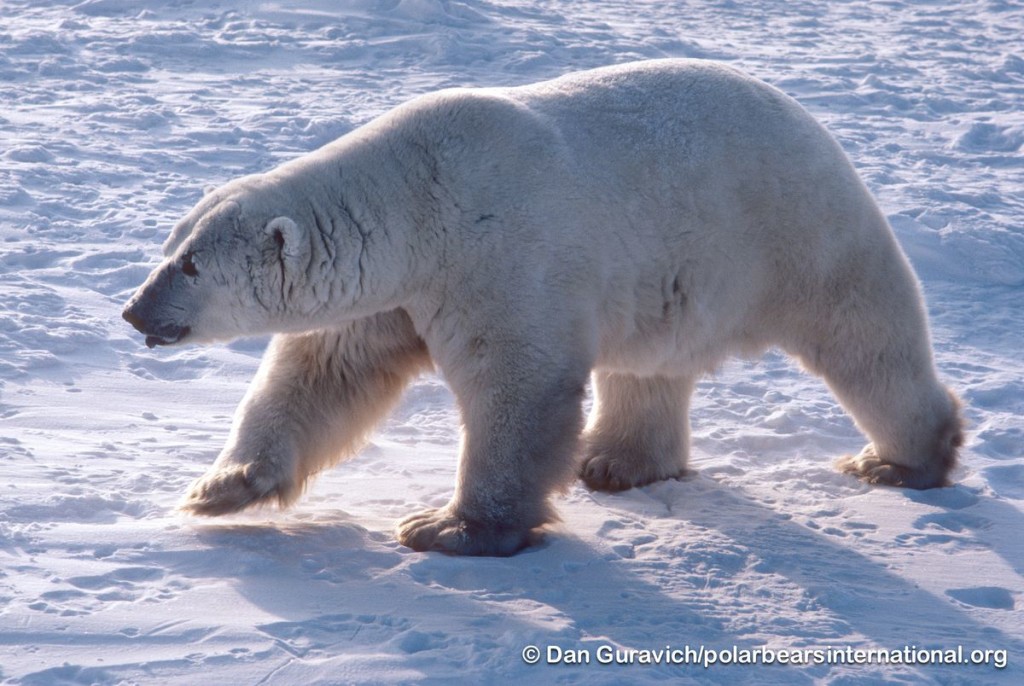 Polar Rovers are a safe way to get up close with the polar  bears of Churchill. Bears are attracted by various scents from the machines as well as travelers. In a land where food is the driving force or polar bears at this time of year, polar bears are keenly attuned in to any smells out of the ordinary. Enjoy these close encounters! 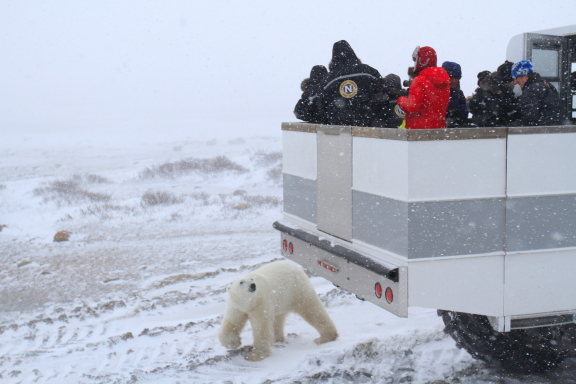 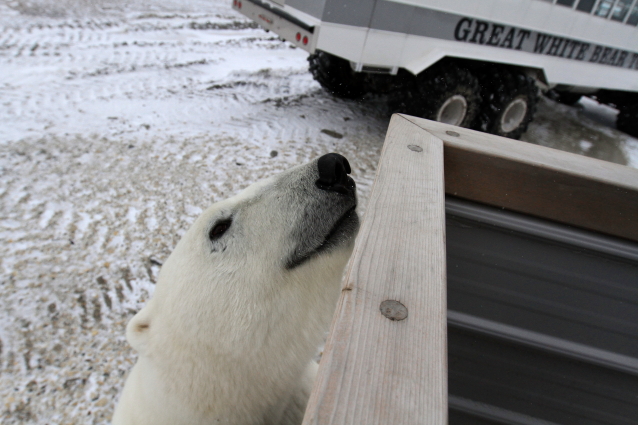 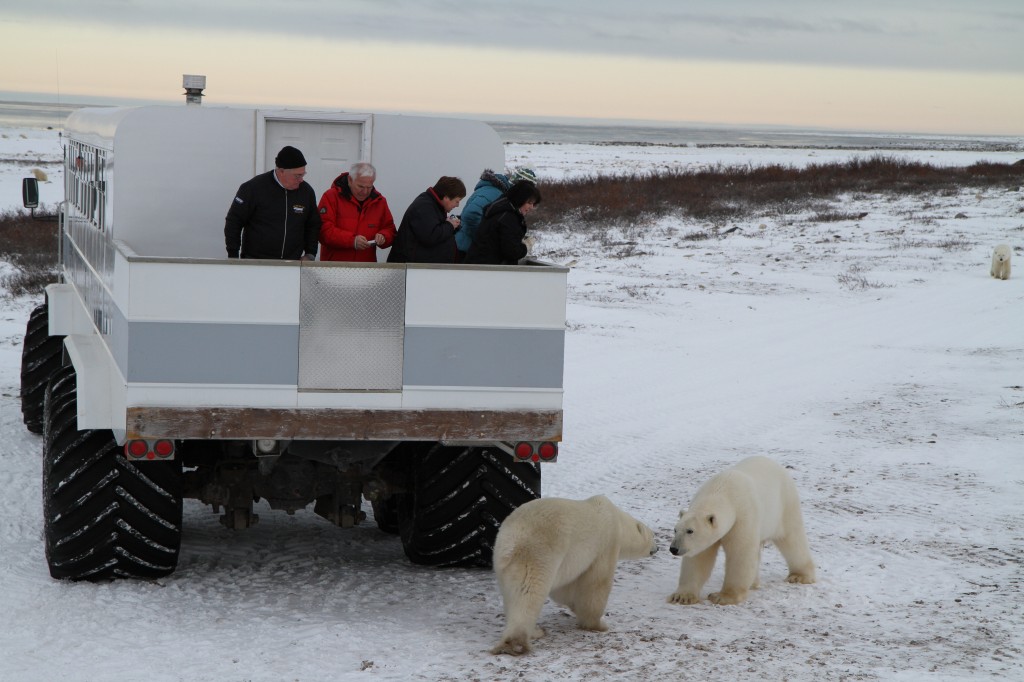 The first grizzly bear possibly ever seen in Churchill was spotted just outside the Churchill Northern Studies Center last Thursday in the late evening. A group of residents entered  the center and alerted the staff that they just saw a grizzly bear outside. A group of high school students staying at the center from Sisler High in Winnipeg and some staff rushed out to a second floor observation deck and shot this video. Assistant director of the center Heidi den Haan snapped a few photos of the bear before he wandered off.

“There’s very, very few sightings in the park. But to actually have one here? And to have everybody see it? That’s very, very rare for sure,” den Haan said. “We have polar bears coming around the centre all the time. We’re right on Hudson Bay. But grizzlies? There’s just this one. Oh yeah, this is definitely singular. The kids are extremely lucky to have witnessed it,” den Haan said.

The sighting comes just weeks after researchers in Wapusk National Park, known for its polar bear denning area, circulated photographs of grizzly and black bears roaming the tundra. The park is 100 kilometers southeast of Churchill. The researchers believe the bear spotted in Churchill and brown bears out in the park are barren ground grizzlies. These grizzly bears are a little smaller then Rocky Mountain grizzlies. They are also considered more aggressive. Omnivorous in their feeding habits these bears hunt caribou, ground squirrels, eat berries and scavenge carrion.

There have been reports of barren ground grizzlies mating with polar bears. Offspring from this hybrid match are called grolar or pizzly bears and sightings are extremely rare with the only reported sightings coming from the western high Arctic.

Stephen Atkinson, a biologist working with Nunuvut and Northwest Territory governments speaks to the unique overlap of boreal forest and tundra terrain in the Churchill region. This incredible blending of ecosystems allows one the possibility of seeing grizzly, polar and black bears all in one day or at least one visit to Churchill.  ” There’s nowhere else in the world you can see that, it’s an opportunity to see all three species of bear,” said Atkinson.

Researcher Doug Clark’s remote camera in Wapusk National Park captured all three bear species within a seven month time span in the same location. The camera’s are part of an ongoing research project supported by Parks Canada studying polar bear – human interactions in outlying field camps in the region. Since Churchill has three unique biomes that converge in one region, species can overlap. With climate change happening it becomes more feasible for species to roam from their natural range. Three bear species in Churchill are proof of this theory!