These three photos from Alex De Vries – Magnifico in Churchill are fantastic cloud shots over the vast Hudson Bay. The colors in the fall are intense and highlight all the features of the sub – Arctic village. Polar bear season is within a week now so stay close for daily blog posts throughout the season. Should be continuous exciting news from Churchill! 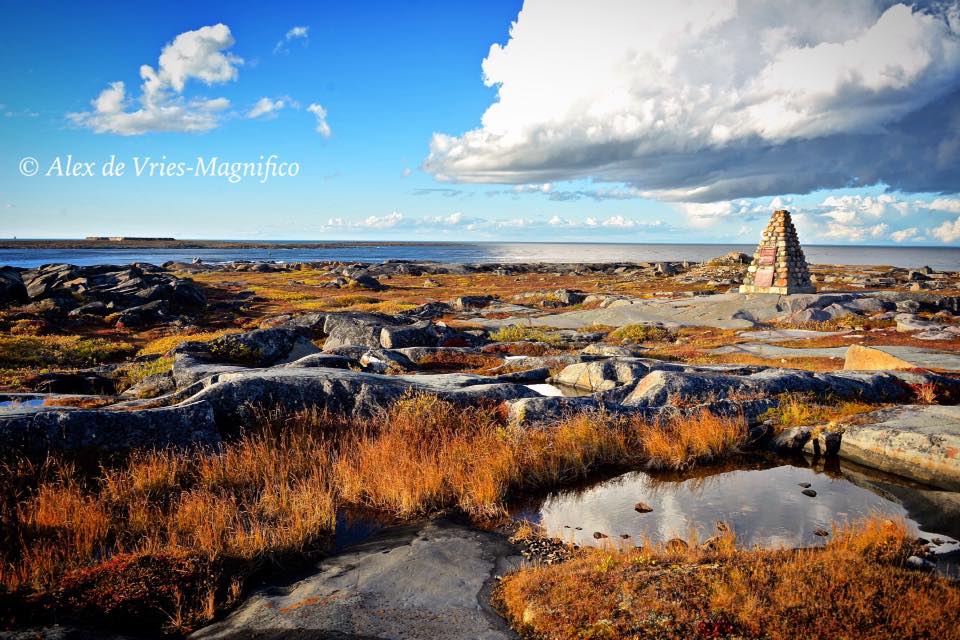 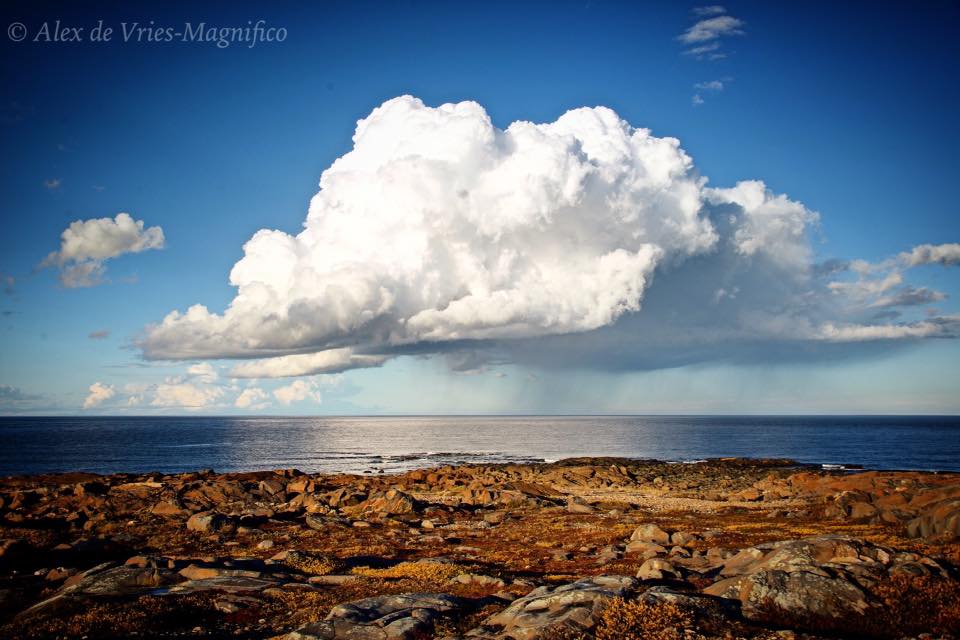 Recent photos from the HMS Erebus wreck site in the Arctic. Sir john Franklin and his crew sailed two ships, the HMS Erebus and HMS Terror into the high Arctic and lost their lives during the infamous 1845 expedition. HMS Erebus was found in September of 2014 and since then an amazing look into the past has captivated the world. The mystery of the HMS Terror continues while researchers search for that ship in the same vicinity.

Royal Dutch Shell Oil will halt oil drilling in the Arctic after an initial exploratory well in the Chukchi Sea produced weak results.

The Burger J well was drilled 6,800 feet in a basin that had company officials thinking they were on top of a significant reserve. Even though some indications of oil and gas there wasn’t enough to continue investing in the site amid the contentious regulatory resistance of the area. Shell will seal the well and abandon the site.

“Shell continues to see important exploration potential in the basin, and the area is likely to ultimately be of strategic importance to Alaska and the U.S.,” Marvin Odum, president of Shell USA, said in a statement. “However, this is a clearly disappointing exploration outcome for this part of the basin.”

The failure to find oil is a major setback for Shell. The company was hoping that this new arena of exploration would yield long reaching profits. Environmentalists have a more relieved feeling.

“That’s incredible,” said Margaret Williams of the World Wildlife Fund in Anchorage.  “All along the conservation community has been pointing to the challenging and unpredictable environmental conditions. We always thought the risk was tremendously great.”

An activist looks towards the rising sun as she hangs from the St. Johns bridge as part of a protest to block the Royal Dutch Shell PLC icebreaker Fennica from leaving for Alaska in Portland, Ore., Thursday, July 30, 2015. The icebreaker, which is a vital part of Shell’s exploration and spill-response plan off Alaska’s northwest coast, stopped short of the hanging blockade, turned around and sailed back to a dock at the Port of Portland. (AP Photo/Don Ryan) ORDR106 (Don Ryan / The Associated Press)

Shell has invested billions to get to this point in the Chukchi Sea and still have interest in further exploration. The oil company had the support of Alaska officials and business leaders have endorsed Shell for oil exploration in the area to bolster the trans-Alaska pipeline, which is now functioning at about one-quarter capacity.

Highlighting many of environmentalist’s concerns of Arctic exploration, one of Shell’s drilling vessels had some safety issues working in the Arctic. The ship broke away from its towline in the Gulf of Alaska and ran aground near Kodiak Island.  A $12.2 million fine was paid by sub-contractor owners of the Noble Discoverer, after pleading guilty to eight felony maritime safety counts.

An incredible sunset photo in Churchill by Rhonda Reid! Enjoy! 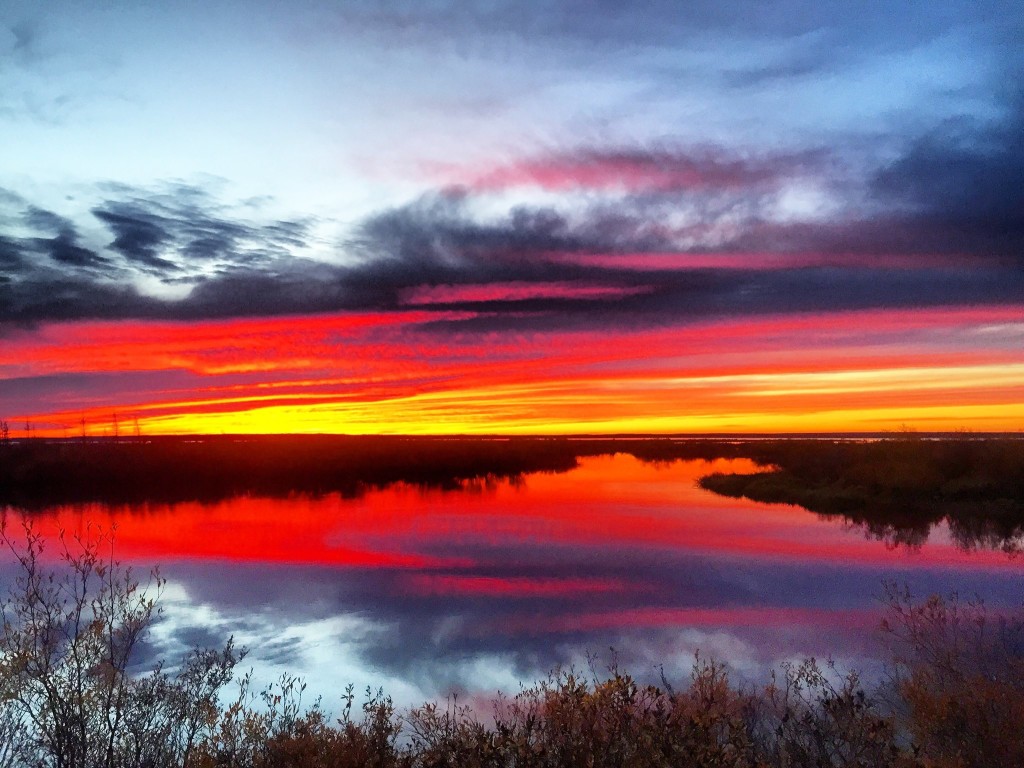 When pre – polar bear season news is slow in Churchill, one can always find something quirky and new about the frontier town on the shores of the Hudson Bay. Take a look at this wild photo of a plane fuselage on a train car in Churchill. 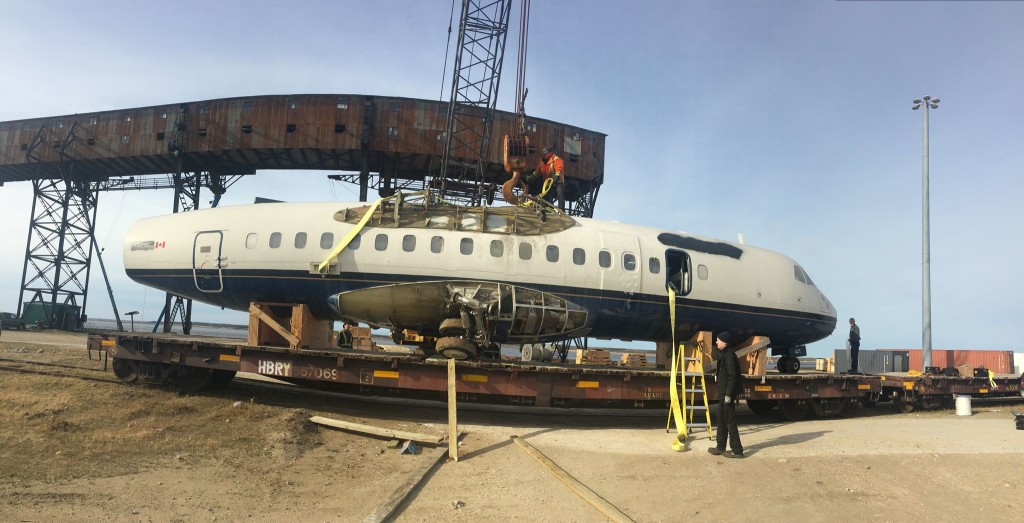