Churchill has been through some tough times lately. Floods resulting from two huge March blizzards have eroded nearly 20 sections of train track from Gillam to Churchill. Eighteen artists from around the world have journeyed to Churchill for the ocean conservation event known as Sea Walls Festival. A couple of the artists have come from as far away as Brazil and New Zealand. With them comes the hope and inspiration this town needs! 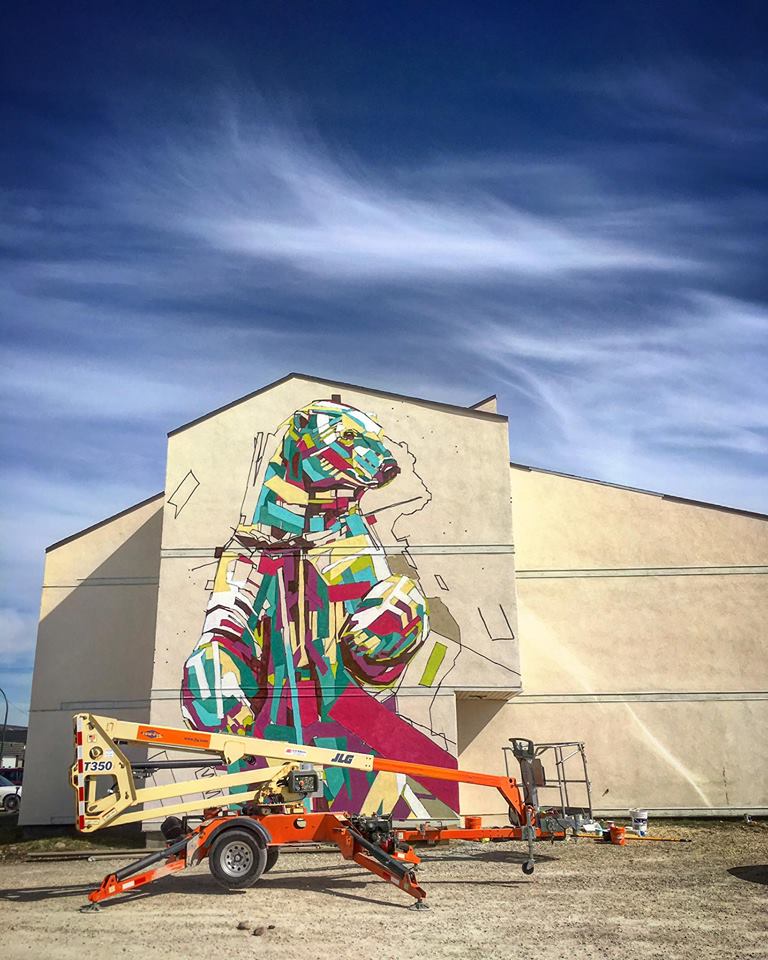 “I just think it’s really amazing to be mindful of communities like this,” said New Zealand artist Elliot O’Donnell, who makes art under the name Askew One.

“We live in a world that is increasingly refocused around city life, and we forget sometimes about the people who live in these really remote places and just kind of how delicate the situation is.”

The artists involved in this project hope to bring awareness to the importance and urgency of protecting the world’s oceans. Part of that protection process involves global warming and its effects on the rest of our habitat. 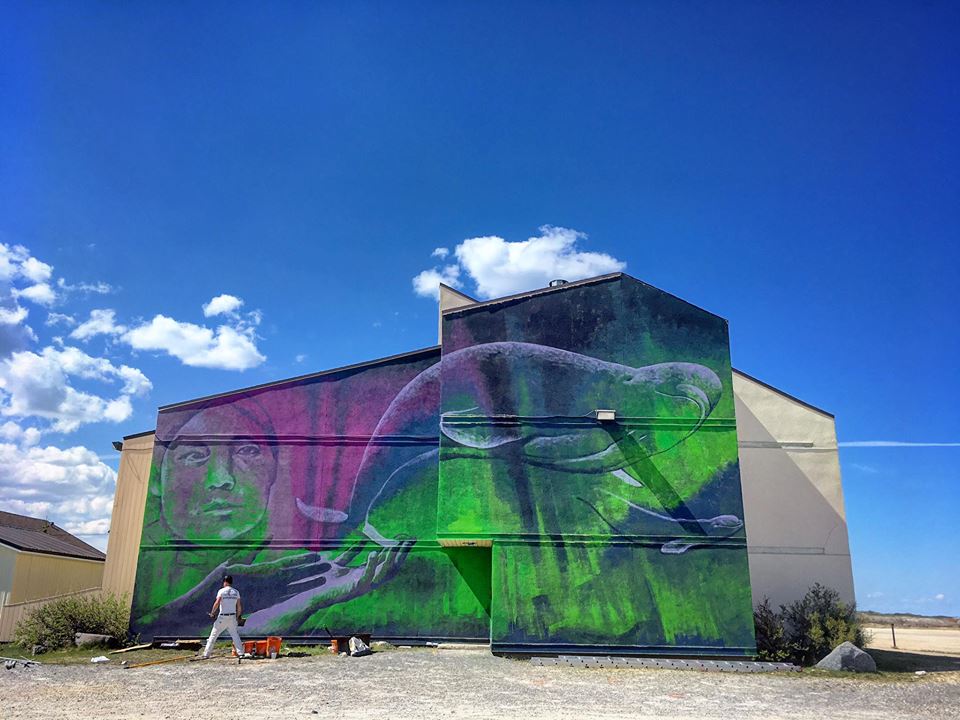 “It’s the ocean that connects us so our relationship with the ocean is very important, and it’s also a very precarious sort of relationship,” stated O’Donnell.

Churchill, on the edge of civilization in the north of Manitoba, has had extreme weather conditions this spring leading to the destruction of a major lifeline of the town, the Hudson Bay Line.Without this transport mode Churchill faces rising costs in food, fuel and other vital supplies to the community. With airplanes the only mode of transportation at the moment, costs will rise for shipping. 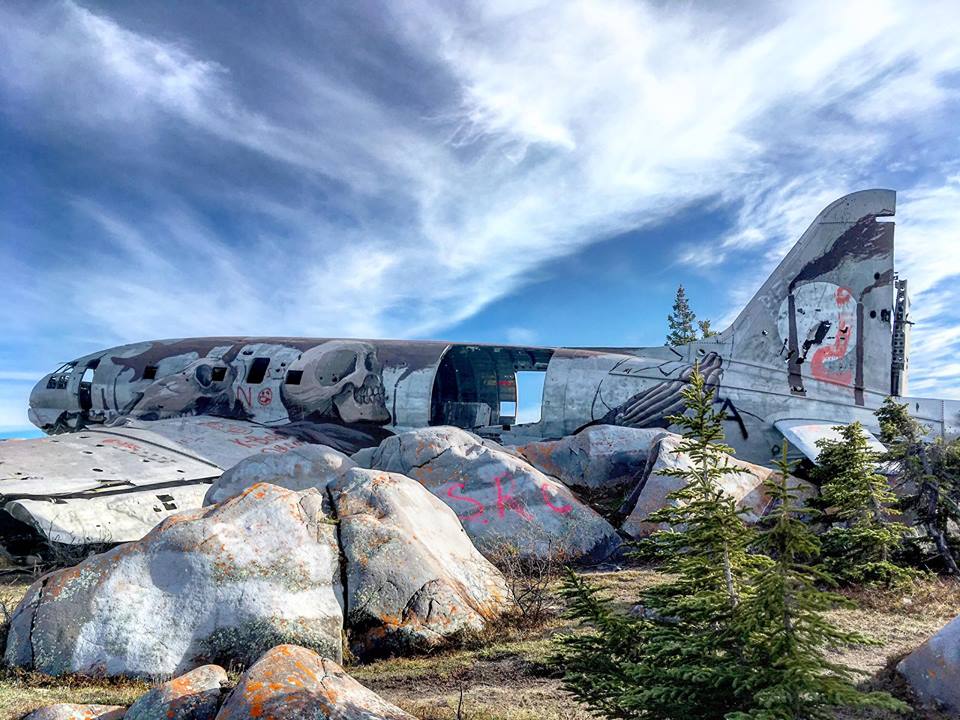 The delicate relationship between community and environment is something many of the artists are portraying in their murals. And with the current conditions getting worse we need all the extra motivation and inspiration we can get. Happiness through hope can be conveyed through these unique artworks.

“That’s the underlying tension in this town. It’s the drama under all the stories. It’s really about this kind of symbiotic relationship between man and nature here,” he said.

The Sea Walls festival will run through June 26.

One of the Hudson Bay Line’s washouts between Gillam and Churchill. Omnitrax photo.

Omnitrax does not have the resources to repair the Hudson Bay Railway and is urging the Canadian Government to get involved to help get the trains running again according to Merv Tweed, President of the company’s Canada management team.

“We’ve said publicly that we believe the province and the federal government have to be involved in this. It is a natural disaster,” Omnitrax Canada president Mervin Tweed said Friday.

Omnitrax is claiming there are at least 24 track sections between Gillam and Churchill, Manitoba that were severely damaged during the spring thaw and floods. Given the complexity of accessing the tracks and the permafrost base they lay on, the company is forecasting spring 2018 as the earliest time the repairs will be completed.

Flooding has caused some of the Hudson Bay Rail line to be underwater. Omnitrax photo.

Omnitrax has conducted aerial photo surveillance revealing long stretches of water submerged tracks, culverts displaced and suspended tracks above the ground with water running under them. This type of damage will be difficult to repair with expediency and forethought for future flood damage.

The Canadian government has not committed to any help before knowing what the costs will be.

“I mean, they’re being cautious. It’s hard to do something until you know — like us — what it’s going to cost,” said Tweed.

The Hudson Bay Railway is a lifeline between Churchill and the south. Trains typically bring up everything from fresh groceries to propane gas for heating homes. as well as building materials and anything else needed by residents and businesses. Without this service the economy and lifestyle in Churchill will be drastically affected.

The assessment, including 300 kilometers of tracks, 28 bridges and 600 culverts is beginning this week will take four weeks to analyze the tracks and two more to provide a comprehensive report detailing the process of repairing the line.

Tweed estimates the cost will be far larger than what Omnitrax can afford for the project.

“We don’t believe we have the resources to rebuild what needs to be done,” said Tweed. “Every time we go out we find something else.”

A difficult job ahead for engineers includes walking along the tracks and checking the stability of the line as well as taking soil samples in order to determine ground conditions under the tracks.

“Just getting to that site is going to be a real challenge,” Tweed said.

The tundra north of Gillam is saturated and many areas are covered with water slow to be absorbed by the permafrost – covered ground.

In the meantime, while the track is unusable north of Gillam, a  plan to utilize both the Port of Churchill and the town’s airport is being assessed and put in place to cover the shipping deficiency.

Tweed stated that some port, owned by Omnitrax,  employees have returned to work in preparation for aiding with additional shipments.

“We were optimistic about a pretty good rail season until the water hit,” Tweed said. 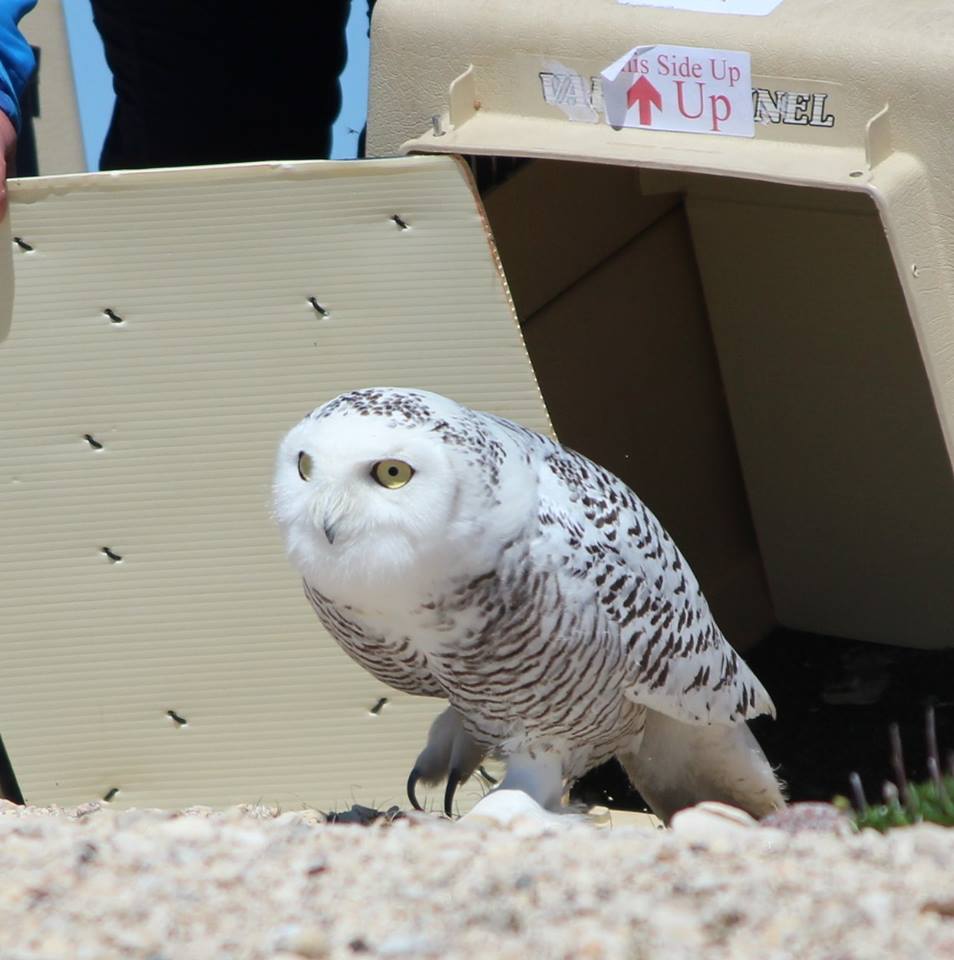