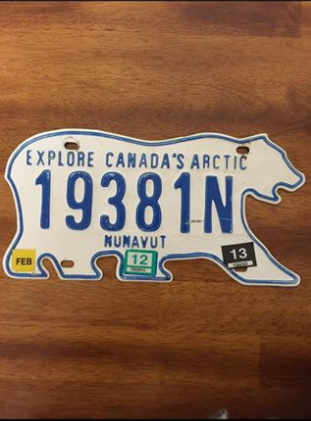 People have moved to certain regions just to get a license plate from that place. Would you move to Nunavut to get one of these? Let us know? Gasoline prices might be a factor in that decision! Churchill prices have been near $10/gallon at times.

Polar bear season in officially begins in October though recent Churchill summers have seen increased numbers in polar bear activity…or “inactivity” as polar bears at this time of year are pretty lethargic in nature. This family of three polar bears was spotted by Churchill local photographer and guide Alex De Vries – Magnifico yesterday while fighting off some pesky bulldog flies. These insects last for about two weeks and then are gone. Sometimes they are chased away inexplicably by a thunder storm.

Unofficially these are the first photos of polar bears in the area since last polar bear season in Churchill this past November. These bears are looking very healthy and ready to withstand the summer and early fall prior to the pack ice forming on the Hudson Bay. This is a good sign for the polar bears of the region! 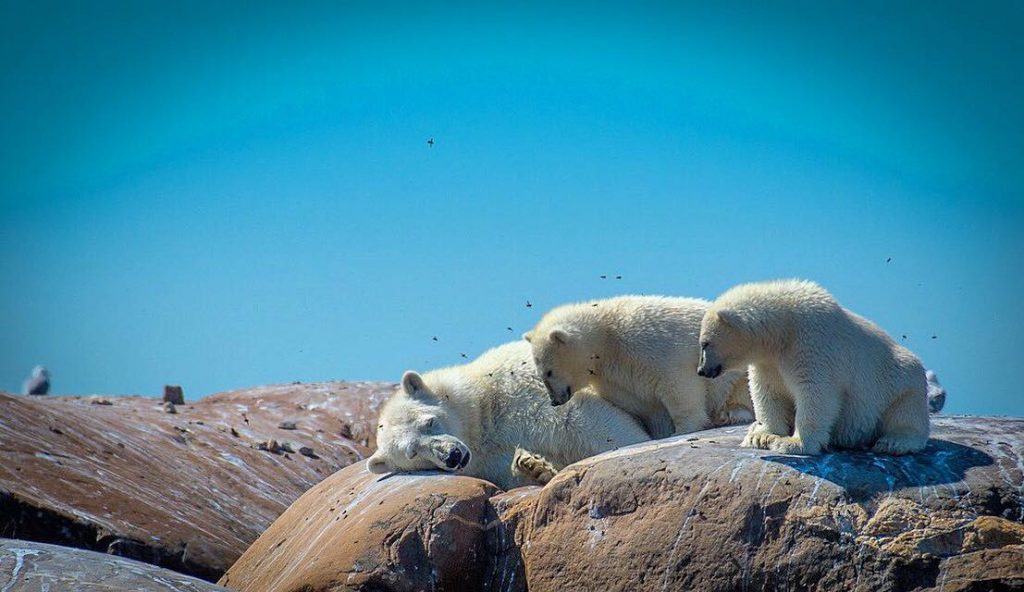 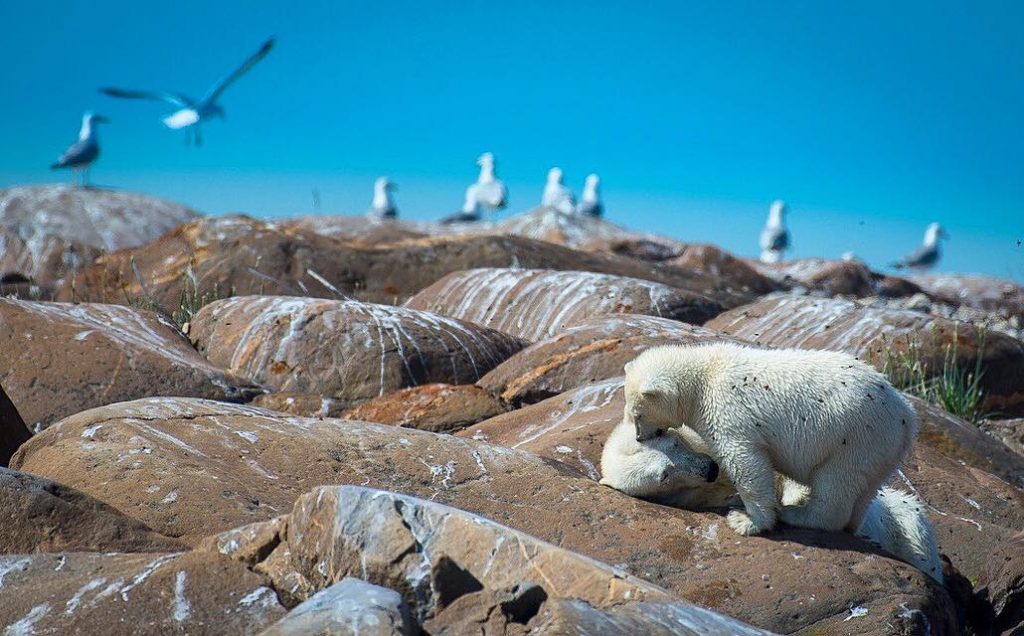 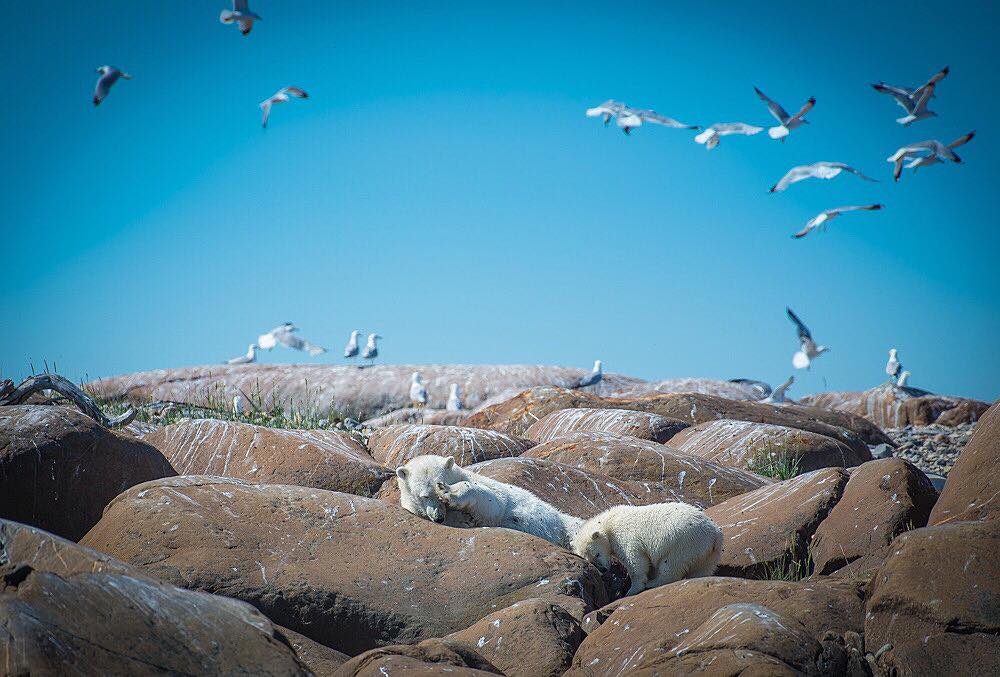 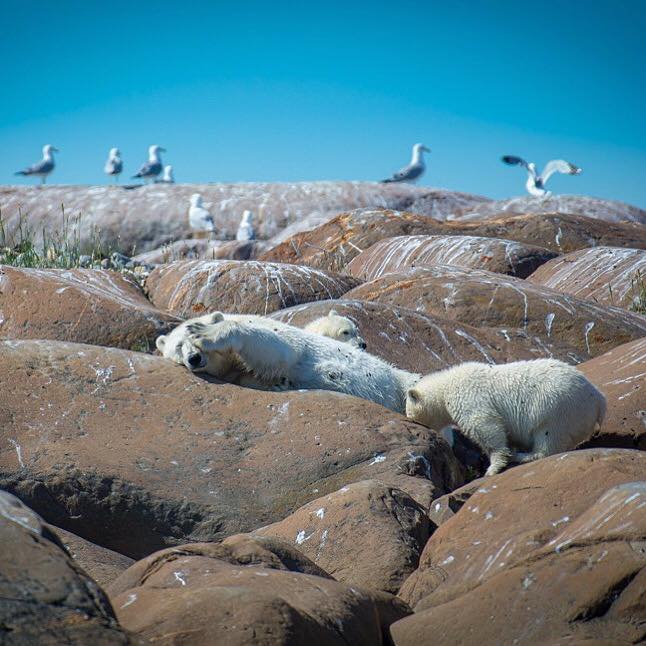 Enjoy this awesome short video from National Geographic with interesting facts about majestic Beluga Whales and their environment. Churchill Summer travelers are currently experiencing these magnificent animals right now in the Churchill River and Hudson Bay. We will be posting updates, photos and videos from Churchill periodically as the summer progresses. Stay tuned for all the exciting news from the “beluga capital of the world”!

The Photo of the Week comes from Rankin Inlet, Nunavut taken by Dustin IInik. The magnificence of the northern caribou herd is striking when viewed across the wide open tundra of northern Canada. I personally, at some point, would like to try and film footage from within the migration itself by possibly rigging a fixed camera in a position where it wouldn’t get destroyed. Churchill summer and Arctic summer on the whole reveal incredible wildlife experiences that show themselves when you least expect them to. Enjoy!