This polar bear shot from Churchill photographer Alex De Vries – Magnifico shows how polar bears are evolving in a time when global warming is limiting their ability to hunt seals in the winter season on the Hudson Bay ice. Seals closer to land in summer and beluga whales have become prey when they used to have no fears of being hunted in summer. Evolution at its finest!

The Hudson Bay Line is still in limbo with the Port of Churchill still up for sale by Omnitrax. This video was earlier in the discovery process of just what the next steps should be to repair and reinstate train service to Churchill. Churchill residents and town officials are getting fed up with the same old rhetoric they are being fed from Omnitrax and the Canadian Government! We’re hoping for a speedy resolution to the crisis. 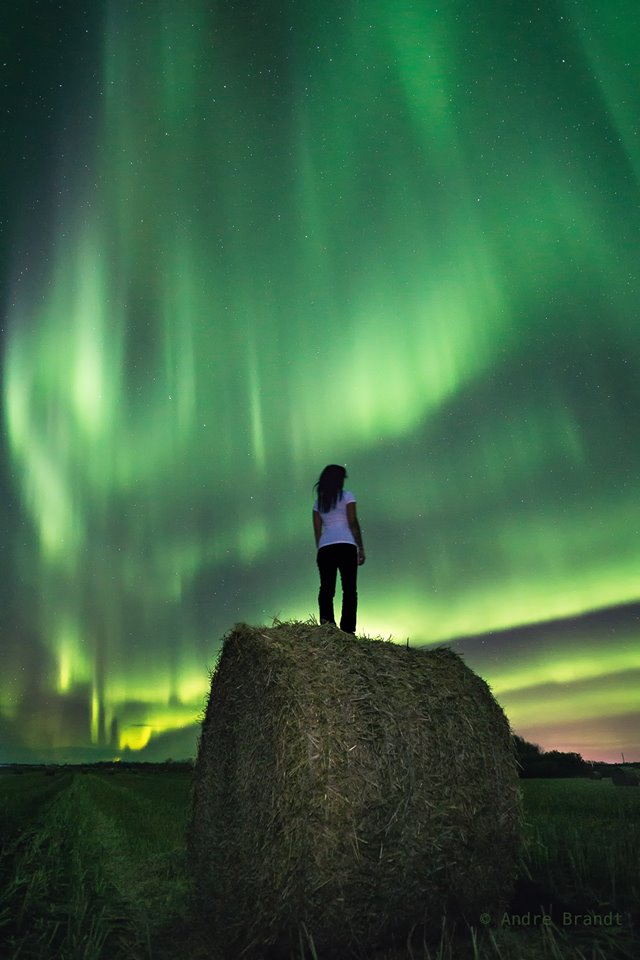 Just when you thought you had seen every possible breathtaking northern lights image a few times over, Andre Brandt has captured the essence of how these magnificent effects affect us as humans. Emphasizing how small we feel in the presence of the grandeur of nature, the human figure in the foreground standing on a hay bail is perfect!  Come to Churchill and see these incredible sky lights of the north. Enjoy!

Omnitrax, owner of the Port of Churchill and the damaged Hudson Bay Rail – Line, has apparently obtained an assessment of the severely damaged railroad tracks between Gillam and Churchill. After meeting with Transport Canada officials this past Monday, Omnitrax seems to have a clearer notion of what it will take to repair the tracks.

The company has not yet released the findings and any strategic, updated plan to commence work in the near future. After 13 weeks of inoperability, the Hudson Bay line still sits damaged by spring floods resulting from two historic March blizzards. An August 4th updated engineering report detailing estimated costs for repairs was obtained by Omnitrax though they vowed to divulge the findings only after meeting with Transport Canada.

In early July, repair estimates by Omnitrax ranged between $20 and $60 million which they emphatically stated were “not economically viable”. However, the Canadian government continually insists that the company is responsible via federal transportation laws to keep the lifeline to the north running. Transport Canada, the enforcing agency for the law will not initiate an investigation until it received specific complaints from citizens and other agencies.

Correspondence so far from complainants has not been addressed directly to movement of goods and rail line abandonment prompting responses from some Churchill residents that Ottawa and Omnitrax are dragging their feet in the process. Telling Churchillians they have basically not “complained properly” is not sitting right with many of the distraught residents.

Churchill Mayor Mike Spence, mayor of Churchill, instead of encouraging residents to file complaints with the regulator has instilled trust in Prime Minister Justin Trudeau. Trudeau pledged he would find a solution on July 28. Trudeau, however, hasn’t said how he plans to proceed.

Home Hardware owner Rhoda deMeulles exemplifies the business owners woes in town by expressing her frustration on lack of supplies due to no cargo arriving via rail. “It’s hard to realize what you need all at once,” said deMeulles, whose store is close to running out of construction supplies and cash.

“We feel like we’re in jail,” said deMeulles, who still loves the town she adopted 38 years ago. “We need help; we need our rail line back.”

Something has to give as the government continues to subsidize groceries for the town. Everyone is expecting a decision by Omnitrax soon, possibly as early as next week. 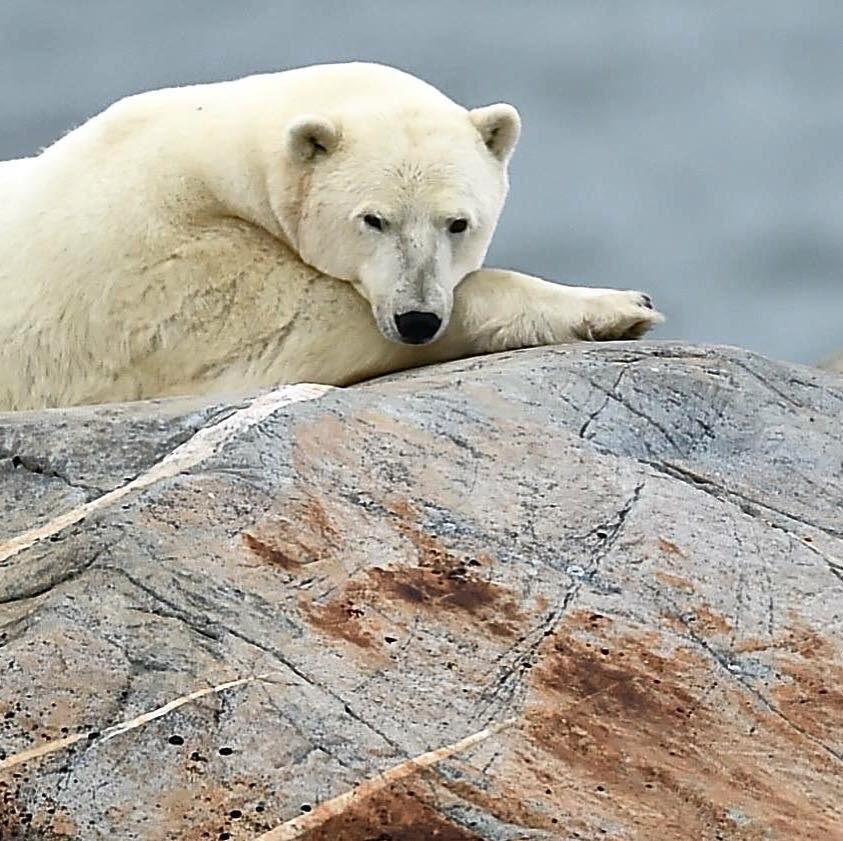 We would like to send a big thank you to Great White Bear Tours of Churchill for taking groups of travelers out in the Churchill Wildlife Management Area to view wildlife and especially polar bears. Their spectacular polar rovers keep groups from Natural Habitat Adventures safe and warm while viewing active polar bears across the tundra as well as other Arctic wildlife. They also supply loads of current incredible images from the Churchill region like this healthy polar bear from yesterday. The group also spotted a caribou out on the land. We are all looking forward to the upcoming polar bear season in October!