A curious polar bear up on a polar rover in Churchill. Colby Brokvist photo.

An Arctic hare making good use of its camouflage. Colby Brokvist photo.

Polar bear season is winding down however the wildlife sightings are even better than ever. These fantastic shots from Natural Habitat Adventures guide Colby Brokvist are an indication that we still have some treasures left in this 2017 season!

We had a scare last week when the Hudson Bay was on the brink of freeze – up but then the south winds prevailed, allowing for the ice to be pushed north for the time being and thus keeping some energetic polar bears around for a bit longer. What a season it has been with so many fox sightings and even a wolverine.

Polar bears have been up to their usual sparring displays lately as well as numerous sow and cubs interacting on the tundra. With only a week or so left for travelers venturing to Churchill to see the King of the Arctic, we have fingers crossed that the weather will allow for polar bears to linger in the Churchill Wildlife Management Area!

Shaking off the weekend…Monday is coming! Churchill polar bear season has about ten days left…the bears are still hanging  around the region thanks to a south wind that forced the forming ice back north into the Hudson Bay. Keep it going for another week or so. 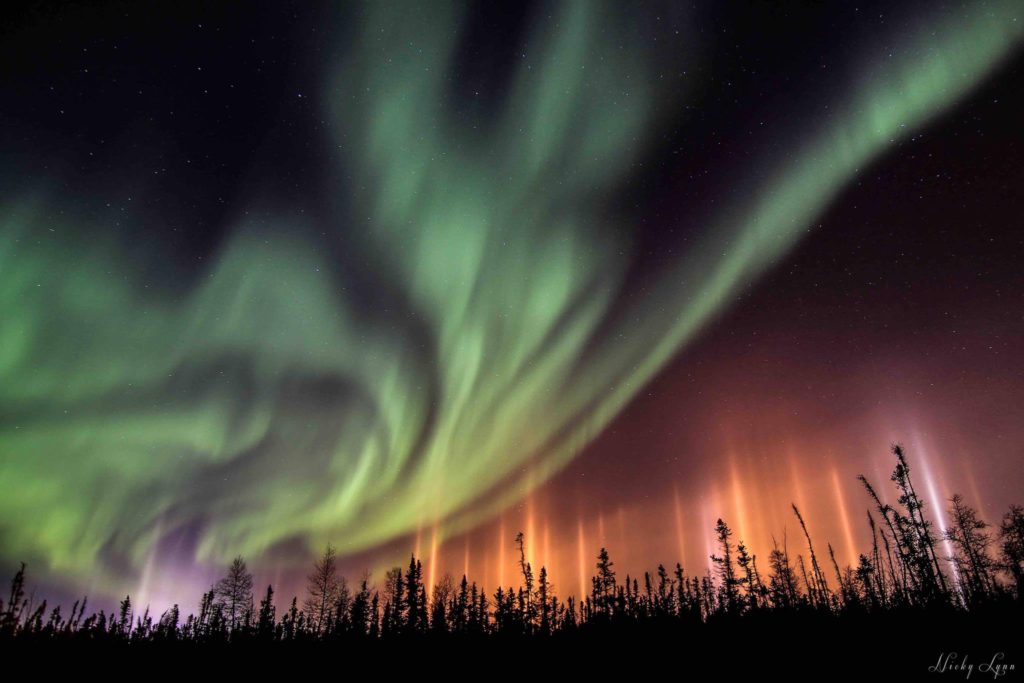 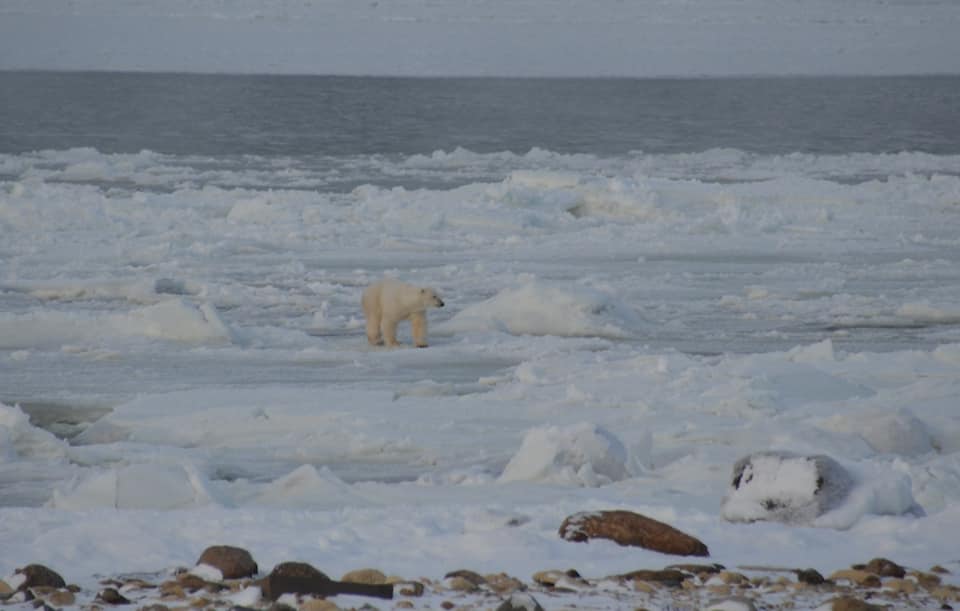 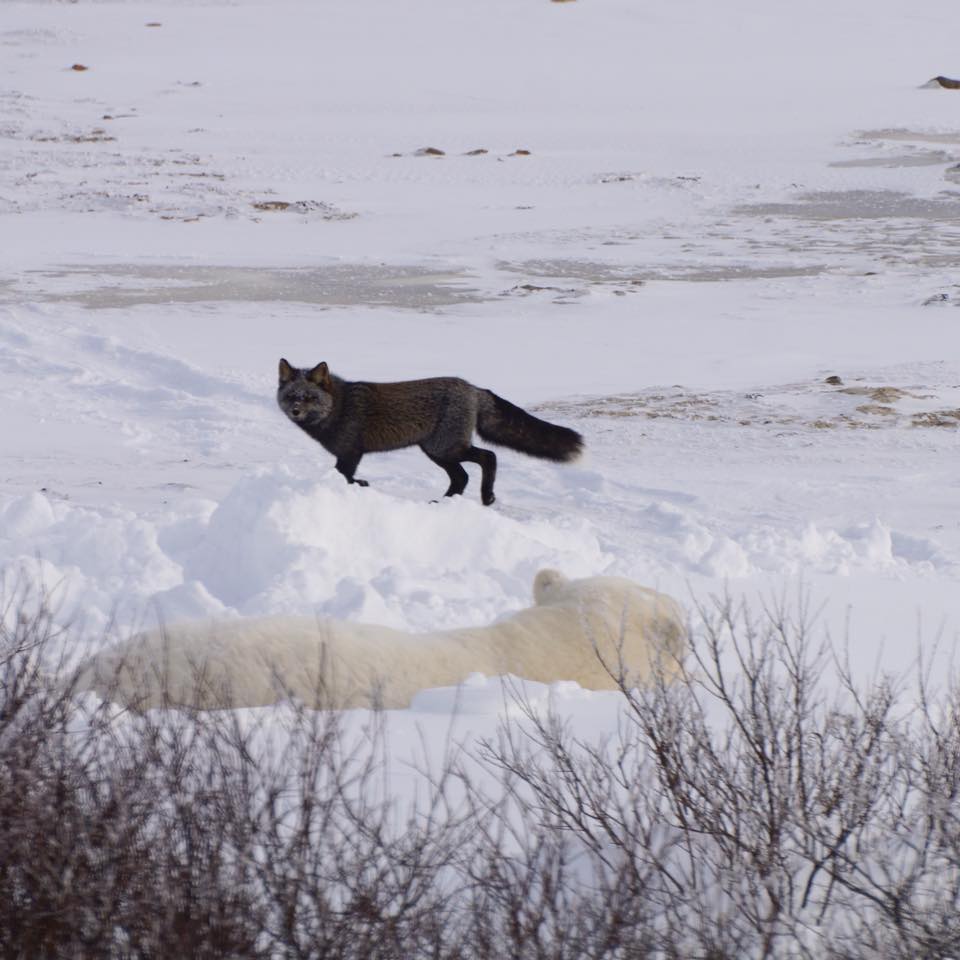 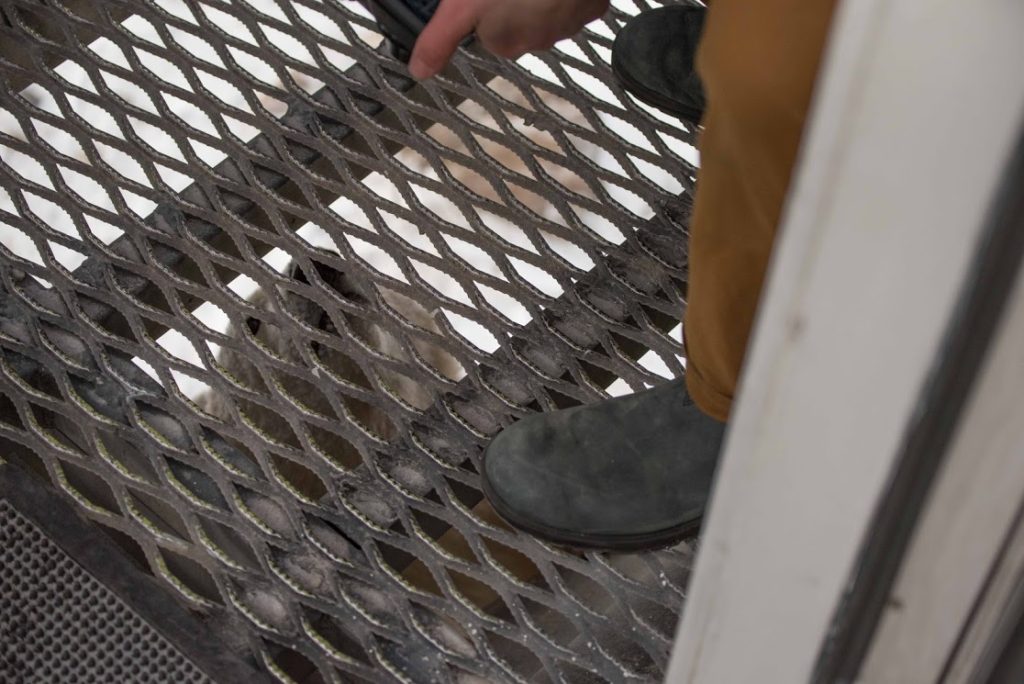 Polar bear under the back deck of a polar rover. Colby Brokvist photo.

Some amazing photos from the tundra in Churchill and sky above the Northwest Territories! The images we are receiving from the north have been just incredible all season long. Some exciting news as well that the ice that has been forming in the Hudson Bay has been blown to the north by some steady south winds. Hopefully, this will keep polar bears on land for the duration of the polar bear season in Churchill!