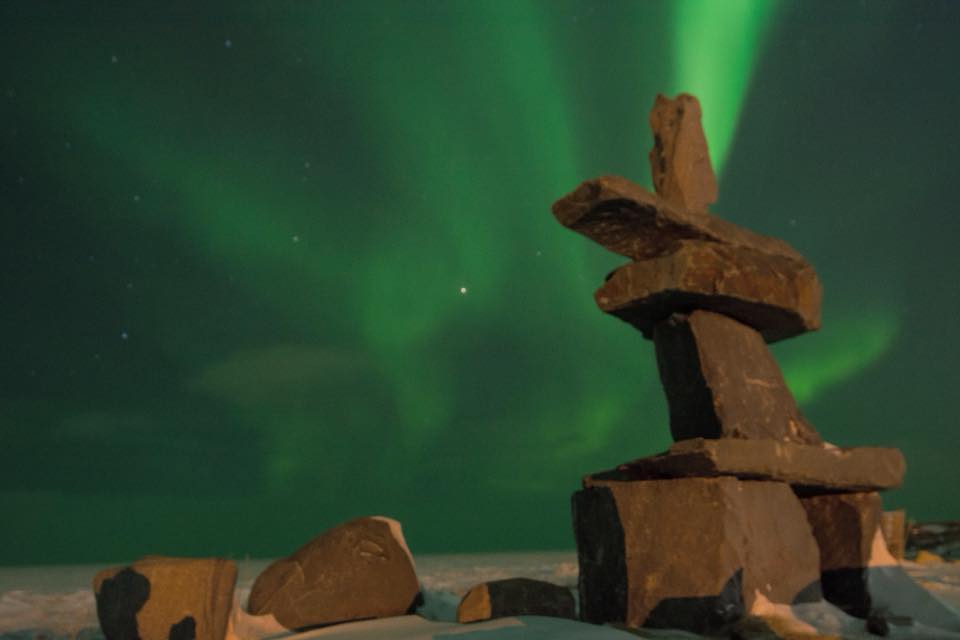 Northern lights above an Inukshuk in Churchill. Dorota Walkoski photo.

Churchill and the Hudson Bay region is experiencing some good ole northern Arctic cold these days. However, the aurora borealis and even brighter than ever due to high auroral sun spot activity. The Aurora Domes and the Aurora Pod with their comfortable warm controlled climate are crucial to the northern lights viewing experience for Natural Habitat Adventures travelers these days! This photo from Dorota Walkoski of Great White Bear Tours in Churchill is quite a stunner!

Unicorn of the Sea – Narwhals

Check out this cool, short video by National Geographic on the “Unicorns of the Sea”, the beautiful Narwhal. These unique animals have a tooth that grows up to 10 feet and extends from the upper jaw. New research through drone footage has discovered that the tooth is used for hunting fish in addition to other things. One of the Arctic’s most prized animals, they are quite hard to see in the wild unless you go far north!

Pillars of Strength, is based on a 1950 photograph of her grandmother and mother near the Meliadine River by Rankin Inlet.

The quilt honors her grandmother, Puskas says, though making it also helped her to deal with some heavy emotions.

“I hope to encourage people that are going through difficult times that through doing some artwork or doing something to make something beautiful is very cathartic,” she says. “It helps you deal with the emotions and the hurt while doing it.”

Puskas says the project, which she began years ago and selected from over 80 entries, was truly a labor of love and family tribute.

“Mom used to tell us you can do better than that and that’s all I kept hearing.”

Chair of the event, Marilyn Michelin,says Puskas’ skill is outstanding.

“To do people in a picture is just unbelievable,” she says. “The talent that people have for that.”

Puskas, who now lives in Niagara-on-the-Lake, Ontario, will continue to use the north and particularly Nunavut as her inspiration for future quilting projects. 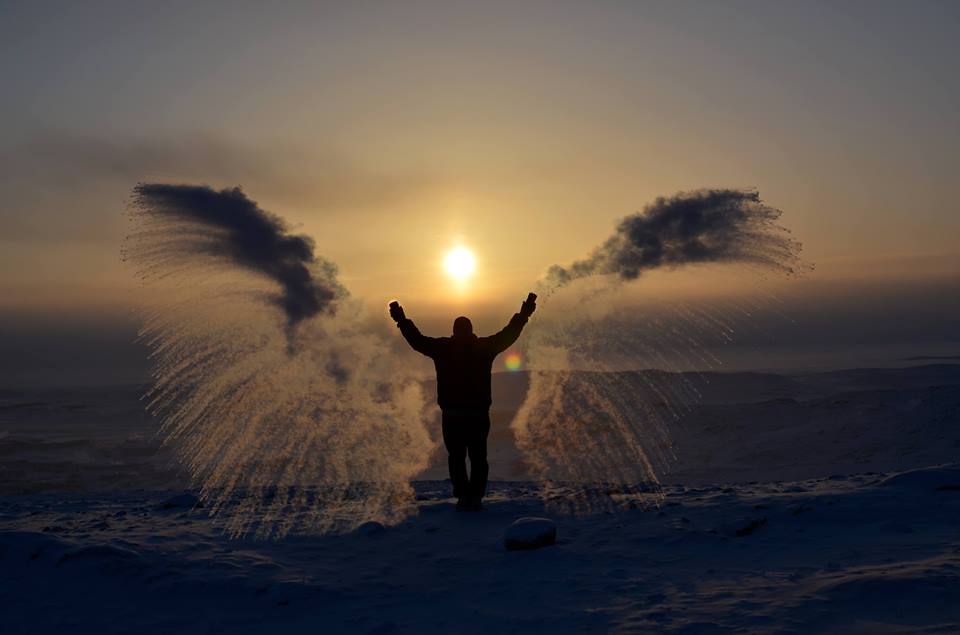 We can’t get enough of this effect from hot water being thrown into the frigid Arctic air. This “angel” image by Paul Nuyalia is one of the best yet! Enjoy!