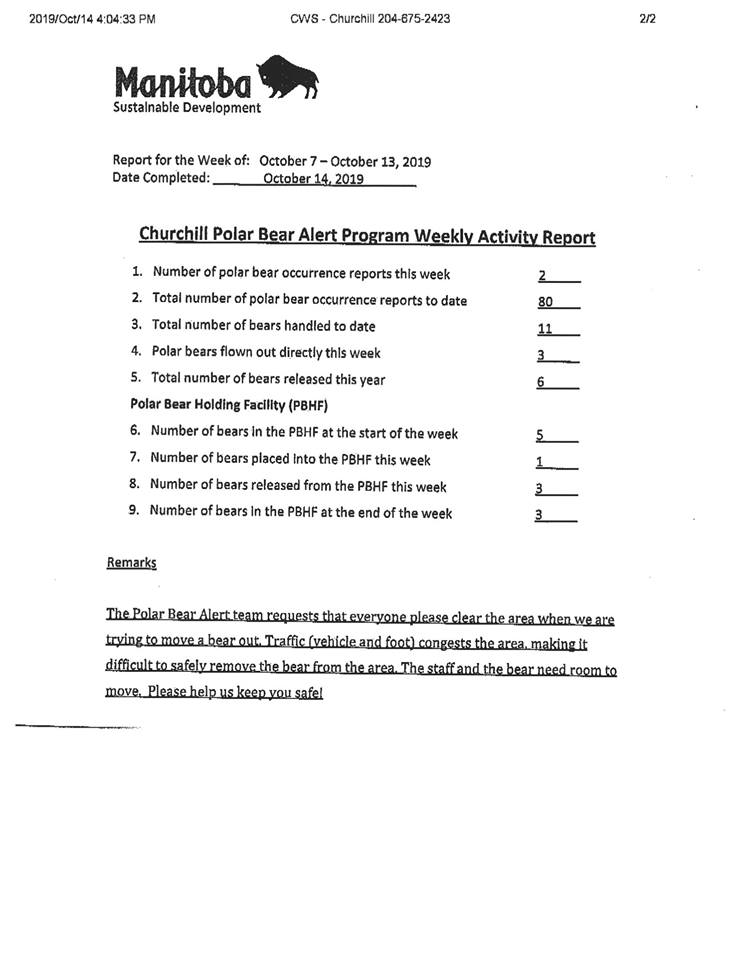 Polar bears are congregating in the Churchill area with the polar bear season underway. Three bears are in the Polar Bear Holding Facility at this point and that number should increase as the week goes on. Stay posted to the site to stay current on polar bear numbers in the region.