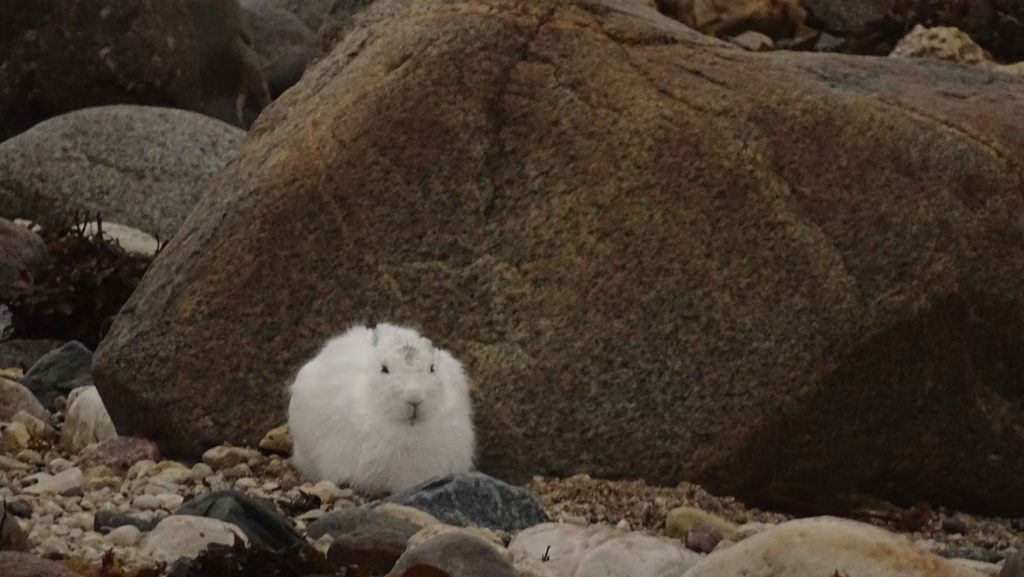 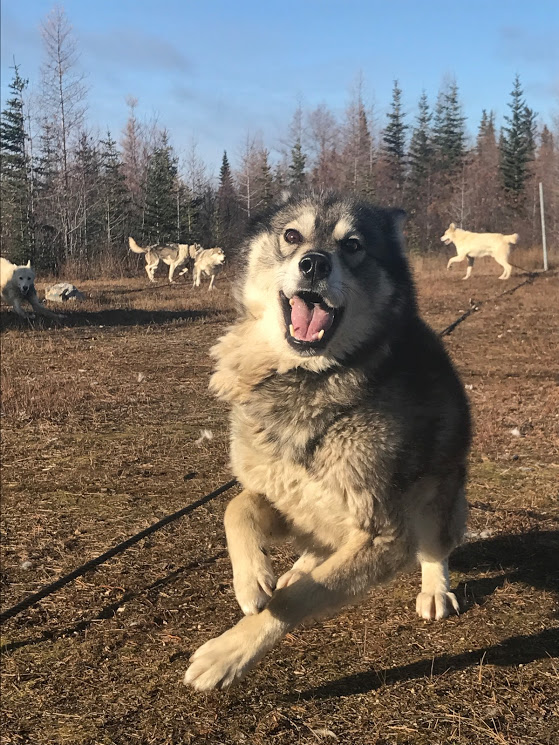 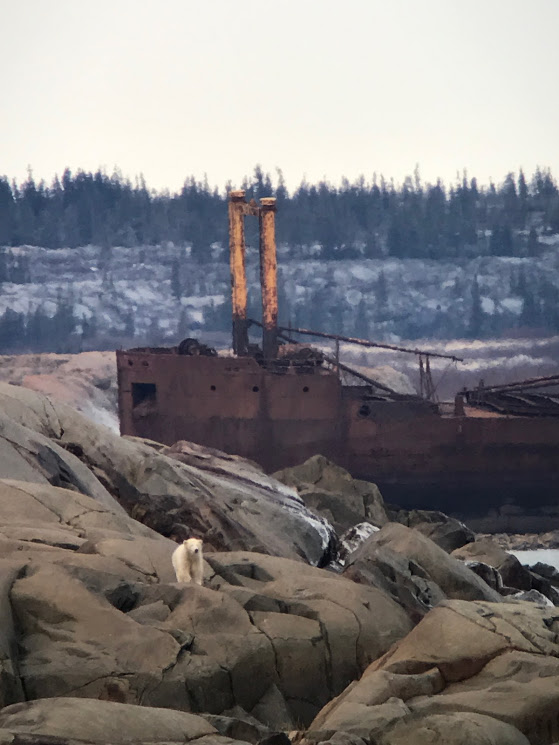 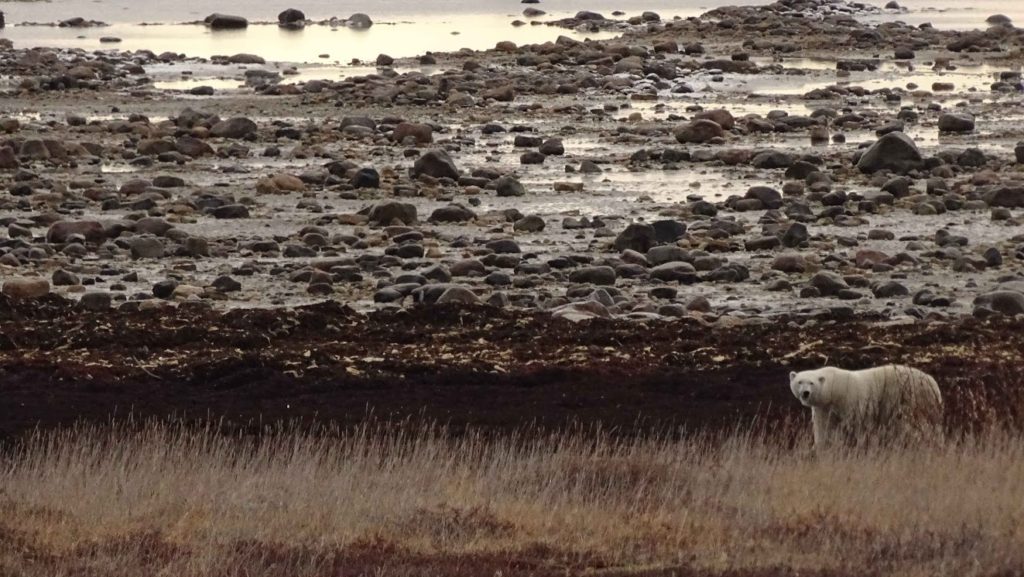 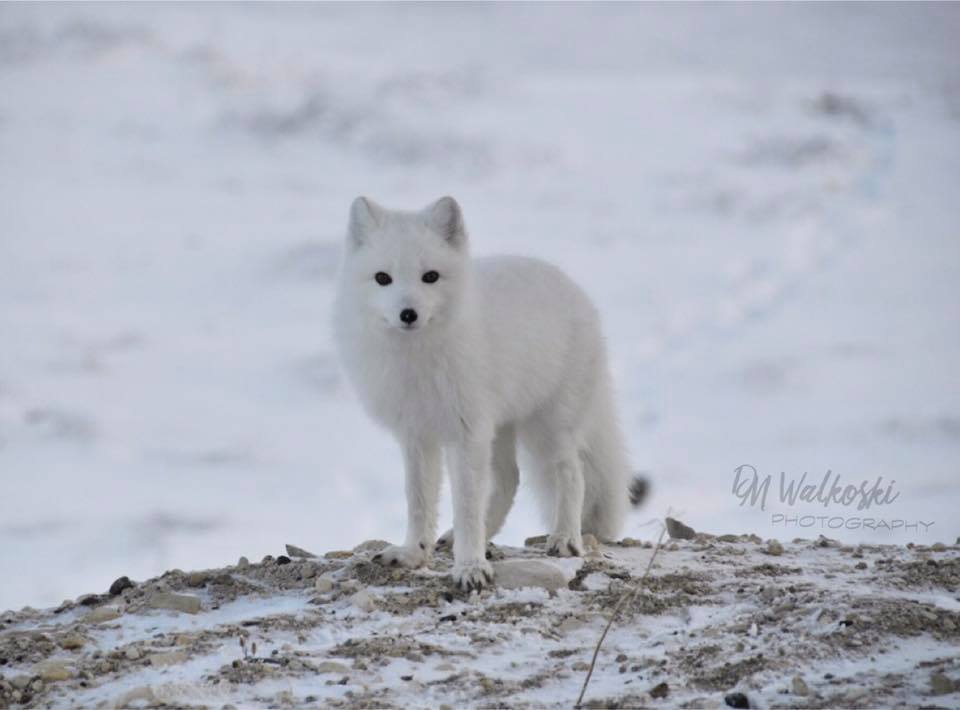 This Churchill Sunday Photo by Great white Bear Tours owner Don Walkoski reminds us that winter doesn’t give way to summer in Churchill so quickly. Soon enough we will be seeing beluga whales frolicking in the Hudson Bay and Churchill River. What a beautiful Arctic Fox!

A fresh snowfall  greeted the first ultimate polar bear trip for Natural Habitat Adventures guide Moira Le Patourel and her group of travelers to Churchill. The fresh, light snow allowed for wildlife track sightings of fox and polar bears and even a lone wolf trail heading into the boreal forest. Typical temperatures for October, hovering around freezing, have allowed for more active polar bear activity on the tundra.

A quite intriguing polar bear interaction a couple of days into the expedition was witnessed by a few groups out in the Churchill Wildlife Management Area (CWMA). A large older juvenile, about 3 years – old, was interacting intimately with what appeared to be mom. Polar bear cubs usually spend around two years with their mother

Another unique, although more common sighting this season, was a onyx – colored fox, typically referred to as a silver fox scouring the snow covered tundra searching for lemmings below. This blackish and silver mix is a color morph of the common red fox and the contrast on the white covered tundra is striking. No camouflage here like the pure white Arctic fox. This guy won’t be sneaking up on any prey soon.

A color morph of the red fox, this onyx shaded fox is on the prowl for a meal of some sort. Moira Le Patourel photo.

Willow ptarmigan next to the rover trail in the CWMA. Moira Le Patourel photo.

Other sightings of a traditional colored red fox as well as an Arctic fox completed the trifecta. A grouping of white coated willow ptarmigan were spotted heading into and out of the willows by the rover trail. On another rover trip to the tundra and CWMA the group witnessed a male polar bear with a purplish marking on his white back – end. The bruin most likely had been snoozing in a kelp bed with some purple – hued varieties intertwined. A funny and unusual sight for sure.

Equally as rare and unusual was a polar bear gnawing on what appeared to be a snow goose wing. A small amount of energy exhausted to gain a few vital grams of protein. Any sustenance between now and the freeze over of the Hudson Bay will be crucial to survival for any polar bear.