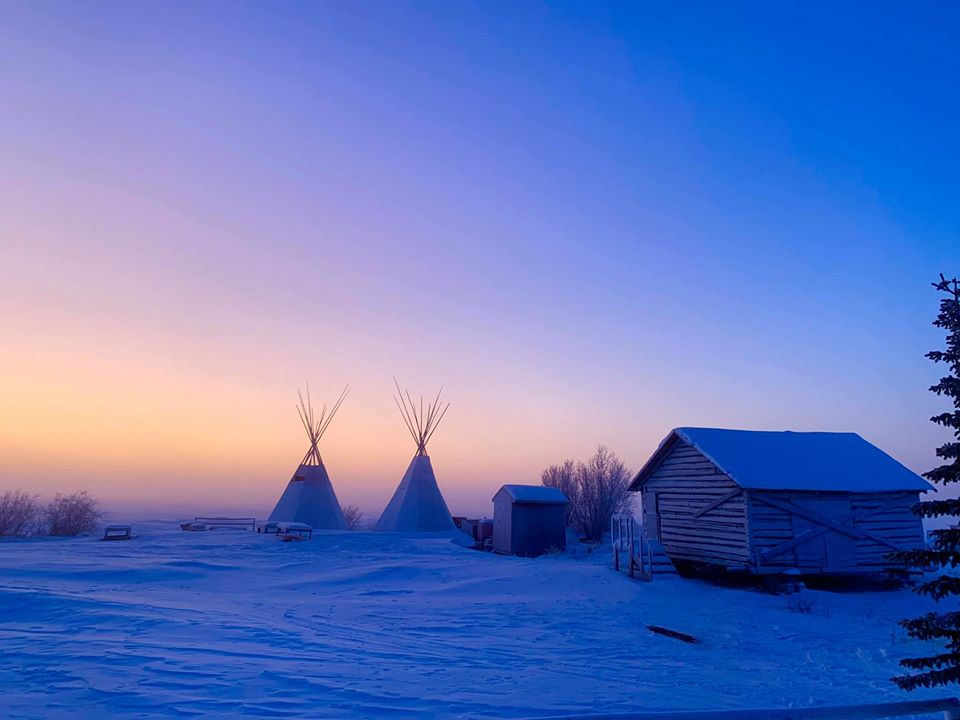 A wintery vista in Deline N.W.T. on a frigid day. Morris Neyelle photo.

So many photos we post on our site evoke the unique feel of the silence and space in the Arctic. This shot captured by Morris Neyelle in Deline, N.W.T..

Churchill Photo of the Week-Inuvik

What a cool moon shot over Inuvik, N.W.T. in the early afternoon. The light in the Arctic is like nowhere else on the planet and plays with the eye…especially in the winter. Every scene takes on an ethereal feel and presence that transcends time. Simplicity becomes an enigma as you travel north and above. Beautiful shot!

These are some more fine images from the northern regions of Canada. We are continually searching for photos that depict life in the Arctic north of our beloved frontier town Churchill. The sky is a predominant, prevailing feature in these windows into the desolate yet magnificent world of Arctic life. We must cherish these glimpses into life in this region. No place on Earth can compare to the rawness of the north country...we continue to be blown away by the stark beauty!

Auyuittuk National Park is an untouched wilderness area in the Arctic where polar bears often roam and the incredible vistas like this one are daily occurrences! Enjoy.