Churchill, Manitoba is the place to see polar bears. In the beautiful, temperate months of October and November the town welcomes a few thousand travelers from Natural Habitat Adventures and other wildlife tour companies on a mission to see polar bears. Almost all leave with amazing memories of the king of the Arctic…the polar bear!

However, Churchill can be deceptively inviting and even dangerous at times for those taking unnecessary risks. No, I’m not talking about the Canadian Legion on a Saturday night…although I have personally experienced that northern “wildlife”. I am talking about polar bears…hungry polar bears at that. So, if you come to Churchill to see the Arctic king, the great white bear, stay alert, be cautious and don’t wander out of town without protection.

1.– Don’t go for an early morning hike to Cape Merry or some other place outside town limits. You probably wouldn’t play Russian roulette at home….so why would you take similar risks far away in a place you don’t know so well? Chances are you could walk the few kilometers there and back without getting mauled or slain by a polar bear but then again it only takes one bear.

2.– When you leave your house or residence in the dark, look both ways. Also, try to park the driver side door facing your house door for easy access  Polar bears are notorious for sneaking into the town in the wee hours of the morning when most people are sleeping and Manitoba Conservation officers are sleeping as well. Most people in Churchill leave their doors unlocked for anyone facing a surprise polar bear encounter. It’s Kind of a custom in Churchill.

A polar bear trap being removed with cargo from Churchill.

3.– No strolling along the precambrian shield on the coast of the magnificent Hudson Bay. The rolling, polished granitoid rocky coastline can provide really nice sleeping or resting spots for bears. And they really don’t take kindly to surprise wake up calls. The surprise will quickly be yours.

4.– Don’t drive a ATV along the coast road…in a thick fog. Been there, done that on the way to the annual old laboratory party out by the airport hosted by infamous researcher and professor Paul Watts. Couldn’t see three feet in front of the vehicle the whole way out along the coastal road. One of the scariest yet thrilling things I’ve done with my fleece on. Oh yeah…party was rocking too. The ATV came back in the back of a pick up truck. 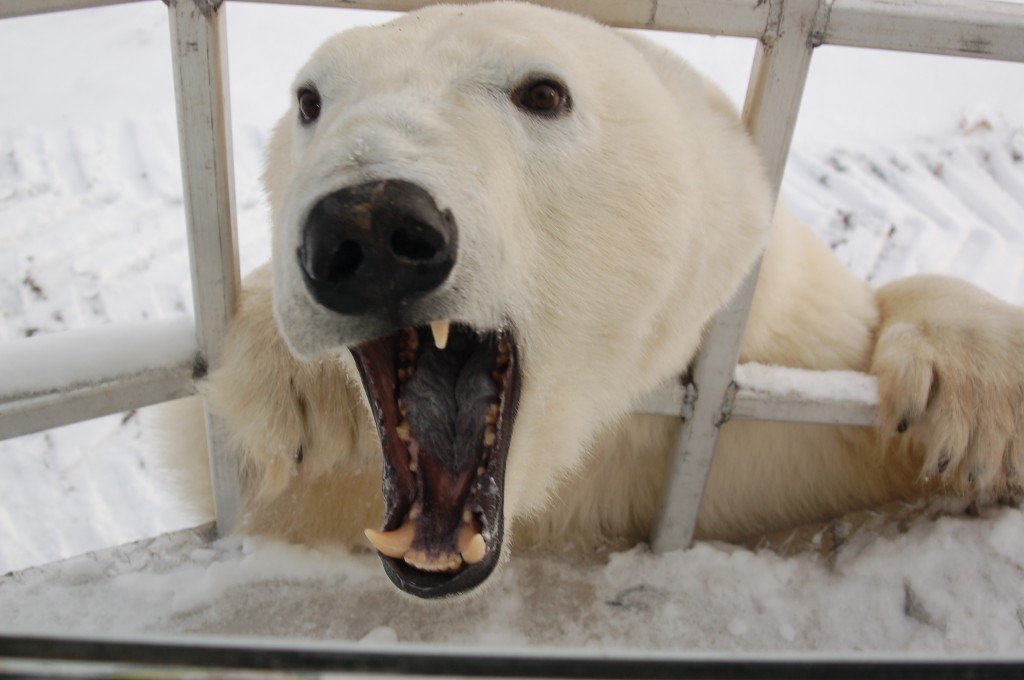 Polar bear attempting to maul me in a vehicle. Steve Selden photo.

5.– If you want to be a wildlife photographer for long, keep the windows rolled up when shooting polar bears from a vehicle other than when a polar rover. In the old days in Churchill many photographers would get their money shots out at mile 5 or Brian Ladoon’s dog- yard. Myself and Brendan O’Neill, working logistics for the polar bear season many years ago, got a terrifying thrill one day when a polar bear approached our unnamed photographers van and tried to crawl through the window. One of my first bear experiences in Churchill….two underwear day! 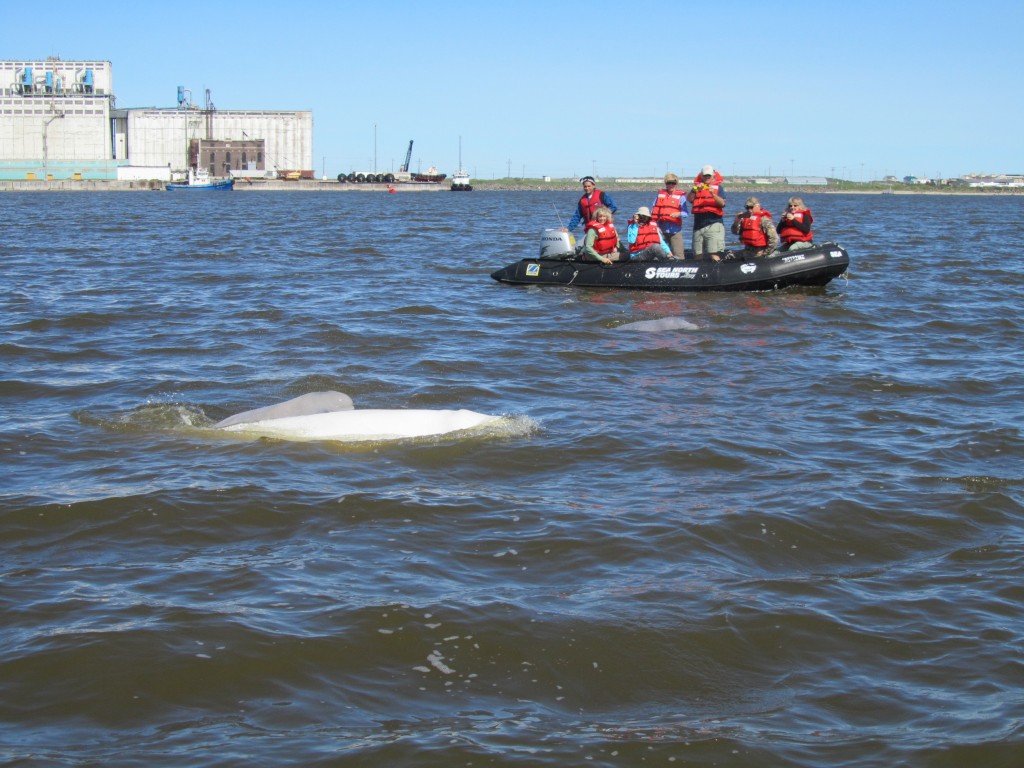 6.– Bonus.. Stay away from swimming polar bears in the summer when you have a group of travelers in a rubber zodiac looking for beluga whales. Polar bears submerge for what seems like an eternity. They can hold their breath for up to two minutes. If you get close enough the bear could surface anywhere within 20 feet or so….not fun. It’s a similar feeling to the old video Asteroids game when you hit hyperspace and hope you don’t reappear next to a huge asteroid ready to blow up your ship.

There are many more places than these that you don’t want to encounter a polar bear. However, if you use common sense and respect their territory, all should go well and your memories will all be good.

See polar bears in the wilds of Churchill, Manitoba…go to nathab.com.