This photograph of a beluga whale pod feeding on capelin in the Churchill River illustrates how focused these mammals are when taking on a task. When they feed they will ignore any whale watching boats. However when they have had their fill the whales will become extremely focused on the zodiacs and bigger boats and become very curious. Biding time on the water while the beluga’s get their fill is certainly worth the wait! 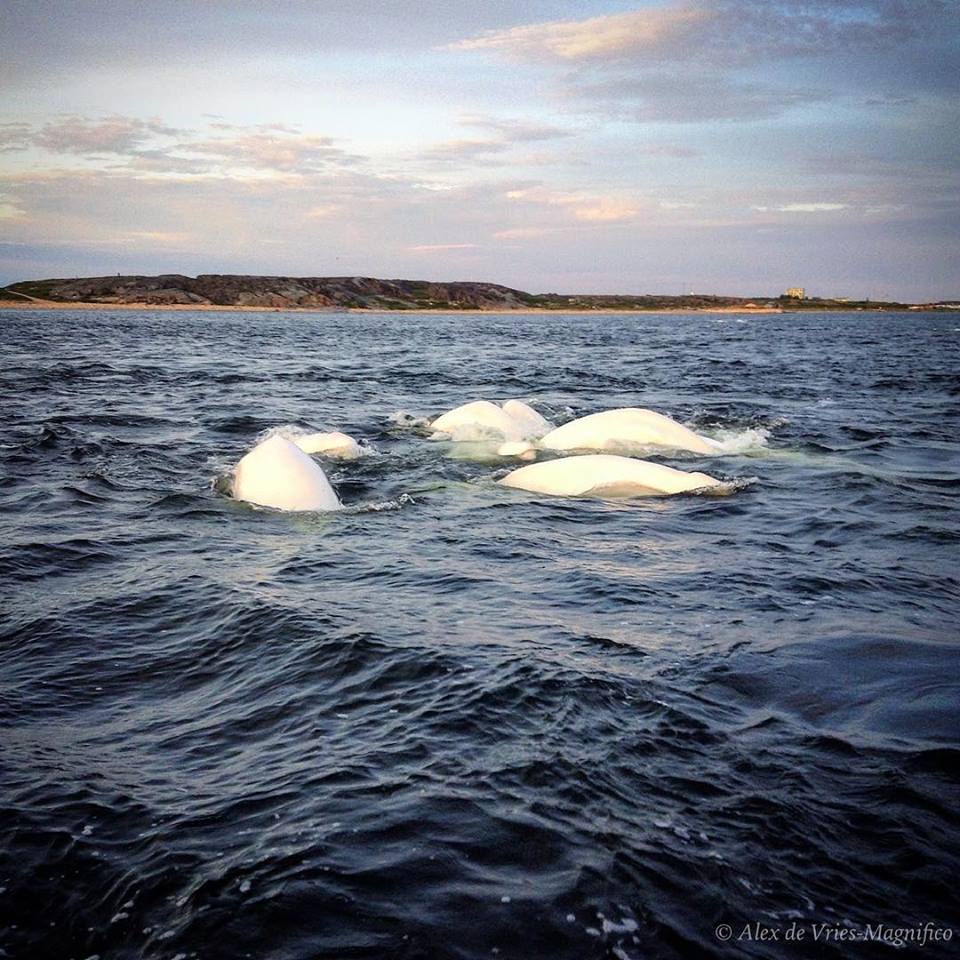 This beluga whale shot taken by Andy Murch and BigFishExpeditions.com at the bottom of the Churchill River is a unique photo that you don’t see that often. Getting down to the seabed gives an incredible scale and awesome fresh look. Enjoy! 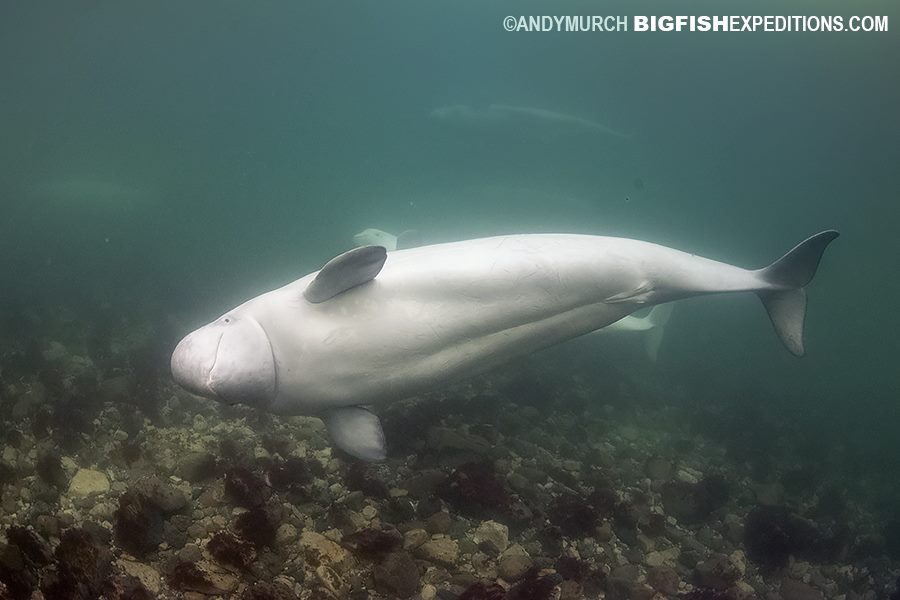 A study researching new ways to utilize the Town Centre facility in Churchill will be conducted with a total cost of $35,000. The centre is owned by the province and they are hoping to find new ways to enhance the building in order to initiate more interest in using the facility as a conference center.

Manitoba Infrastructure and Transportation and Manitoba Tourism, Culture, Heritage, Sport, and Protection will both provide $15,000 toward the study and the Town of Churchill will kick in another $5,000. The idea of developing a conference center that will be capable of hosting 150 people will be the main focus and objective of the study

“While Churchill has become a premier eco-tourism destination and is internationally recognized for polar bear and beluga whale viewing, the community is wise to seek ways to diversify its economy,” said Minister Kostyshyn.  “As well, the existing building is pivotal to community life and adding new services to its roster may benefit area residents.”

“We hope to improve Churchill’s economic sustainability by capturing business opportunities to build on its already successful tourism seasons,” said Minister Lemieux.  “Churchill potentially offers a highly unique experience for meetings and conventions, which could be attractive to certain user groups.”

The assessment will explore this new objective and also analyze other remote northern facilities that have implemented meeting and convention centers as a means of drawing visitors to their communities. The study is expected to be finished by the fall.

“This partnership-based approach will seek to continue our community’s ongoing economic diversification efforts while at the same time enabling a new use for Town Centre Complex.  We are pleased to undertake this necessary next step,” said Mayor Michael Spence, Town of Churchill.

Currently the Town Centre is operated through an annual grant from the Manitoba government. The many facets of the facility include a swimming pool, ice rink, movie theater, high school, bowling alley, public library, curling club, hospital, playground and town offices of Churchill.

Five “Other” Animals You Could See In Churchill

Churchill is known worldwide at the best, most accessible place to see polar bears. Now, if you’ve spent much time in this northern Manitoba outpost town you know there’s much more than the “king” of the Arctic. In fact, often it’s the other animals of this remote land on the shores of the Hudson Bay that give travelers thrills. The unexpected often can be as exciting as seeing the main event.

Polar bear in the willows in Churchill. Eric rock photo.

Here are five other animal attractions around Churchill you could see during polar bear season and possibly other times of the year.

1. Arctic Fox– This icon of the Arctic is one of the most beautiful animals in the north. To some extent the white fox symbolizes the Arctic as much as the mighty polar bear. the population tends to run in cycles and fluctuates with the lemming population and will compete from year to year with the red fox.

2. Moose– Usually individual moose can be seen from a polar rover or  from a helicopter journey over the vast tundra.

3.- Red fox– The “other’ fox in the Arctic has been increasing its range of habitat over the years and even foraging seal-kills out on the Hudson Bay ice pack. The red fox numbers fluctuate from year to year…highly dependent on lemming numbers.

4. Beluga Whale– Although you will not see this whale during polar bear season, you could see polar bears during whale season which can extend until late August and even early September.

Beluga whale in the mouth of the Churchill River. Photo-Steve Selden

5. Killer Whale (Orca)- A very rare sight in the Hudson Bay. Occasionally these leviathans surface in areas where they can be seen, usually just outside the mouth of the Churchill River. If you are lucky enough to see one the chances of getting a photo are slim.

Come to the north and Churchill to see these amazing animals with Natural Habitat Adventures! Visit nathab.com for information.