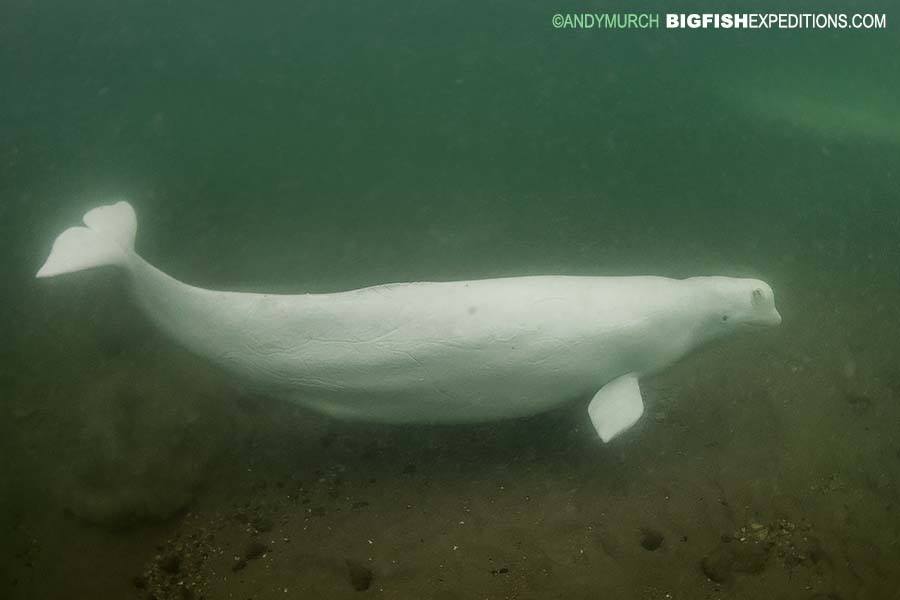 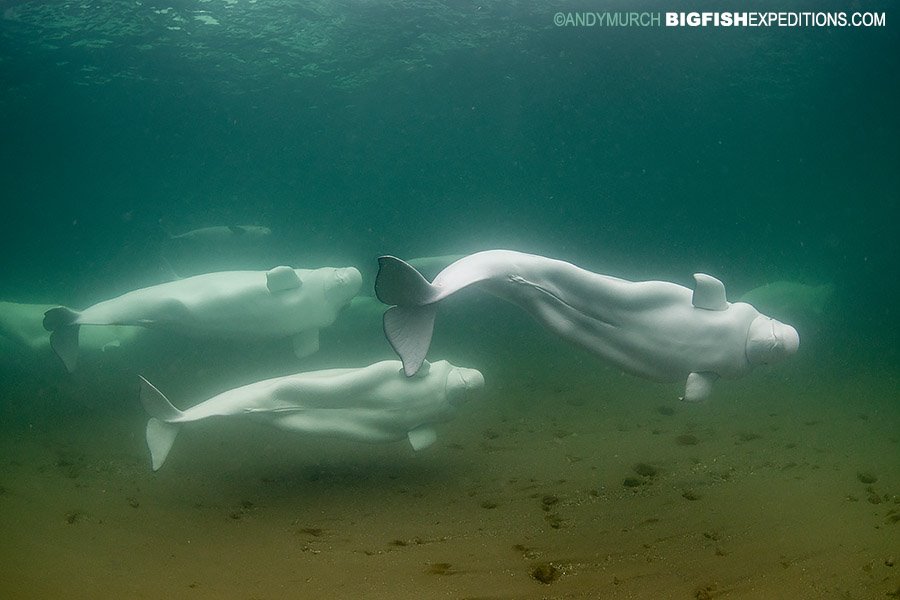 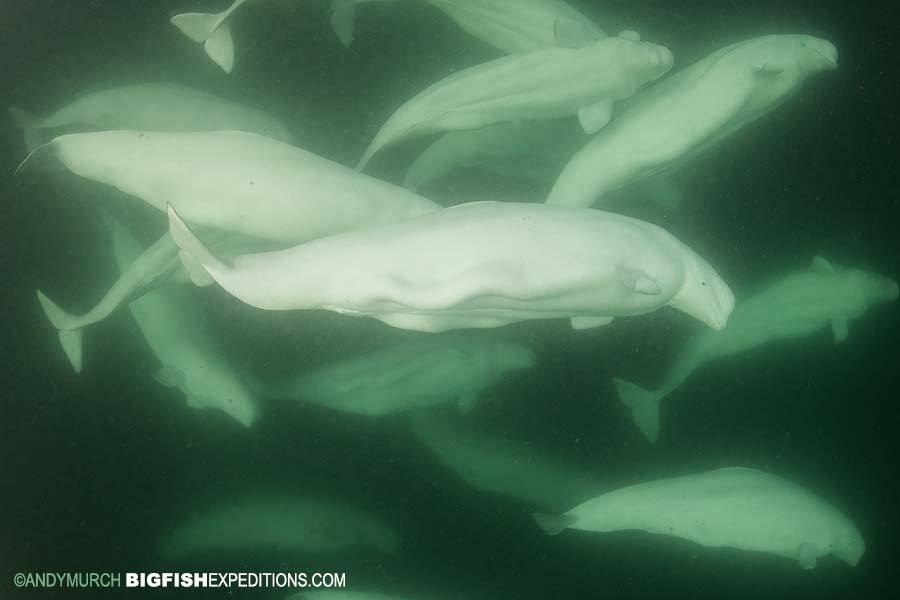 Churchill Video of the Week – Kayaking with Beluga Whales

A close – up look at kayaking on the Churchill River with the beluga whales. These friendly and curious creatures often approach the boats and, as you can see, afford the opportunity for travelers to touch a beluga on the melon. What an incredible experience!

Orcas in the Hudson Bay

Not many beluga whales were seen in the Hudson Bay just past the mouth of the Churchill River last Tuesday. However the Churchill River was packed with the mottled white whales at at time of year when numbers of the mammal are starting to dwindle in the estuary. Something that I never saw in 10 years of guiding Churchill Summer trips came up from the depths and into view. A pod of congregation of orca whales, a pretty rare sight around Churchill, patrolled the Hudson Bay and to the west in Button Bay. Sea North Tour;s owner and operator Dwight Allen and his son were out on the water in order to capture these thrilling photographs.

“We were probably out there for a good 20 minutes before we saw something,” Remi said Thursday. After reaching a distance of almost a mile out from the mouth of the Churchill River, Dwight spotted dorsal fins in some pretty big swells.

Unable to swim safely in the more shallow estuary of the Churchill River, the orcas will stay out in the deeper Hudson Bay waters. Allen knew before they they left the river that orcas were out there. The beluga population is usually pretty thinned out by this time of year. However on Tuesday, Belugas jammed the cut in the mouth of the river in shallower water where the Churchill River meets the bay.

“They know that was the safe haven there,” Allen said. “As we made our way out, there were all these belugas coming up. They were all packed in there. Get out in the bay and not a trace of them.”

Allen guessed around 11 killer whales were out in the bay, a pod of a full-sized male (bull), females, smaller adults and calves. One of the younger whales came up above the surface just a few feet from the Sea North Tours zodiac.

“They showed absolutely no fear towards us at all,” Allen said.

“As long as I matched their speed, they didn’t care if I was in the middle of their pod. They were surfacing all around us.”

Due to the reduction of Arctic sea ice killer whales are able to find waters farther north to feed in. their fragile dorsal fins are less at risk due to more ice -free days in the Hudson Bay. Hence, the chances to sight them have increased. It still is sort of like searching for a needle in a haystack as they come and go in short time frames. Also, with the vastness of the Hudson Bay, it’s just being in the right place at the right time.

That was the case Tuesday, when Allen found out what happened when the pod went deep into the water out of sight, only to surface a short time later.

“We ripped over to where they were, over in Button Bay, and we saw this big bloodstain in the water,” he said. “I guess when they were down they killed a beluga. You could smell the blubber in the air. And the (killer whales) were moving on to the next one, like nothing had happened.

“It was pretty incredible to see.”

These are sights that only a rare few get to see around the Churchill area.  Over 10 years of guiding Churchill summer trips and I’ve never been lucky enough.

Some of the first summer 2014 photo’s from Churchillian Katie de Meulles. The beluga whales have finally arrived in the Churchill River as the breakup is ongoing. Hopefully the train will be heading back up to Churchill soon as well. Look for some amazing updates from Natural Habitat groups in Churchill soon.