Traveling from Winnipeg to Churchill to experience the incredible natural wonders found in the frontier town has limited options. You can, of course, fly via the small airlines and hope the weather provides a window in and out of Churchill. You cannot drive, unless you have ample time and are on a four wheeler or a dogsled…closest you can get is Thompson or a bit farther on gravel road. In fact, my favorite mode of travel is by train.

When I guided Churchill Summer beluga whale adventures for about 10 years, I would take the train one -way, as Natural Habitat does now in summer and winter both, with small groups of 12-15 travelers. The memory that stays with me the most from those days is without a doubt the interactions with thousands of beluga whales in the chilly waters of the Churchill River and Hudson Bay. I still feel the pull to return each summer as if I were the one migrating to warmer waters as the whales do from the Hudson Straits in the north.

However, the other thrill that clearly stands above many of my most treasured memories is the train journey from Churchill to Winnipeg. The anticipation for each trip would build until we boarded, in Union Station in Winnipeg at around 9:00pm at night. Traveling northwest through some prairie – land into Saskatchewan and back into Manitoba was better done at night. Once morning arrived and the group was waking in their sleeper births the landscape changed to more deciduous trees and slowly transition into boreal forest then taiga and tundra. Lakes and rivers were all over the land as we slowly rocked north and slowed even more as permafrost rested below the tracks.

All in all the trip was scheduled for 36 hours though quite often an additional four or five would put us in Churchill around noon or later. This allowed for guests to sleep in and enjoy a nice breakfast on board while Churchill slowly appeared on the horizon. What a way to ease everyone into “tundra time” as Churchillians call the calming pace of life in town. By the time we reached Churchill everyone was more able to search patiently for wildlife on land as well as enjoy the surreal interactions of beluga whales on the water.

This video filmed and produced by Natural Habitat Adventures guide Brad Josephs during a northern lights trip this season gives an inside and outside view of one of the most exciting and relaxing trips on rails you can experience! Whether the landscape or wildlife or even northern lights are your passion, chances arise throughout the journey to experience all or some of these.

Train to Churchill by Brad Josephs from Natural Habitat Adventures on Vimeo.

These boreal forest images with the glow of the receding sun in the background gives an aura and feel only the Arctic can provide. Trees in the north define the landscape in such a way we only can understand by experiencing the north firsthand. The cold air and snow on the ground and trees gives the eyes and mind a different perspective that the photos transcend. Churchill photographer Alex De Vries – Magnifico has refined his style to capture that distinct Arctic feel by continually searching for those subtle details of the region that make it unique in the world. 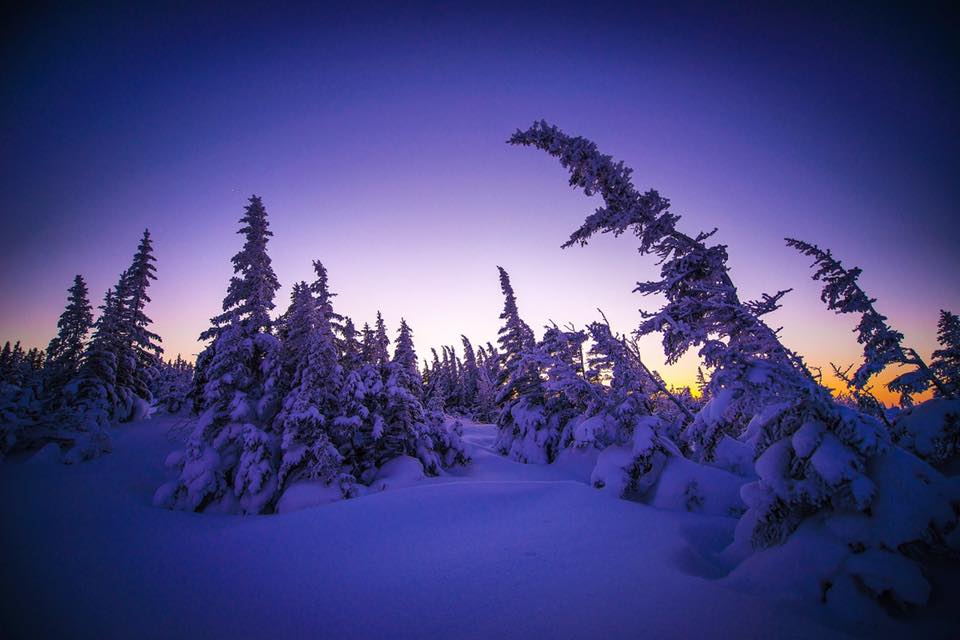 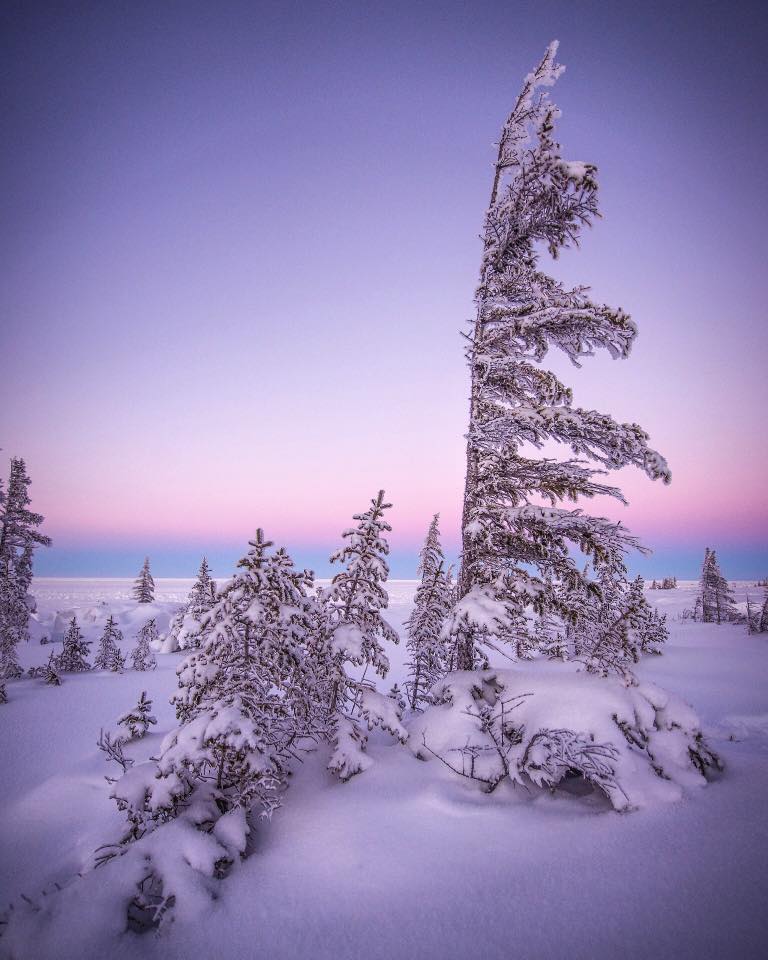 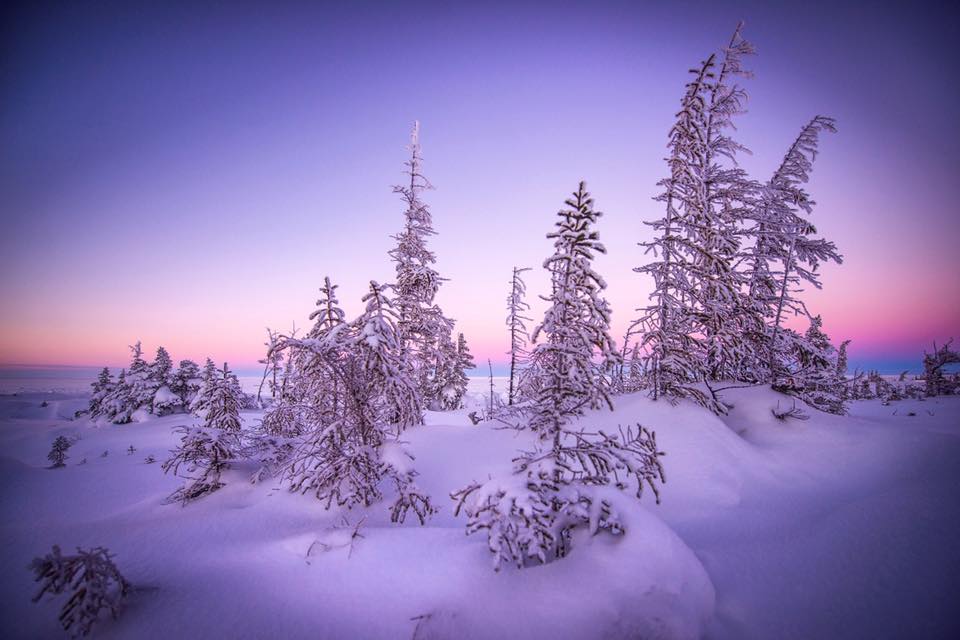 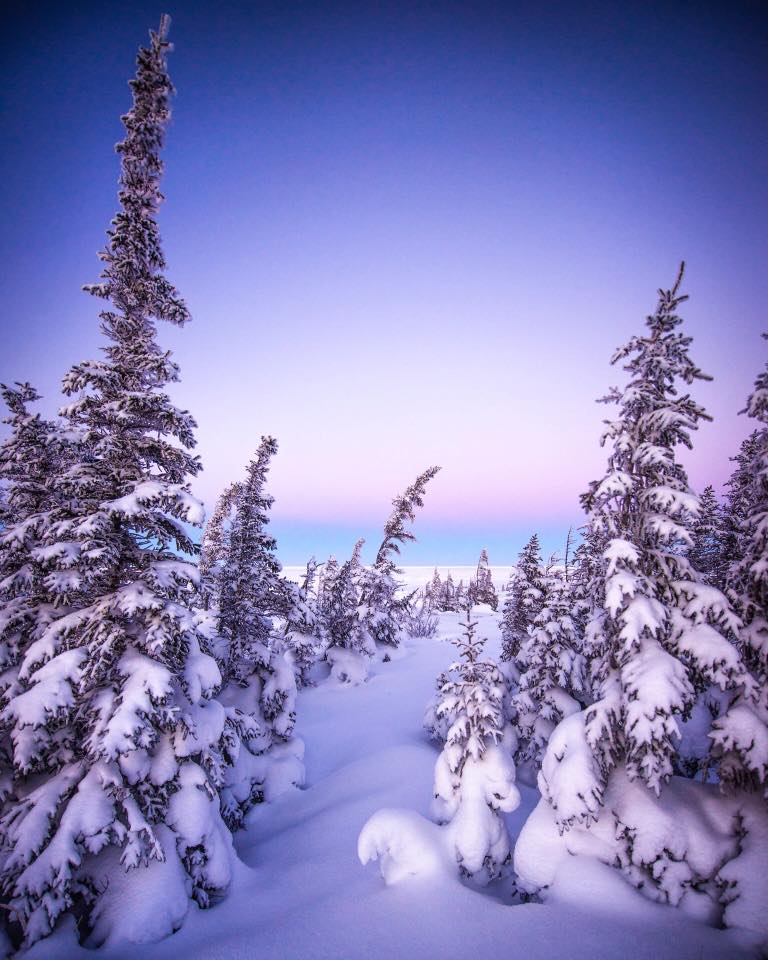 Alex De Vries – Magnifico filmed this truly northern scene about a week ago at Dave Daley’s Wapusk Adventures’ dog yard just outside Churchill proper. In an area known as Joe Buck’s Ridge, in the boreal forest, any light from the town fades away in the distance and aurora borealis viewing is epic on clear nights. What a night and overall a great week to begin an awesome 2017 northern lights season. Enjoy!