A magnificent Churchill Arctic summer day on the tundra by the Hudson Bay. Natural Habitat Adventures summer groups are arriving and looking forward to a exciting experiences throughout the summer. Natural Habitat guide and photgrapher Moira LaPatourel will be reporting from Churchill. Stay tuned for more exciting news and photos.

Oh What A Canada Day

Canada Day was yesterday and this shot from Alex De VRies – Magnifico in Churchill is an awesome one of the fireworks over the Hudson Bay. Churchill Arctic summer is now officially underway! 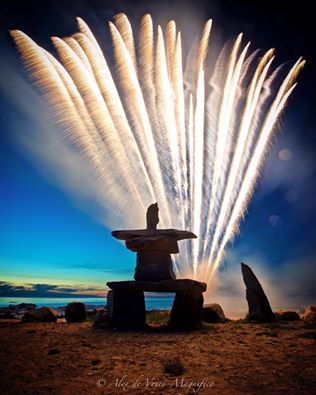 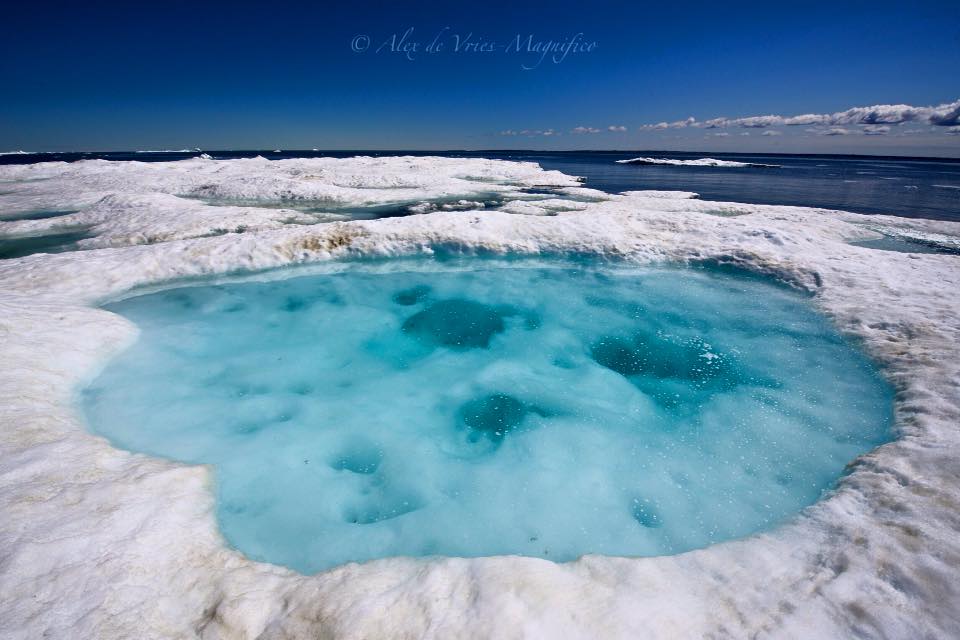 The most elusive Arctic bird for bird watchers in Churchill has returned to the region. Well, at least that’s what Parc’s Canada is claiming on their website and twitter accounts. Of course the bird really hasn’t resurfaced until you see it if you’re the one in quest of the life – lister. There have been some reports of sightings and word is getting around that in fact the “Ross” is here and waiting to be checked off your life list. Come try and see this elusive gull this treasure packed Churchill Arctic summer!

With the temperatures rising across Canada, this video footage of a swimming polar bear inspires us all want to hit the water and take a dip in the cool ocean. The Hudson Bay and mouth of the Churchill River are a little too “cool” for extended swimming -around 42 F- unless you have some thick white fur on your body. Encountering a frisky polar bear in the water is always an incredible thrill…much better if you’re in a boat.

I recall one time guiding for a Natural Habitat Adventures Churchill Arctic Summer trip when we came upon a polar bear swimming in the Churchill River. I was driving the zodiac with seven travelers eagerly urging me to ease closer to the bear. As we slowly motored toward the animal he suddenly disappeared under the slightly choppy surface. This action revved my engine into high gear and I promptly did the same to the outboard and jammed it into reverse. I quickly turned the craft and swung it out about 50 feet to what I felt was a safe distance. All I could picture in my mind was the rubber boat becoming a polar bear pinata and all of us in the water bobbing like polar bear candy. Not a pretty visual by any means.

Summertime in Churchill is a magical time when you never know what the new day will bring. There’s always a treasure and something new to be discovered in every endeavor!