If you do apply for the jobs at the Churchill Northern Studies Center and take a position this could be your view from the facility. Of course this strange polar bear season has run unusually long and been on a kind of late cycle. Very soon ice will solidify for the winter and polar bears will migrate out to the Hudson Bay ice surface for seal hunting. Stay tuned for more news on the freeze – up. 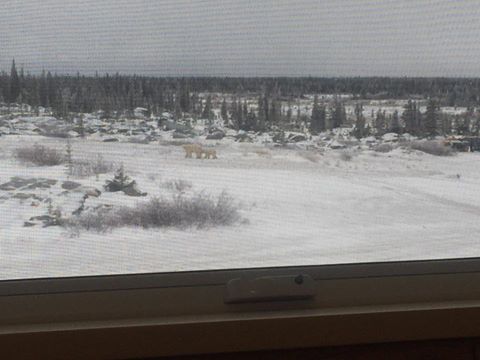