A curious polar bear up on a polar rover in Churchill. Colby Brokvist photo.

An Arctic hare making good use of its camouflage. Colby Brokvist photo.

Polar bear season is winding down however the wildlife sightings are even better than ever. These fantastic shots from Natural Habitat Adventures guide Colby Brokvist are an indication that we still have some treasures left in this 2017 season!

We had a scare last week when the Hudson Bay was on the brink of freeze – up but then the south winds prevailed, allowing for the ice to be pushed north for the time being and thus keeping some energetic polar bears around for a bit longer. What a season it has been with so many fox sightings and even a wolverine.

Polar bears have been up to their usual sparring displays lately as well as numerous sow and cubs interacting on the tundra. With only a week or so left for travelers venturing to Churchill to see the King of the Arctic, we have fingers crossed that the weather will allow for polar bears to linger in the Churchill Wildlife Management Area! 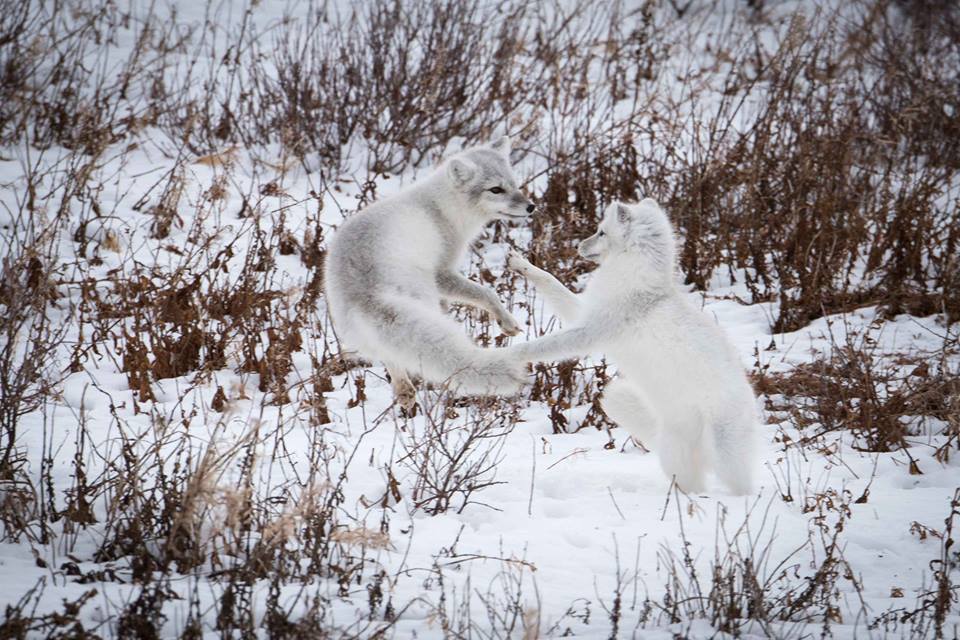 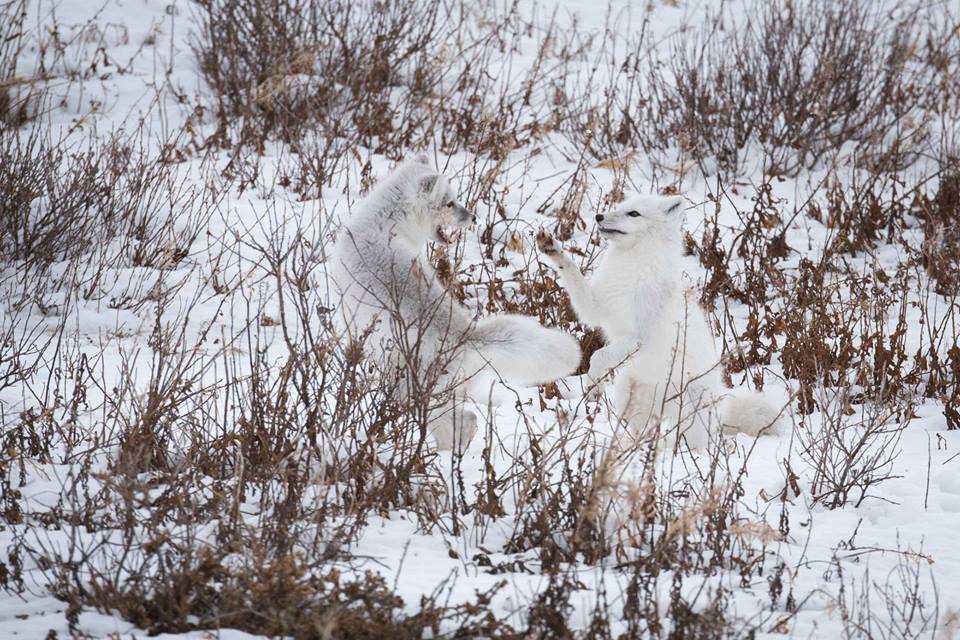 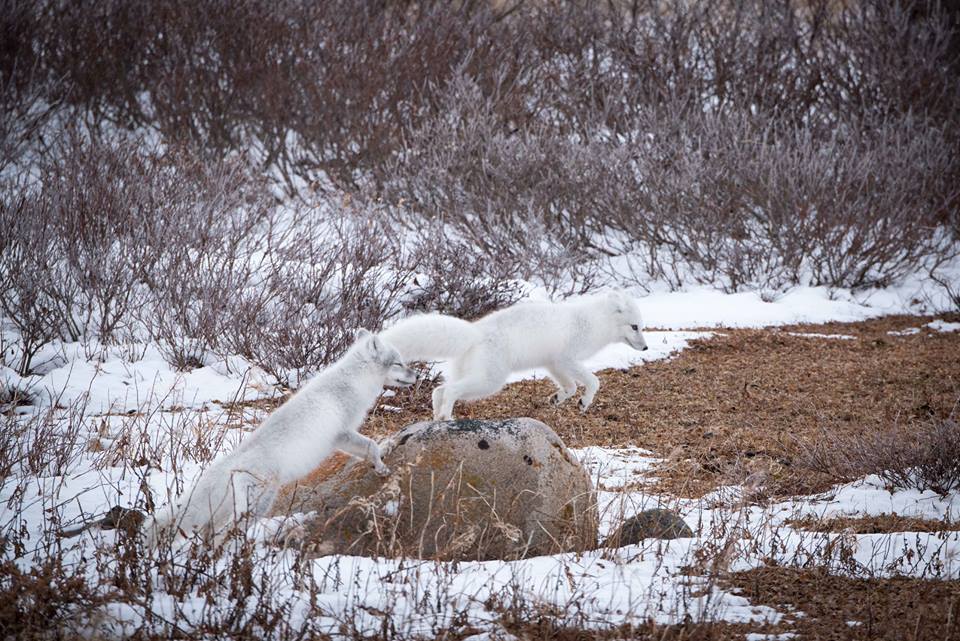 Polar bear season in Churchill is officially underway as groups of travelers with Natural Habitat Adventures are returning from the Tundra Lodge out deep in the Churchill Wildlife Management Area (CWMA). We should be getting some detailed field reports in from that groups guides Eric Rock and Colby Brokvist over the weekend. Other groups are arriving in Churchill as well and soon the news will come fast and furious. Polar bears will start to move with more urgency as the season gets going and the snow comes along with cooling air from the north. Stay tuned for posts from the sub -Arctic!

Polar bear stretching after a nap in the willows. Natural Habitat Adventures photo.

Natural Habitat Adventures guide Colby Brokvist has experienced quite the polar bear season so far in Churchill! One of his initial groups of travelers witnessed unbelievable sparring sessions on a sunny day close to the Tundra Lodge. The scene became even more intense when the three sparring male polar bears were interrupted by a smaller three year – old female approaching from first tower to the east. One of the males pushed her off into the willows where she laid down for a rest. After the sparring had cooled off she returned and checked out all the polar rovers in the area and gave thrills to all travelers aboard!

Another sparring session that same afternoon matched two huge male polar bears going at it for about 25 minutes. ” I’d thought they would be overheating by now!” Colby expressed to his travelers. Amazing how polar bears can expend so much energy in a time when they are trying to conserve in a big way. It just shows how important this ritual of mock fighting is to the species survival. This year has been filled with outrageous displays..more so then years past.

With a more recent group Colby and driver navigated the rover out to the Tundra Lodge after spotting a sow and her cub close to launch. The morning seemed “quiet” reported Colby so they decided to move inland a bit toward an esker to the east. Just below the esker back toward the Hudson Bay the group sighted another sow and her coy (cub of the year) on the flats with amazing views toward the bay and surrounding lowlands. What a way to spend the late morning..beats an office coffee break by far!

Around lunch, camped in the same spot, patience paid off big time. An adolescent polar bear wandered up to the rover and investigated the rear deck of their polar rover. if one got any closer to a polar bear there would be teeth marks at best. The steel grated deck provides the needed protection here. Nearby a number of sleeping bears worked on conserving the energy spent in morning sparring sessions in the squared tundra.

Later on at Halfway Point the day concluded with a superb 15 minutes observing a rough – legged hawk hunt along the tundra. Not much more of a nature experience then that. All in all an incredible trip in the Churchill Wildlife Management Area!

One of the most exciting aspects of a trip to Churchill is a helicopter flight over the north land. This rare shot of a wolverine was captured by Colby as they flew over the boreal forest. Amazing! And for good measure a polar bear chugging through some land fast ice in the Hudson Bay!