This awesome video filmed by National Geographic in Svalbard, Norway of a polar bear family emerging from their den, roaming around hunting seals is just the calming visual we need at this time of turmoil in our world. We have been seeing polar bear sow’s with cubs of the year this polar bear season in Churchill and they have provided quite the experience for travelers to the north. Enjoy!

On  Mother’s Day these three photographs of mothers and cubs in Churchill are pretty fitting! Enjoy these wonderful polar bear shots and have an amazing Mother’s Day! 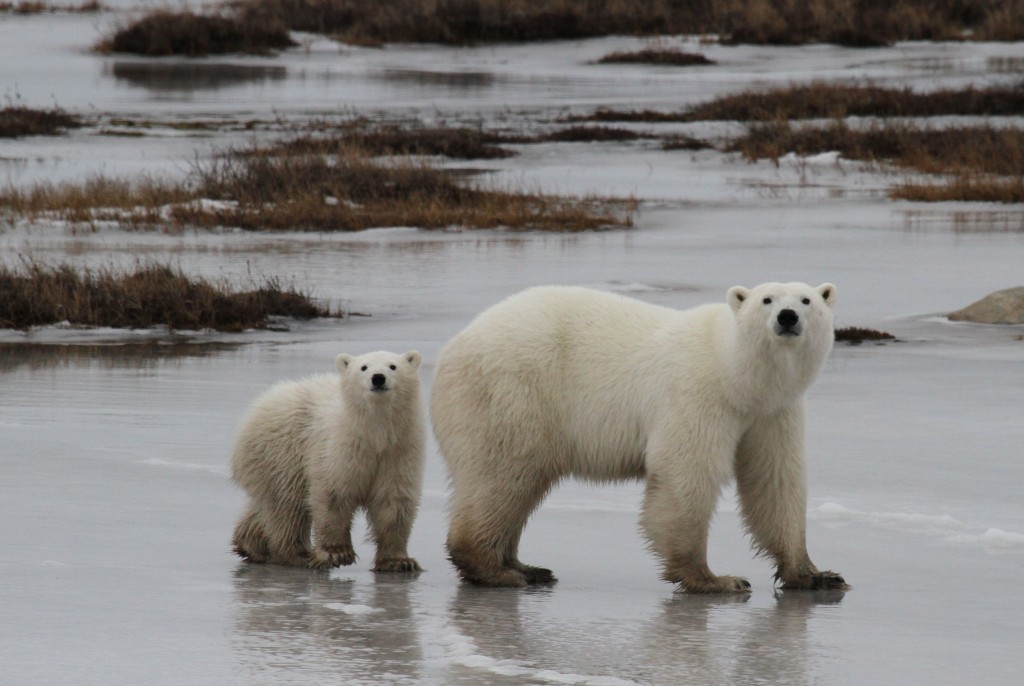 Mother and cub on the pond ice in Churchill. Natural Habitat Adventures photo.