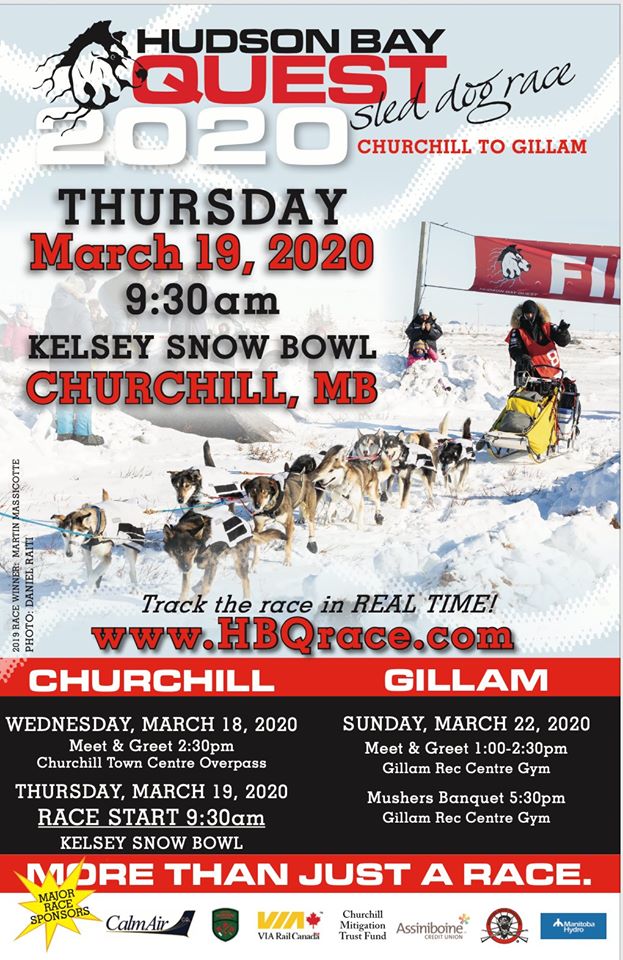 The Hudson Bay Quest is proud to announce our official line up for the 2020 race starting in Churchill on March 19.

More information and race details will be coming as the Hudson Bay Quest draws closer to the start! Stay tuned!

Sixteen months following washouts that disabled the Hudson Bay Railroad tracks between Churchill and Gillam, crews are working seven days a week to repair over 20 hazard locations that were affected by the water. New owners, Arctic Gateway, has high hopes that work can be completed before the polar bear season when winter has the region in its grips. So far the work is progressing at an impressive pace with crews reaching the 410-mile marker. We will keep you posted as the progress continues over the next month! Enjoy these images from Arctic Gateway!