Natural habitat photography guide Colby Brokvist had polar bear action right out of the gate for his avid group of image takers. A sow with her coy were found out on the coast road ambling along the magnificent Hudson Bay. Cameras heated as shutters fired away at the majestic pair amidst frosty conditions.
The following three days on the tundra of the Churchill Wildlife Management Area (CWMA) were nearly perfect wildlife and weather-wise. The travelers, aboard their polar rover spent their entire first day near the lodge with several polar bears. Highlighting the afternoon were  some big males sparring in the snow. 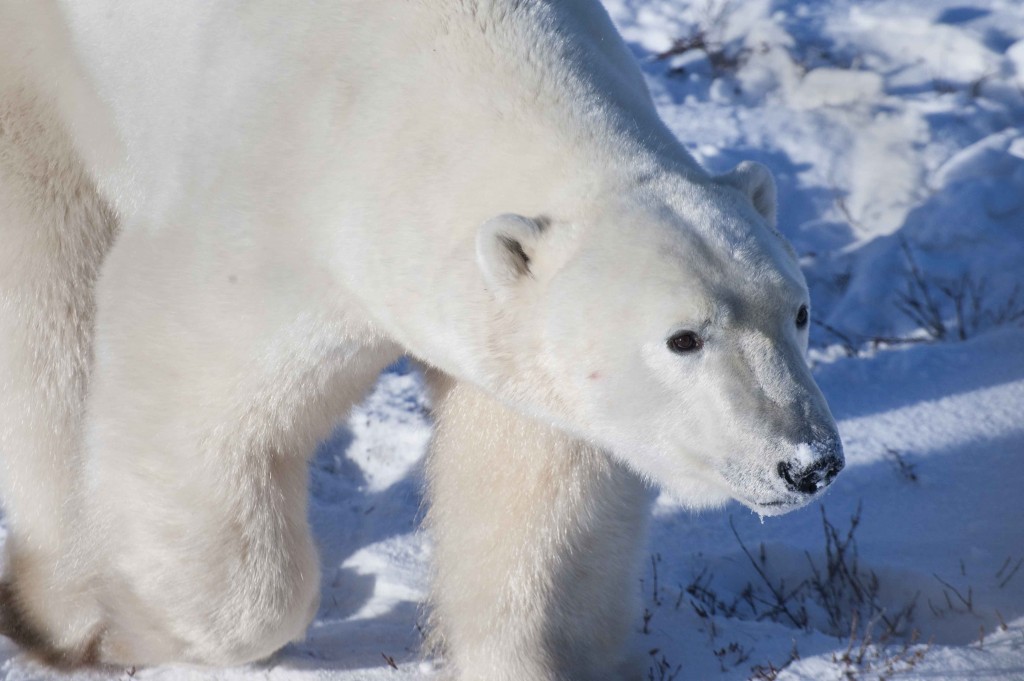 The following day was “awesome”, according to Colby.  The group reached Gordon Point by early morning and quickly spotted two fairly fresh seal kills attended to by four voracious polar bears. The bears finished their meal before low tide, though blood stains were spotted on the ice and photographs were made of glaucous gulls, ravens and arctic foxes cleaning up leftovers . Some close encounters further along the trail road with a couple of other bears and then a very photogenic arctic fox rounded off the day and provided some great moments for classic shots. 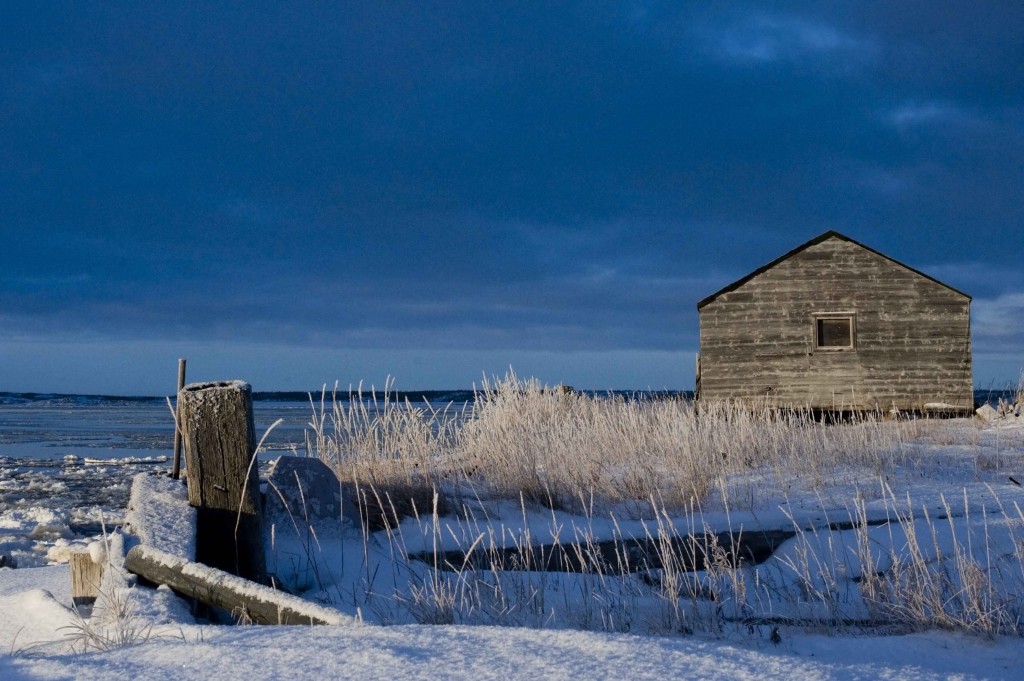 The third day out in the CWMA was equally exciting as the group headed back to the lodge. Colby received a tip that a new, larger bear had taken up residence out there. Upon arriving and finding six polar bears the group had more than enough interactions to satisfy their passion. Three bears engaged in heated sparring with “unbelievable light”. stated Colby. “I don’t recall ever seeing sparring and sunshine at the same time …making this even more special.” Something new every day out in bear territory.

The group finished off the day with a long session of aurora photography at the huge, stone inukshuk behind the town complex facing the Hudson Bay. Rounding out an amazing day, the ethereal lights were perfect for the photo trip. Mild conditions added a key ingredient for a productive shoot.

Finishing up the trip strong, the group enjoyed their sightseeing shuttle  covereing the area around town in search of smaller critters. An extremely charismatic red fox stole the show before the crew headed out to the polar bear holding facility where they finished off with a bear evacuation lift. Captured polar bears are airlifted by helicopter up north along the bay and released to keep them free from human contact for a period of time. Quite a sight to see the event as they take off from Churchill!