A lone beluga whale took a vacation in London, England this week! The trip began with a leisurely swim up the Thames River around the Gravesland area about 30 miles east of London. The rare sight was captured on this video as well as many others posted on social media.

Helicopters from local news stations hovered above and local officials advised onlookers on boats to keep their distance. The Whale and Dolphin Conservation group was as surprised as anyone witnessing this incredible sighting.

Beluga whales are more commonly found in the Arctic. Churchill, Manitoba is a prime destination for beluga whale wildlife adventures.

Belugas at the back of the zodiac in the Churchill River in Churchill, Manitoba. Stephanie Fernandez photo.

“Beluga whales inhabit cold, Arctic waters off Greenland, Svalbard and in the Barents Sea,” the group said in a statement. “There have only been around 20 sightings of beluga whales off the U.K. coast previously, but these have occurred off Northumberland, Northern Ireland and Scotland.”

The last beluga whale spotted in the United Kingdom was off the coast of Northern Ireland three years ago,

Animal welfare organizations including the RSPCA are, “working with other agencies to monitor the situation” and have researchers on the scene to monitor the whale. 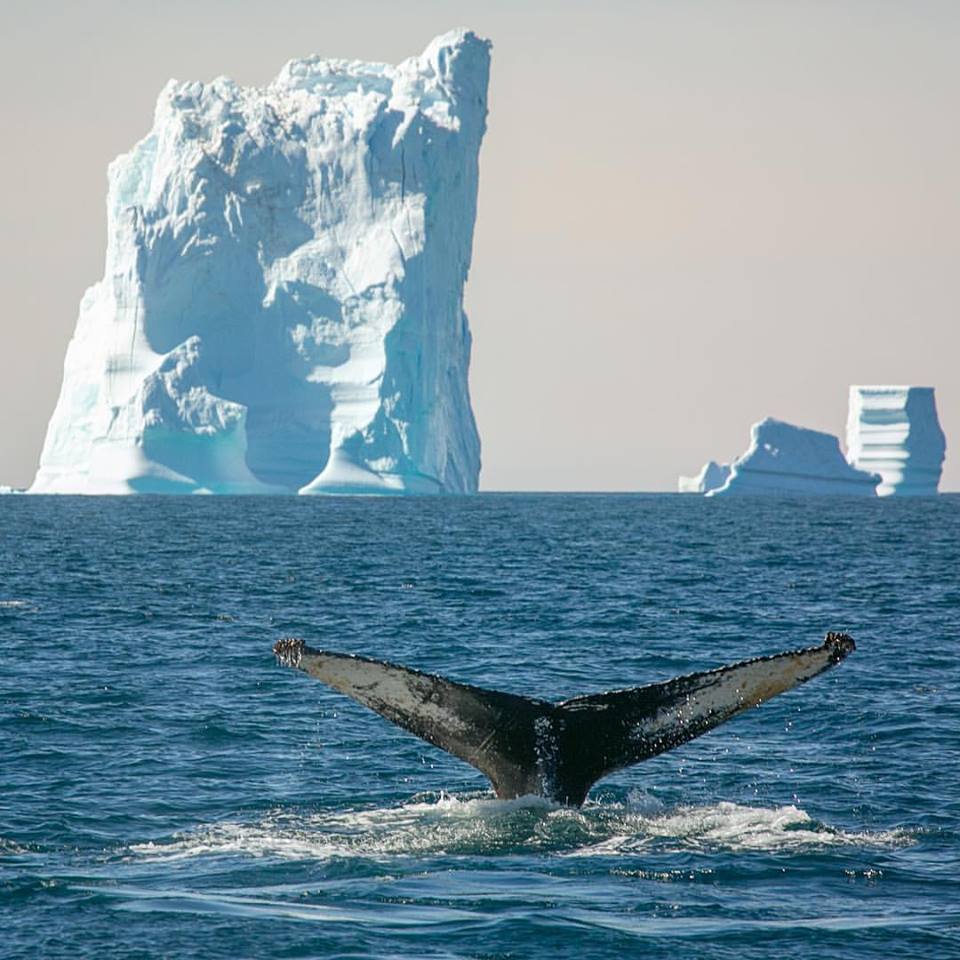 With the Churchill Northern lights season approaching in a few months, we want to show you what the season in Greenland produced in the form of aurora borealis. This shot from versatile Natural Habitat Adventures guide Eric Rock highlights the beautiful aurora travelers were exposed to in the remoteness of this wild region. Looking forward to another amazing northern lights season in Churchill beginning in January!

These stunning photos from Natural Habitat guide Melissa Scott in Greenland highlight the intense scenic beauty there. Greenland Base Camp is one of the newest wonders conceived by Natural Habitat Adventures. The Arctic experience is enjoyed while relaxing in incredibly comforting accommodations. Check out some of the incredible images by Melissa and dream of visiting this outer world within our world!

Giant iceberg off the coast of Greenland. Melissa Scott photo.

A northern fulmar glides across a fjiord in Greenland. Melissa Scott photo.

Aurora borealis over the town of Tasiliaq, Greenland.