This exciting video shows the process of releasing a polar bear from the polar bear holding facility. Bears are sedated and moved outside the facility, placed in a net and then flown by helicopter about 40 miles up the northern coast.

Once the helicopter lands the polar bears are released on the tundra. When they awake, the hope is that they will not return to Churchill prior to season end. Sometimes they do make it back and wind up back in “jail”.

Natural Habitat guide Kurt Johnson reported on a wonderful trip last week!  Highlights included sparring bears, snowy owls, Arctic fox and two Arctic hares.  “Our last day was lucky enough to watch a polar bear -a small older bear known locally as ‘skinny’- taken by helicopter to the north as well as a large male, tranquilized, from a helicopter and transported to the polar bear compound”, reported Kurt.  Here are some of the photographs from the trip: 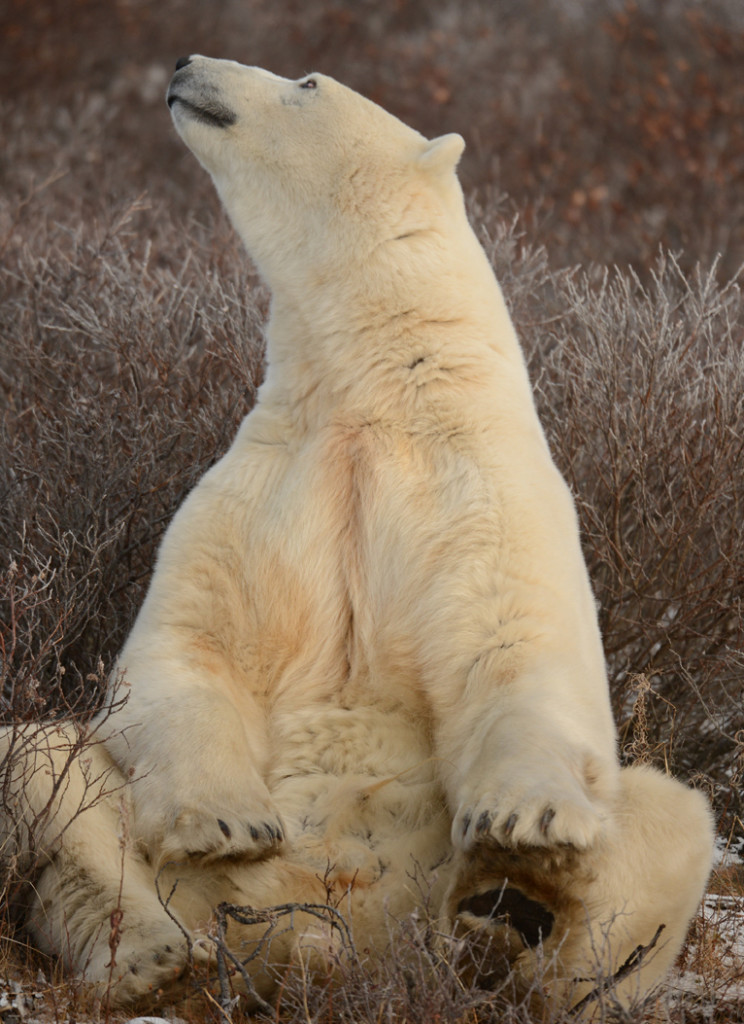 Polar bear sitting back in the willows. Kurt Johnson photo.

A polar bear is airlifted up north from Churchill, Manitoba. Kurt Johnson photo.

Come see the amazing world of the polar bears in Churchill, Manitoba with Natural Habitat Adventures!

Check out these recent photo’s from Churchill taken by Natural Habitat guide Brad Josephs. Brad has a keen eye for separating the unnecessary background from the subject yet keeping the feel of the place in tune. Even from a helicopter view point the subject is precisely framed and all the excess is trimmed from the shot. This group of travelers on the photo excursion surely learned a lot from their intrepid guide! 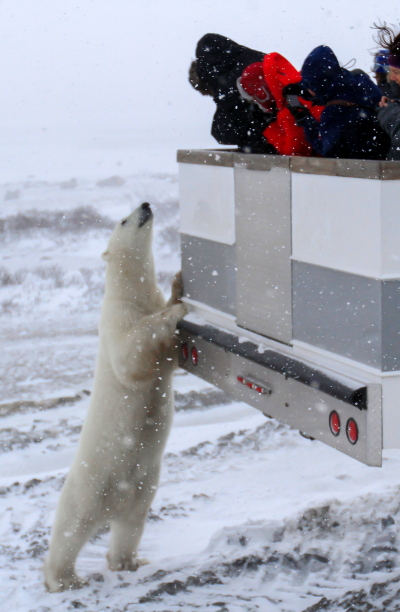 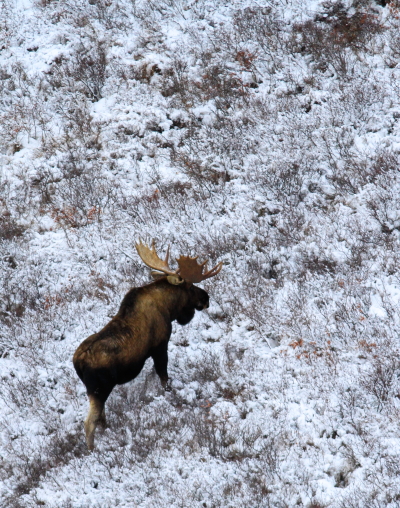 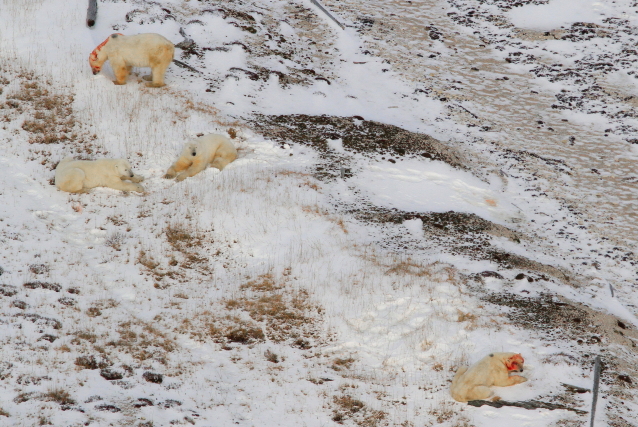 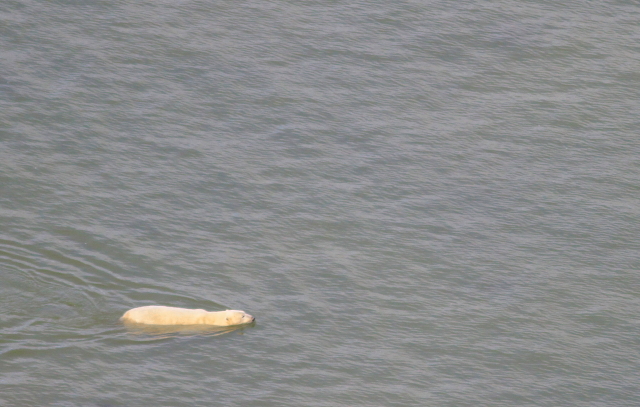 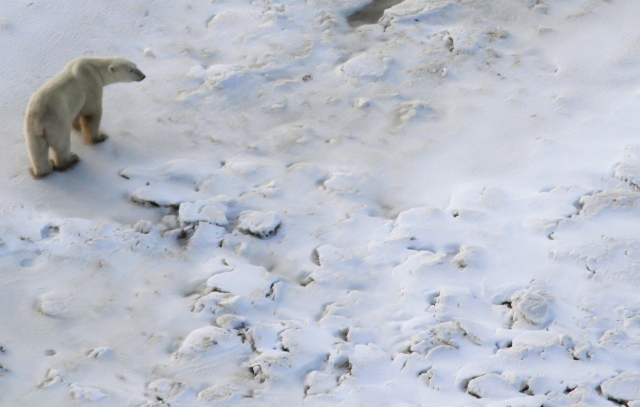