Shaking off the weekend…Monday is coming! Churchill polar bear season has about ten days left…the bears are still hanging  around the region thanks to a south wind that forced the forming ice back north into the Hudson Bay. Keep it going for another week or so.

Awesome video footage of a voracious polar bear attempting to snag a beluga whale in a open lead in the ice of the Arctic. Exciting footage and evidence that polar bears will go after any creature to provide the sustenance for their high metabolism. Adaptation will be the key for these hearty animals as the Arctic ice dwindles even more due to global warming. Polar bears depend on the ice platform to hunt seals through the winter and with less ice time they must turn to protein – rich alternatives. 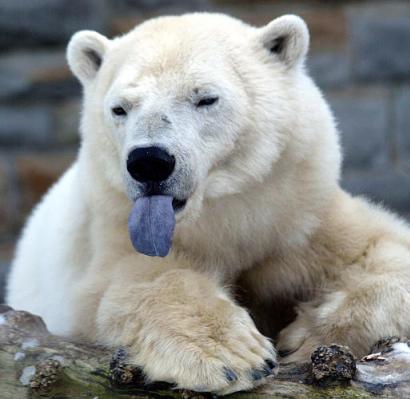 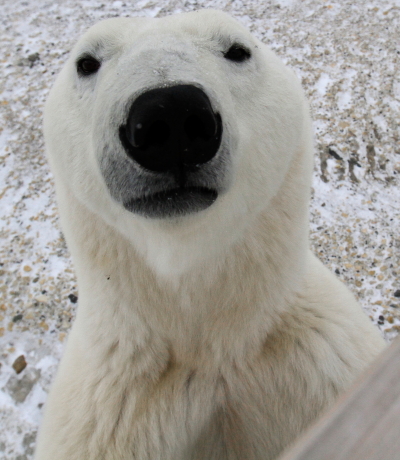 Get immersed in the intimate lives of polar bears with National Geographic WILD and Ice Bear. Using stereoscopic 3D camera technology, the complexities of polar bear survival is brought to life as never before with an immersive 3D experience and point-of-view shots that will take you right in to the polar bear’s sensory and physical world.

Through the course of Ice Bear, we follow individual bears and entire families as they make the treacherous journey from the hunting grounds on the winter ice fields, to the highly contested summer pack ice of the Hudson Bay. In the winter, bears can use the ice platforms to hunt seals and fish which provide them with a rich source of protein. With the encroaching summer, the ice begins to melt, leaving the bears to fight for their patches of hunting ground. Opportunistic packs of hungry wolves and a shortage of available prey could mean a bear won’t survive the summer. But when bear meets bear, a whole new set of challenges arise. -National Geographic.

Enjoy this video of a three-year old polar bear out on his own. The Arctic can be a truly formidable place to live…even for polar bears.