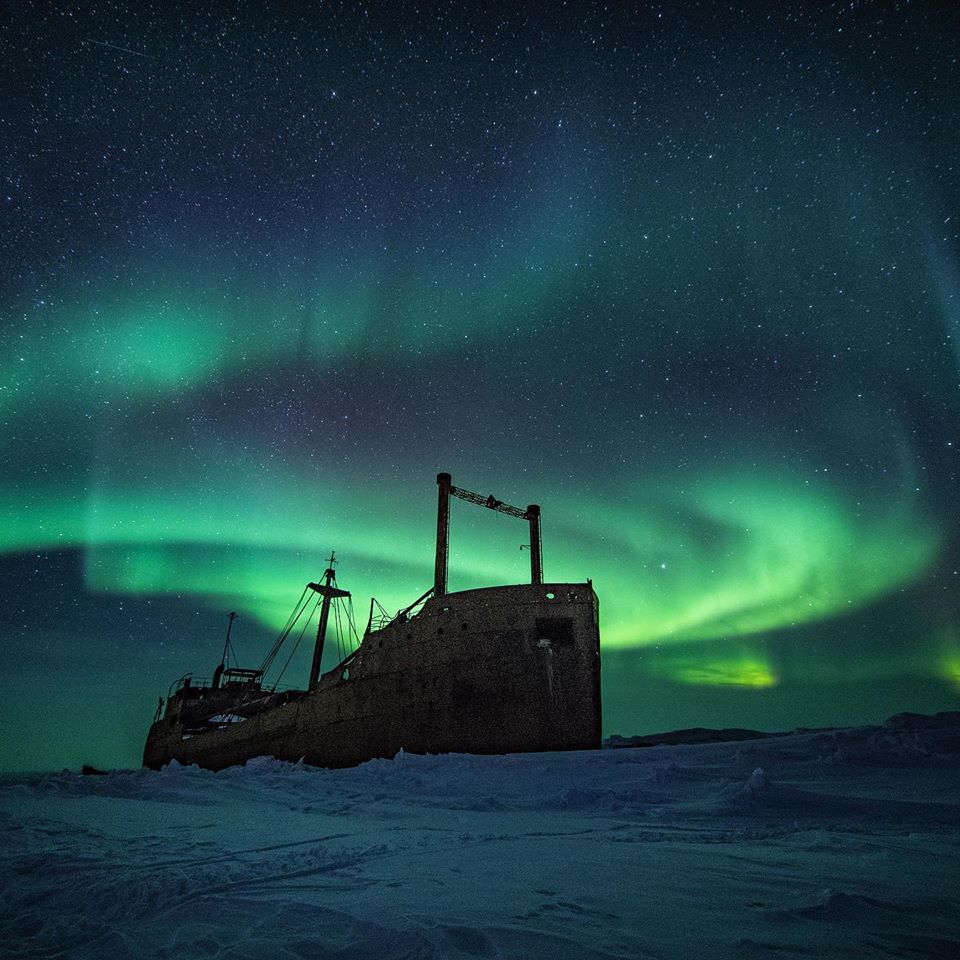 The Ithaca shipwreck under the frenetic aurora in Churchill, Manitoba. Discover Churchill photo. 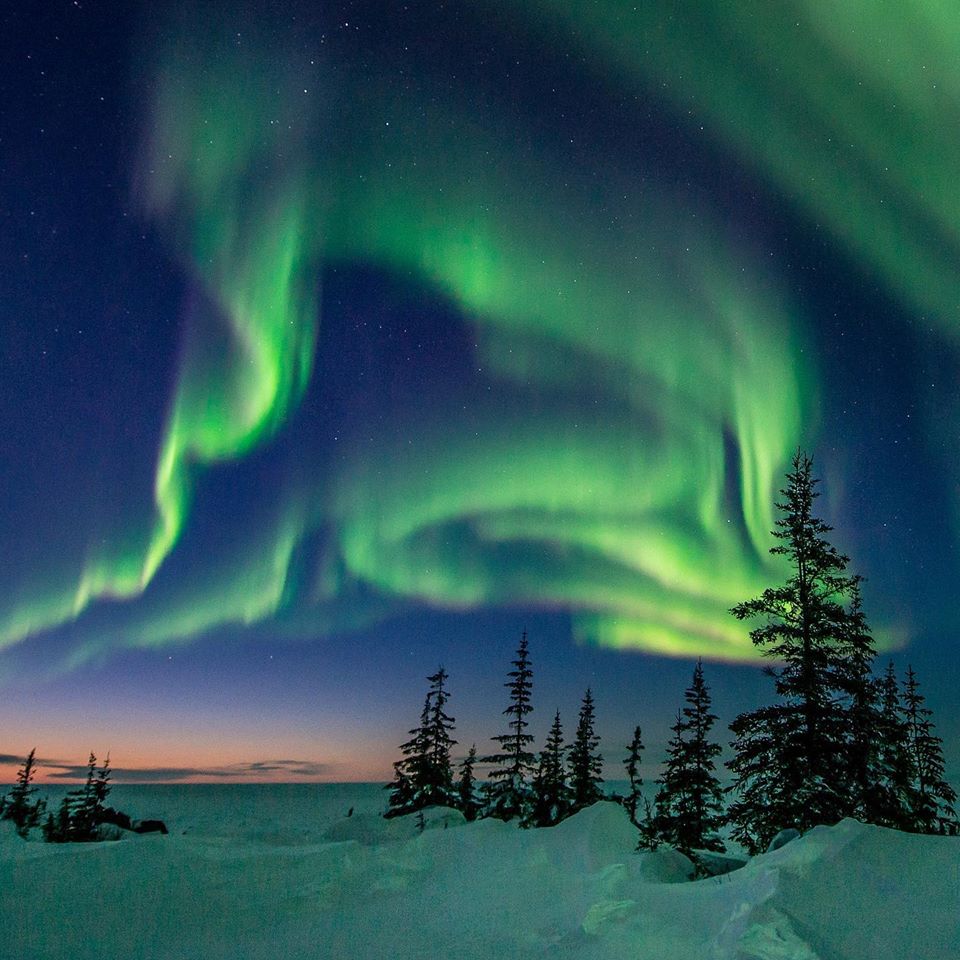 Glimmering northern lights over the fringes of the boreal forest near Churchill, Manitoba.

These two images from Alex de Vries – magnifico and Discover Churchill are timeless and electrifying all at once. The Ithaca comes back to life as it slowly decays in the Hudson Bay up the coast from the town of Churchill. The ice and lights seem to give the forlorn ship inertia to launch itself into the frigid, glowing sky in search of Franklin and his doomed expedition.

The following aurora borealis shot in the dark is one of surprise and emergence from the boreal forest into the frozen tundra underneath the green sky of the timeless Arctic frontier. Churchill lies on the edge of a white and green world that the mind uses as a jumping-off point to dream of adventure in this world of raw nature! Enjoy! 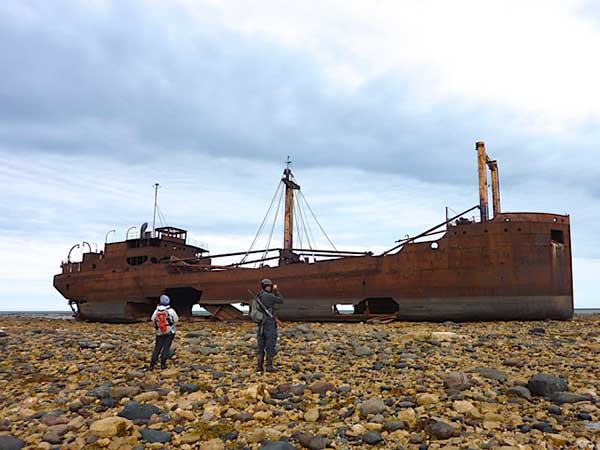