Churchill’s 2016 polar bear season is winding down fro some Natural Habitat Adventures guides. Moira Le Patourel is finishing up her amazing season in Churchill tomorrow and we wish her well. Polar bear season for others is continuing for another week however and we will be bringing you all the news. Sunday will feature all the latest news and photos from the tundra. Check in and see the updates tomorrow! 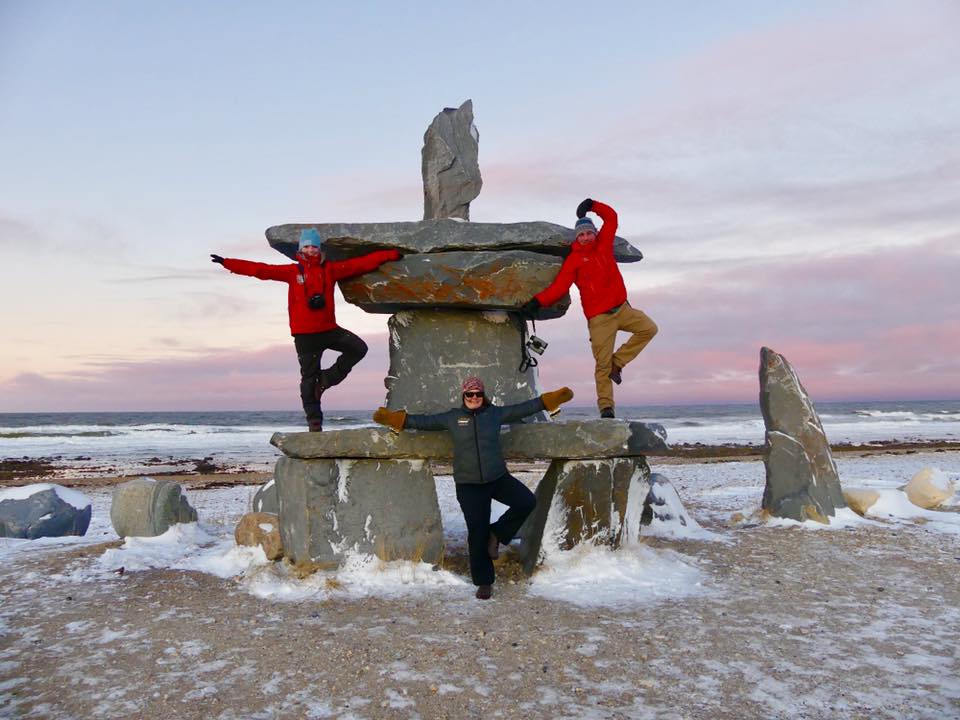 Churchill is in full swing with polar bears “high and low” as you can see from these recent field image submissions from the region. Moira Le Patourel leading a group of Natural Habitat Adventures travelers had a spectacular time in Churchill. The snow covered tundra provides an Arctic background for the incredible wildlife sightings in the Churchill Wildlife Management Area (CWMA). What a trip for this fortunate group.

Polar bears scattered on the tundra of the CWMA were the highlight for sure though a bear lift at the holding compound was an event that is hit or miss for travelers to Churchill. It truly is spectacular to watch polar bears be flown northwest along the coast to a safe haven and released to the wild again. Timing is everything in order to catch one of these awesome spectacles! An incredible, unique experience if you can see it.

Up, up and away in the cargo nets for polar bear family. Moira Le Patourel photo.

While the polar bears on the land and in th air were exciting for all travelers, there was other wildlife to see as well. A regal red fox appeared from the willows to catch the eyes and camera lenses of the group. Ptarmigan as well made an appearance seemingly from out of nowhere. Both species reveal the secrets of the sub – Arctic to all those lucky enough to spot them. Magic seems to happen in Churchill especially during polar bear season!

Willow ptarmigan on the rover trail in the CWMA. moira Le Patourel photo. 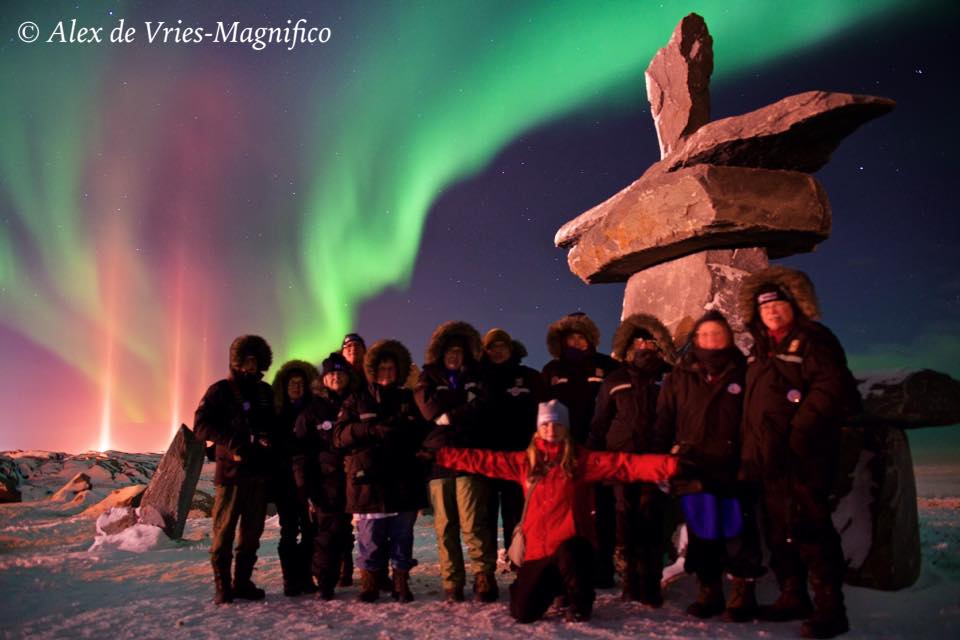