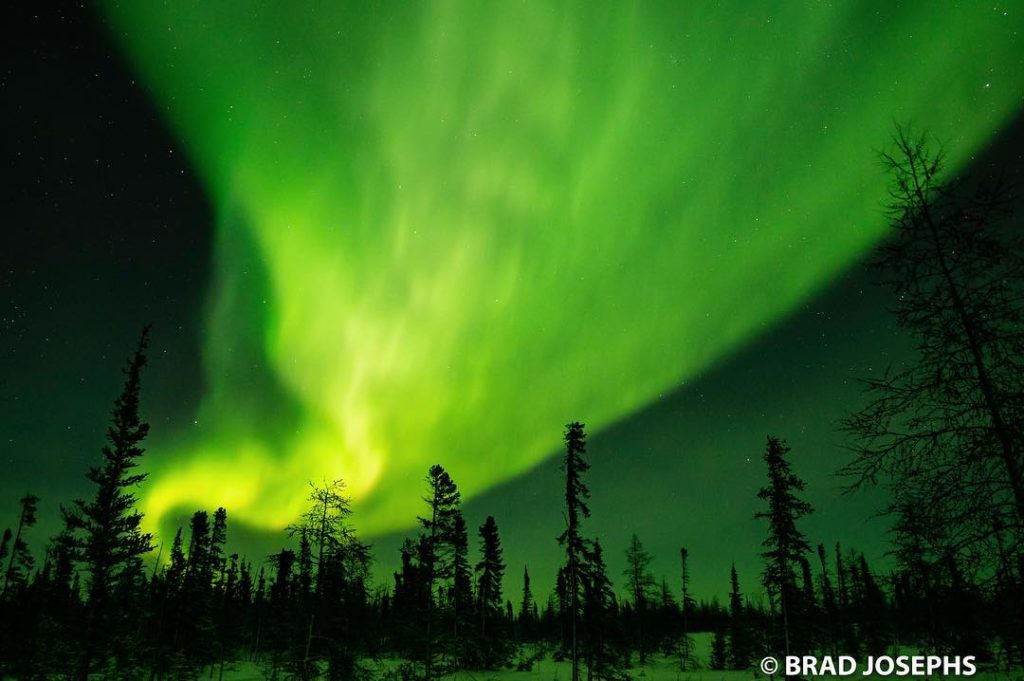 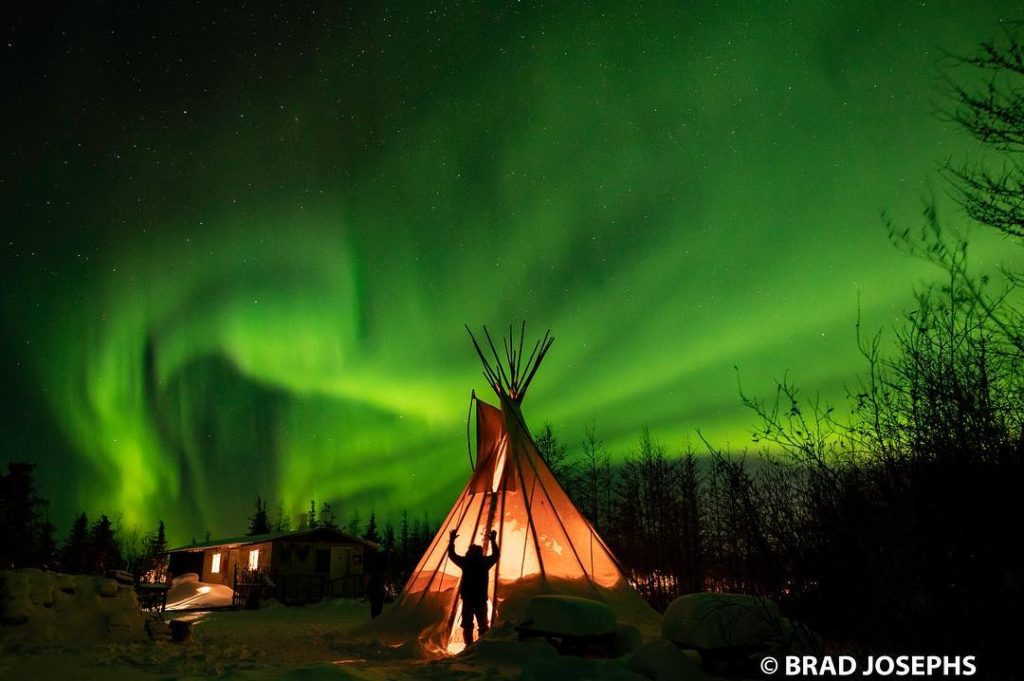 These awesome aurora shots from the new northern lights season in Churchill are a great start to what should be one of the best seasons this decade. We are hoping for some video as well from Natural Habitat guide Brad Josephs on site. The lights keep getting better every year in the sky above Churchill and over the Hudson Bay. Stay tuned for more news and incredible aurora images as the season progresses. 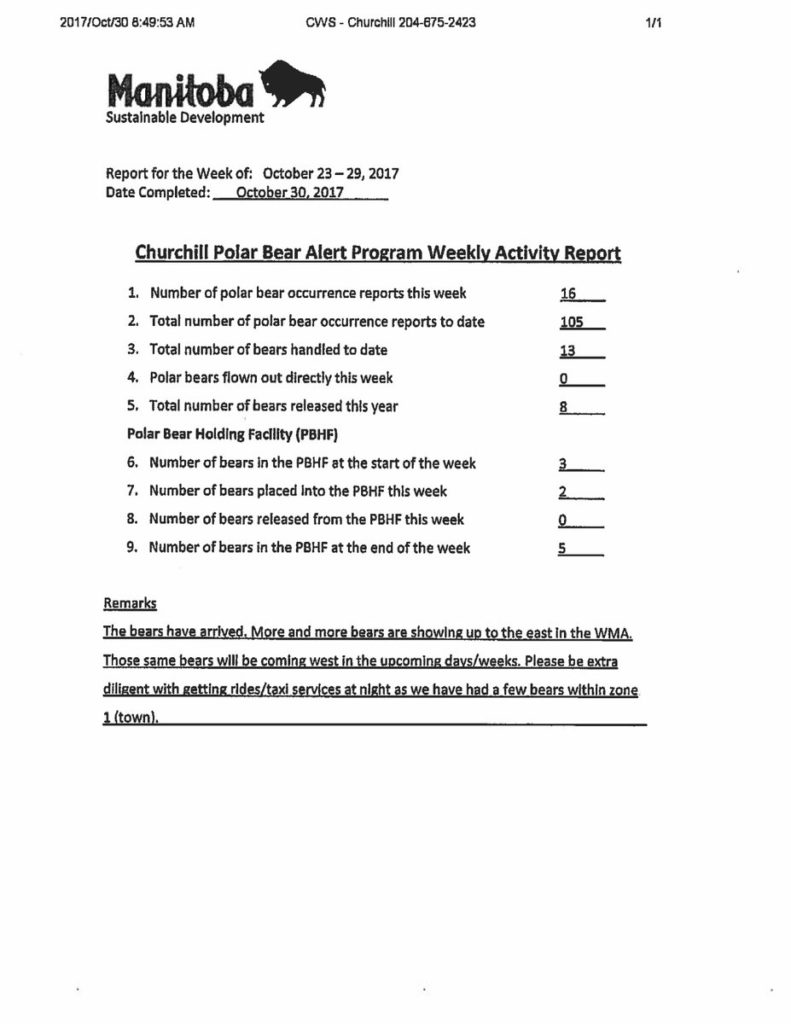 Polar bear stats for Churchill over the last week. Town of Churchill image.

Churchill this year begins to resemble an outdoor zoo with the residents of the town living within the polar bear exhibit. However, this is the wilds of the sub – Arctic region where polar bears are king and people reside in their natural habitat. The warning to be extra vigilant when walking and leaving your home is real and serious. Please be careful out there all times of day but especially at night and early morning! Polar bears are extremely hungry this time of year.