We’re now in the season in Churchill when polar bear moms and their cub(s) emerge from their dens in Wapusk National Park and venture over the tundra close to town on their way to the Hudson Bay ice pack. Once there, sows will teach their young polar bear cubs how to hunt seals and also gain some sustenance for themselves after a long winter under the earth and snow in their dens. This video was taken by Quinton Hart in Churchill just a day ago. Everyone should be on the lookout for these bear families along the coast! 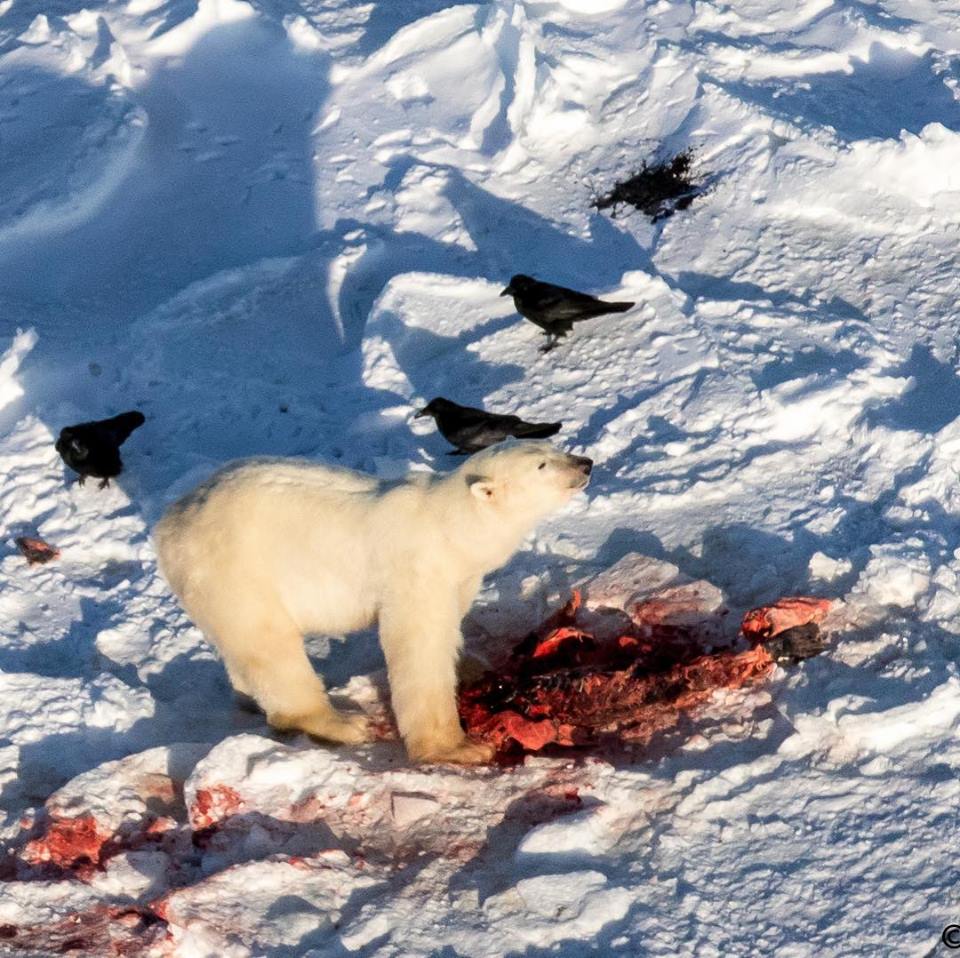 With an earlier than usual freeze-up of the Hudson Bay, Churchill polar bears were able to get a jump on their winter fat storage process. Seals were being devoured about 10 miles offshore and this opportunistic polar bear has just finished up a delectable dinner to keep him going for awhile. Let’s hope this winter supplies these voracious polar bears with the food they need to survive the summer months.

Check out these amazing video images from the high Arctic circle. A mother polar bear emerges from her winter den with two new cubs. This unique and spectacular video is from the  BBC natural history masterpiece ‘Planet Earth’. Polar bear family’s emerge from their dens in early spring, sometime generally in March and after acclimatising they will be guided to the pack – ice for hunting lessons and for mom to hopefully capture enough seals to feed the family. Enjoy! 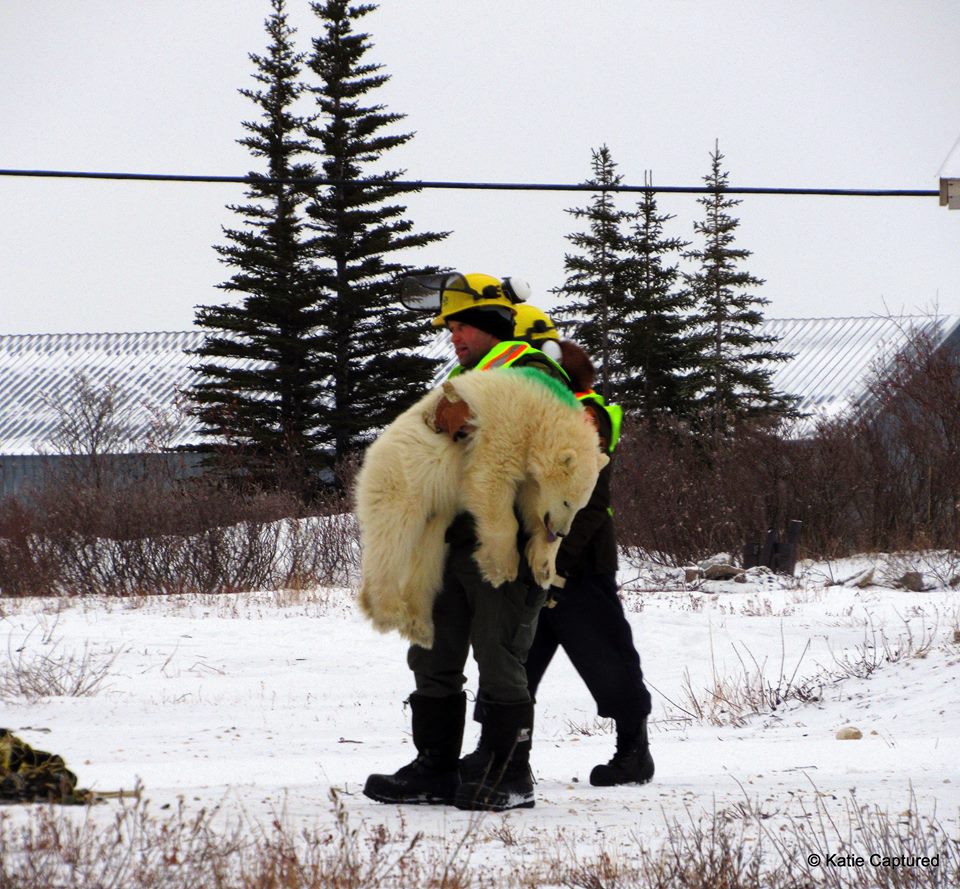