Natural Habitat Adventures guide Colby Brokvist has experienced quite the polar bear season so far in Churchill! One of his initial groups of travelers witnessed unbelievable sparring sessions on a sunny day close to the Tundra Lodge. The scene became even more intense when the three sparring male polar bears were interrupted by a smaller three year – old female approaching from first tower to the east. One of the males pushed her off into the willows where she laid down for a rest. After the sparring had cooled off she returned and checked out all the polar rovers in the area and gave thrills to all travelers aboard!

Another sparring session that same afternoon matched two huge male polar bears going at it for about 25 minutes. ” I’d thought they would be overheating by now!” Colby expressed to his travelers. Amazing how polar bears can expend so much energy in a time when they are trying to conserve in a big way. It just shows how important this ritual of mock fighting is to the species survival. This year has been filled with outrageous displays..more so then years past.

With a more recent group Colby and driver navigated the rover out to the Tundra Lodge after spotting a sow and her cub close to launch. The morning seemed “quiet” reported Colby so they decided to move inland a bit toward an esker to the east. Just below the esker back toward the Hudson Bay the group sighted another sow and her coy (cub of the year) on the flats with amazing views toward the bay and surrounding lowlands. What a way to spend the late morning..beats an office coffee break by far!

Around lunch, camped in the same spot, patience paid off big time. An adolescent polar bear wandered up to the rover and investigated the rear deck of their polar rover. if one got any closer to a polar bear there would be teeth marks at best. The steel grated deck provides the needed protection here. Nearby a number of sleeping bears worked on conserving the energy spent in morning sparring sessions in the squared tundra.

Later on at Halfway Point the day concluded with a superb 15 minutes observing a rough – legged hawk hunt along the tundra. Not much more of a nature experience then that. All in all an incredible trip in the Churchill Wildlife Management Area!

One of the most exciting aspects of a trip to Churchill is a helicopter flight over the north land. This rare shot of a wolverine was captured by Colby as they flew over the boreal forest. Amazing! And for good measure a polar bear chugging through some land fast ice in the Hudson Bay!

Brad Josephs got his dream shot last night with a group of Natural Habitat travelers.

The aurora have been incredible lately in Churchill though temperatures have been frigidly cold…around 50 below zero.

Avoiding frostbite is part of the thrill of being in this environment.

A welcoming dog photographed by Brad at a train stop in Portage la Prarie.

Aurora over the “aurora domes”, a prime indoor spot to photograph the lights.

A curious sled dog in Churchill getting ready for the Hudson Bay Quest in a couple weeks.

Incredible feel for this time of year in Churchill with sun dog framing the town.

These photographs are from the latest Natural Habitat groups in Churchill over the last two weeks. Brad Josephs has been braving the frigid temperatures to lead groups of avid travelers through the Churchill region to discover the feel for the north as well as the amazing and mysterious aurora borealis. Seems to be all working out for the groups. The aurora have been some of the best seen in years. With temperatures ranging from -17 to -65 F, it hasn’t been an easy task to brave the elements and observe and photograph. However, it has been worth a little pain as even the locals in Churchill have said that these recent displays have been some of the best they have ever seen! More to come..stay tuned!! 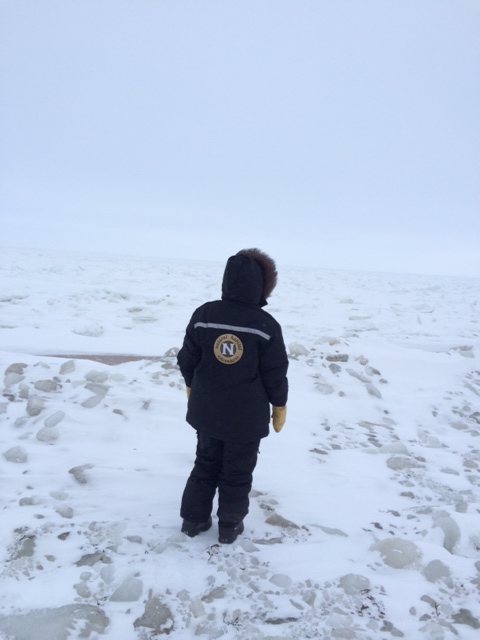 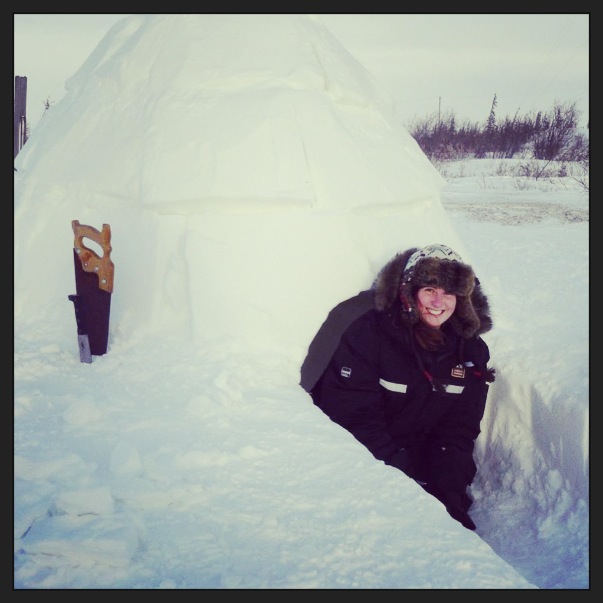 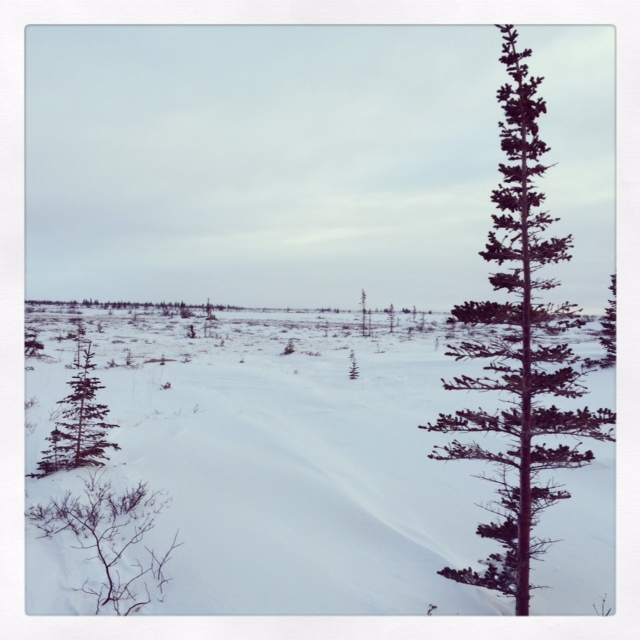 Natural Habitat travelers enjoyed igloo building in Churchill, Manitoba and got the true northern flavor of survival in the Arctic. The season has more groups than ever before and travelers are excited to get a feel for living in the far north on the shores of the Hudson Bay.

The following day out in the Churchill Wildlife Management Area Karen and travelers were greeted by a large male bear walking right by their rover as they headed out east. Several polar bear sightings later they were at the coast and two adolescent males were sleeping along the kelp beds. One awoke, picked a fight with the other, and the two bears sparred for a good time just 50 feet from the rover. They then returned to their slumber and sparred again later just inside the willow stands a bit farther out. At lunch another male joined the trio and spareed intermittently just off the back observation deck. A “three bear lunch”, as described by karen. The “best and closest sparring I have ever seen”, added Karen.
Two separate excellent viewings of ptarmigan along the trail as well as a lone snow bunting in the willows rounded out the excursion. A fantastic tundra experience in the CWMA!
« Older Entries