April is sea-ice melt month in traditionally ice-covered Arctic waters and regions in the north. Since satellite measurements began in 1979, this past April was recorded as the second-lowest level. Data shows that multi-year thicker ice also is declining. Second and third-year ice declined by 30% and 10% respectively.  Data was compiled by the National Snow and Ice Data Center in Boulder, CO.

Sea-ice coverage has become the harbinger of the global warming issue and often portrayed as evidence that the situation in the Arctic is foreshadowing the coming serious repercussions of carbon emissions and human-caused pollution. The polar bear population in the Hudson Bay region will see direct affects from continued sea-ice melting and earlier thawing. Conservation groups such as World Wildlife Fund and Polar Bears International are working tirelessly to create awareness and action movements to recognize and implement ways to curb carbon emissions and control global warming.

Now, you’re asking yourself ‘why is there a photograph of an elephant and a rhino on a website dedicated to polar bears and life in the northern Arctic region’, right? Well, this campaign by World Wildlife Fund is important enough to dedicate today’s post to the cause of fighting poaching! Please go to the link below and sign the pledge…even polar bears will be grateful for your support of their kindred animals down south. 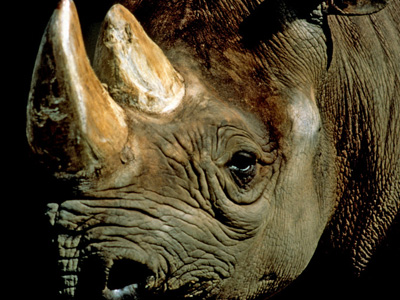 February 27th is International Polar Bear day. The commemorative day was designated to bring to light the current plight of polar bears future fate hinging on global warming and reduced yearly sea ice in the north. The day is meant to positively encourage conservation efforts focusing on reduction of carbon output.

Natural Habitat Adventures has teamed up with World Wildlife Fund to create an incredible opportunity to symbolically adopt a polar bear in your name while at the same time venturing to Churchill, Manitoba to see these magnificent creatures in the wild.

Between today and February 27th, Natural Habitat Adventures will pay for your adoption fees through WWF  when you book a Churchill polar bear adventure.

Encountering wild polar bears in their natural habitat will thrill and inspire you as well as hopefully motivate you to find ways to help protect this iconic species for the future.

If you reserve one of these trips today up to International Polar Bear Day on Feb. 27 you will receive your personal WWF adoption kit* including a certificate and species info card, frameable polar bear photo, plush polar bear toy, and reusable WWF gift bag.

Why Narwhals Are Awesome

Narwhals are one of the rarest and most unique whales on the planet Earth. They are also vastly mysterious and tend to capture the imaginations of many people, especially those fascinated with the Arctic. The distinct spiraled tusk or tooth that protrudes from the whales upper jaw lends to their enduring mythology. The tusk can grow up to 10 feet and some Narwhals will even sprout two tusks. These animals can weigh up to 4,200 pounds and grow to 17 feet in length. The photo below by Paul Nicklen for National Geographic and World Wildlife Fund provides a great look at the Narwhal’s tooth.

The Narwhal population is currently at more than 80,000 worldwide. The majority are found in  Atlantic and Russian Arctic sea waters. Smaller populations dwell in Greenland and Norwegian waters. In summer they migrate in pods of 10-100 whales closer to shorelines and in winter they swim farther out to sea and live under sea ice, surfacing in open leads of water. Their preference is to stay at the surface but Narwhals can dive up to 5,000 feet. They feed wherever they can find krill, fish or squid in the cold northern waters.

Narwhals communicate through various trills, clicks and squeals. Males will often cross tusks in  behavior known as “tusking“. Scientists are researching this behavior trying to distinguish whether it’s another form of communication,  sexual display or friendly contact.  Females become pregnant between March and May and have a gestation period of up to 16 months giving birth to a single calf. Calving every three years, females will nurse for a year or more.

The environmental conditions in which narwhals exist are truly awesome in that they require uncanny survival traits. Existing in the extreme cold and icy regions takes a unique genetic make-up. Narwhals are also being threatened by increasing oil and gas exploration in their native waters. All this exploration leads to more ocean shipping traffic as well. These factors cause noise pollution in the dark ocean waters where narwhals and other marine mammals rely on quietness to communicate with each other and locate food sources. This relatively new and growing threat could lead to dire consequences for many species. For more information check out this World Wildlife Fund site. This WWF initiative helps raise awareness of the noise pollution affects and address the threats to Narwhals and other whales and marine mammals.