The abundance of exhilarating art in the north has necessitated a periodic new posting on Churchillpolarbears.org. We will feature different stories of artists and their art that is prolific all over the Arctic and sub – Arctic. This week’s feature is this amazing found – object art metal horse known as the Whitehorse horse as it’s at the top of Two Mile Hill in Whitehorse,YT created by artist Daphne Mennell and welder Roger Poole. The sculpture is made from donated recycled materials and was dedicated in 2011. 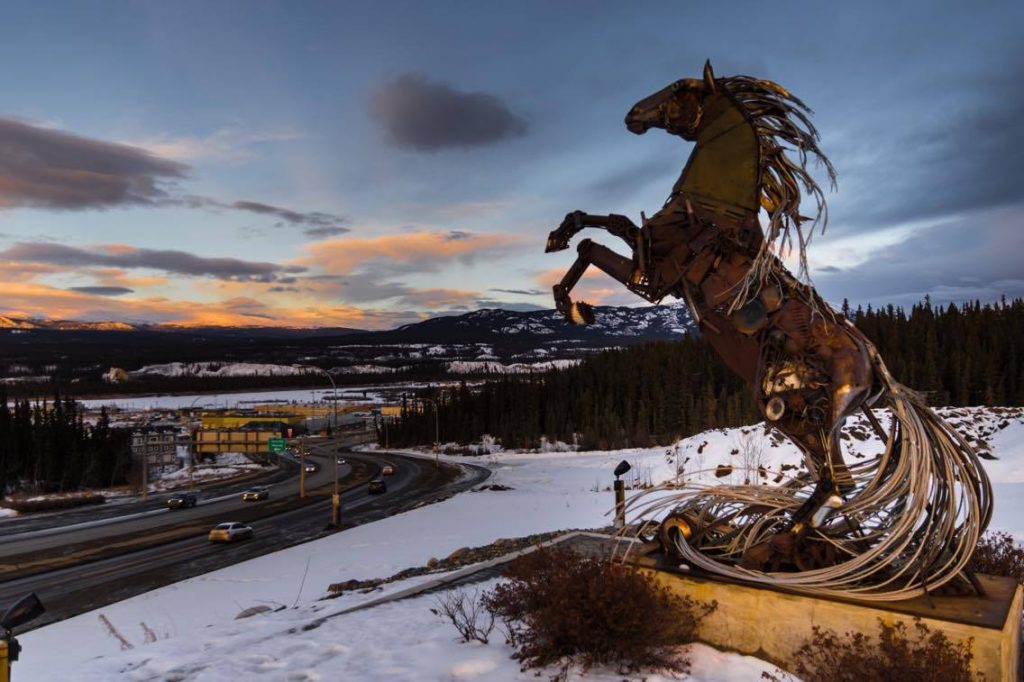 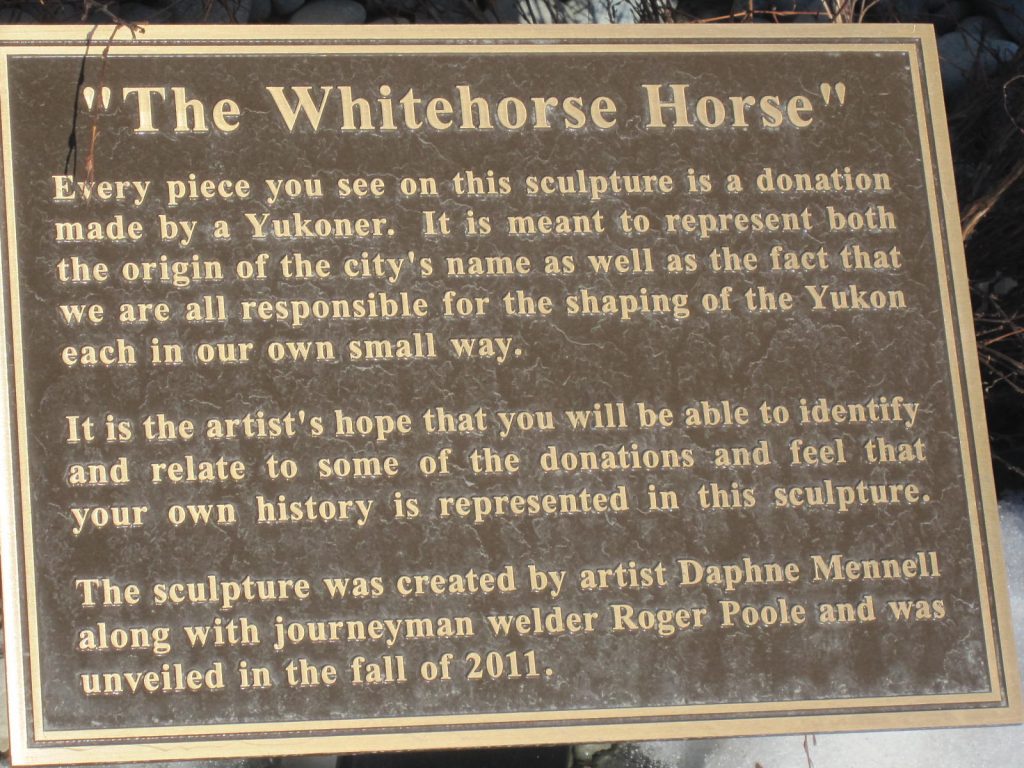 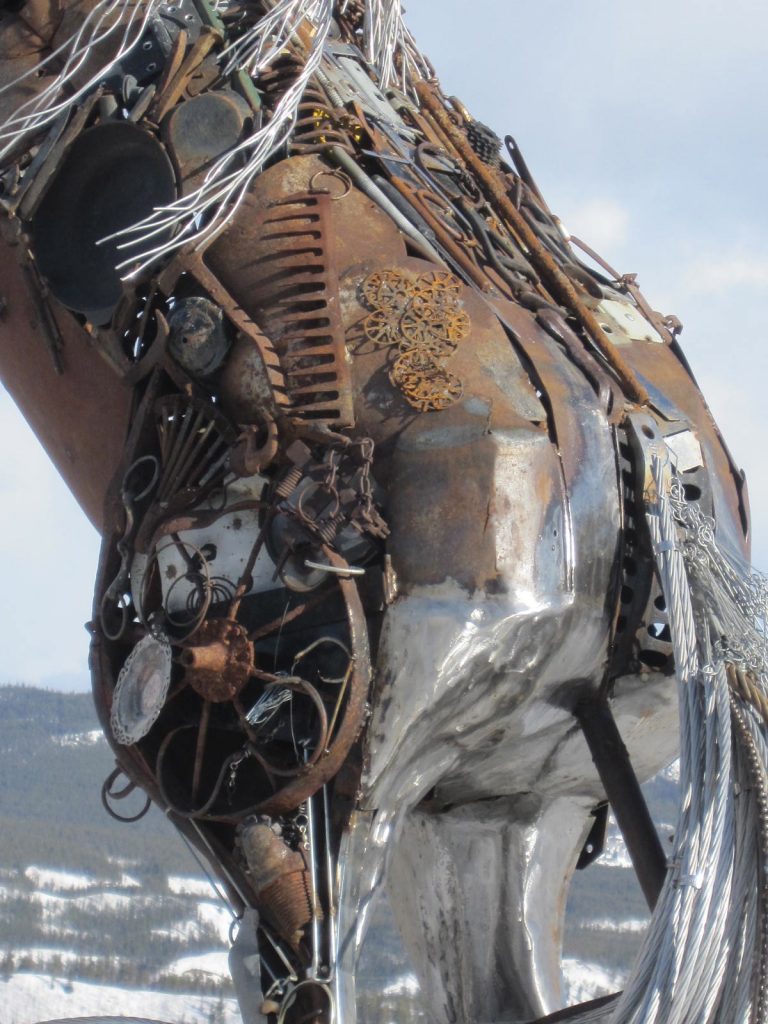 Close – up of the Whitehorse horse by Daphne Mennell. Sue Spargo photo.

The Hudson Bay Quest starts in Gillam, MB on March 13, 2015 and finishes in Churchill, MB. As we move closer, the race roster has seen another adjustment. Musher Normand Casavant has needed to withdraw. Keep watching for more updates as we draw closer.

The updated OFFICIAL 2015 HBQ race roster is as follows:

This official list has been reviewed by the Race Marshall and the racer’s qualifications have been evaluated. This list reflects the order of registration, and will be used for the bib draw. Welcome to the 2015 HBQ!

Originally from Quebec and now based in Whitehorse, YT, Normand Casavant was a fan favorite on the Yukon Quest in 2009. He feels his mantra of remaining calm and optimistic transfers positive waves between him and his dogs. This transcendence brings him closer to achieving his goals. We wish him the best and hope to see him back in Churchill next year!