Conservation must be running low on cracker shells as Churchill is clearly under siege by Polar Bears. Seemingly non-stop fire, day and night, continue keeping everyone on their toes. I cannot remember any season in the past ten or so with so many bear incidents near town. Everywhere we go there are bears. The combination of them being very healthy and the lack of any severe weather have kept the flow of bears moving all around Churchill. Bear lifts seem to be a common occurrence as film crews are happily financing some while others are on Conservation’s tab. 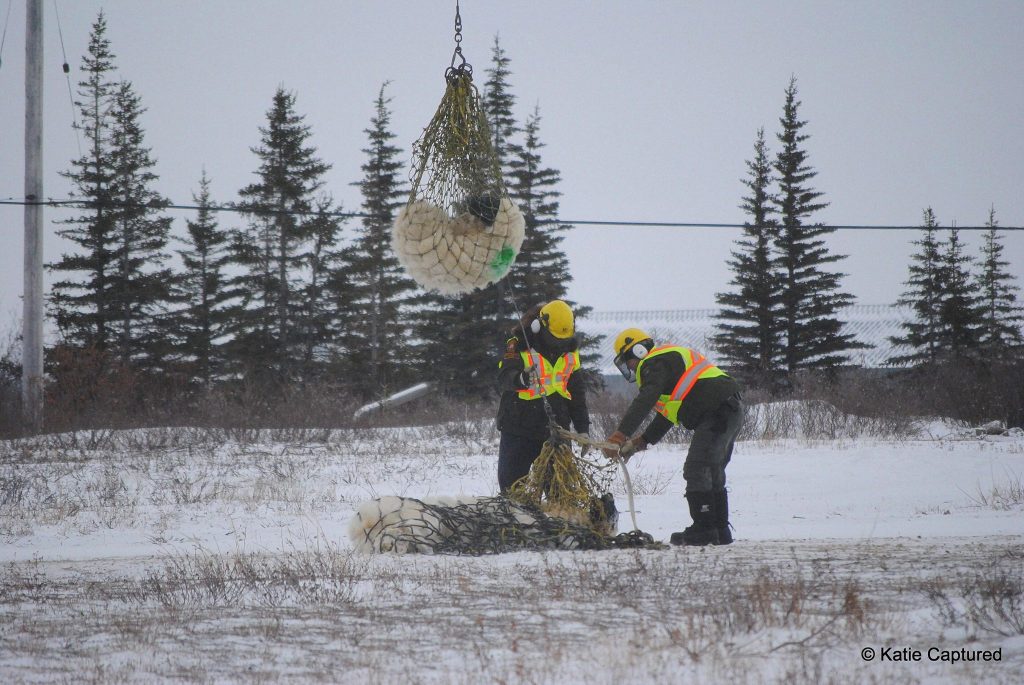 Guide Eric and his photography group roamed around Cape Merry in the fantastic light. Blustery wind kept the animals in shelter though they did come across a Red fox sleeping. He was unfazed by his sudden fame and only raised his head a single time just to keep the shutters snapping. Capturing the amazing geological presence of the Canadian shield and the beautiful starkness of the partially snow covered rocks as they flow into the Hudson Bay and Churchill River was the challenge of the afternoon.

The rarest and most incredible find of the day however was Guide Paul’s contingent coming upon a Wolverine with its’ dark brown chestnut body just below the cemetery as the group was heading to launch for a day on the tundra. Its’ short, bushy tail was flailing around while it ran with short strides through the rocks and willows over to the dog yard finally bounding across the meadowy area into the distance. This was a first sighting of the long-rumored, elusive creature this season. And a rare one at that. Later, the insanity on the tundra continued with many mother and cub family units and sparring males continuing to hone their skills while building muscle and respect. The group spotted between 12 – 15 bears over the course of their day. Red Polls were spotted as well in small doses fluttering over the tundra.

Guide Sandra and travelers were enthralled with incessant sparring by heavy male Polar Bears out towards Halfway Point. The bears were really getting into character in the afternoon light as their white fur, which is actually clear… appearing white as it absorbs light, was red stained from each other’s blood. No major injuries were sustained as the bears seem to know when to back off each other before inflicting any damage they may jeopardize survival. In such a stark environment of white and gray, the red stands out and highlights the fragility of life even of these massive animals. Another unique day in the North.