In the true spirit of socialism, Canada will now offer aide to the town of Churchill , Manitoba through incentives offered through the Churchill Port Utilization Program. With a budget of 25 million dollars, the program will offer $5 million a year for the next five years to companies (read; farmers) that use the port of Churchill to deliver one of 19 different grains. With incentive payouts of $9 per tonne of grain shipped out through the deep -water Arctic seaport in 2012, the transition from the monopoly-free Canadian Wheat Board to independent farmer contractors shipping their grain out of Churchill will be a little less painful. 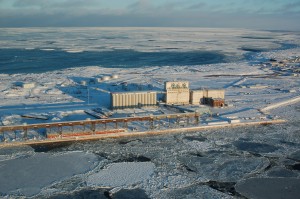 Agriculture Minister Gerry Ritz unveiled the details in Tisdale, Sask., at the Hudson Bay Route Association’s annual general meeting. Ritz said the program will keep Churchill as a strategic shipping option. The move comes as the grain-handling business in Canada adapts to the new reality of a monopoly-free Canadian Wheat Board. Legislation passed in December  now offers Prairie farmers the option to choose whether to market their grain and barley products through the old system of the CWB or to explore other shipping options from other ports in Canada. Ritz pledged to help the port adjust, including $4.1 million for port maintenance and an incentive program to entice companies that hadn’t traditionally used Churchill.

NDP Churchill MP Niki Ashton said this is a clear example of the Conservative government’s disconnect between people and needs on the Prairies.

“The Conservatives showed how little they cared about Churchill by dismantling the wheat board in the first place,” said Ashton. “They got rid of the organization that made up for 90 per cent-plus of the shipments through Churchill. They’re throwing away taxpayers’ money to make up for a system that worked.”

One might ask the question; why would the government approve dissolving the power of the Canadian Wheat Board just to turn around and offer a 25 million incentive structure in order to aide the tiny town of Churchill? Is this the paradox of socialism. Dissolve a capitalistic monopoly in order to have the taxpayers be the ones to keep the level playing field or in this case….level and calm shipping waters. Nothing comes free in society…not even a socialistic based society. People need to pay for equality…whether they want to or not. If Canadians don’t want to ..they can move South. Tough choice eh?

The Port of Churchill formally gained 85 to 90 per cent of its’ shipping business from farmers and companies brokering through the CWB. Now that the market is open for the upcoming shipping season come August, it will be very interesting to see the profile of the customer base either returning to Churchill or trying the operation for the first time. Will this new incentive plan skew the actual interest over the next five years or buy time for the port to develop better operations and more diverse shipping options? And most importantly for the town of Churchill, keep the over 200 residents, almost a quarter of the town population, employed.

The incentive program is a first-come, first-served option with applications accepted after April 20. In years to follow, the applications will begin April 1. Companies will have to prove by Dec. 31 the shipment was made. Eligible applicants are those that legally arrange for and carry out shipments through Churchill on outward ocean-going vessels. The amount of each grant will depend on the amount of grain shipped. 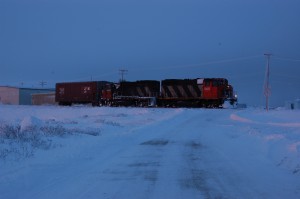 Everyone will be watching as this issue develops over the Summer. The new structure may be just what the port needs to push Colorado based owner Omnitrax to look for and develop more options for shipping out of Churchill. In some ways the publicity alone through these new incentives will be phenomenal for the port as many officials, farmers and businesses will be exposed to the Arctic seaport that previously seemed to be slowly decaying up in the far North!