Port of Churchill strategic for Canada

The only Arctic Seaport in Canada, Churchill, Manitoba, has struggled to find its’ identity for 35 years. That is when the military left the area and the population shrunk from nearly 5,000 to under a 1,000 people.

Sure, the ecotourism industry bloomed after that leading to the incredible numbers of travelers visiting Churchill today, seeking to see polar bears, but that really only happens for a seven week period in October and November. The Summer beluga whale trips and Winter northern lights excursions bring more people to the frontier town on the Hudson Bay but not in any dramatic fashion that will propel Churchill to become more than what it has been for nearly half a century….sleepy…for most of the year.

Omnitrax Inc., owner of the port of Churchill and the Hudson Bay rail line is trying to change all that by increasing opportunities to ship more diversified products from the port to other nations. Manitoba as well as Ottawa are behind this new initiative and two years ago established a task force to inquire into new economic opportunities.

Wheat and grain as well as other farming products have been the main staples to cross the Bay and oceans to far away lands to date. However, with the longer ice-free season, new products as well as new destinations are being sought.

The task force came up with some of the same recommendations as previous reports, but they are updated and expanded for current conditions, including a restructured grain industry, expanding resource development and climate change that could lead to much higher volumes in Arctic shipping and navigation.

Aside from similar findings from years past, the current report from the commission is updated in a sense to account for a newly structured grain shipping system and expansion of resource development such as gems and metals around the Churchill region.

Polar bear checking out a polar rover in the Churchill Wildlife Management Area.

U.S. and Canadian producers as well as Omnitrax are pushing for moving light sweet crude by rail to Churchill and then returning south with a cargo of bitumen diluents for Alberta’s oil sands. Though Manitoba is officially opposed, citing the environmental risk, the task force endorses this idea. The northern rail lines travel over permafrost and numerous grain -train derailments over the past years have spawned major concern over the safety of the environment with this process. Aside from that issue are the water-borne issues themselves. Low tide is risky for loading a large amount of crude oil into tankers in the port and then heading out into the Bay and through the Hudson Straits to the north. Environmental proponents fear any disaster on the water would permanently harm the area’s fragile ecosystem and wildlife. That could profoundly jeopardize the tourism dollars that currently flow into the region. The risk is high. 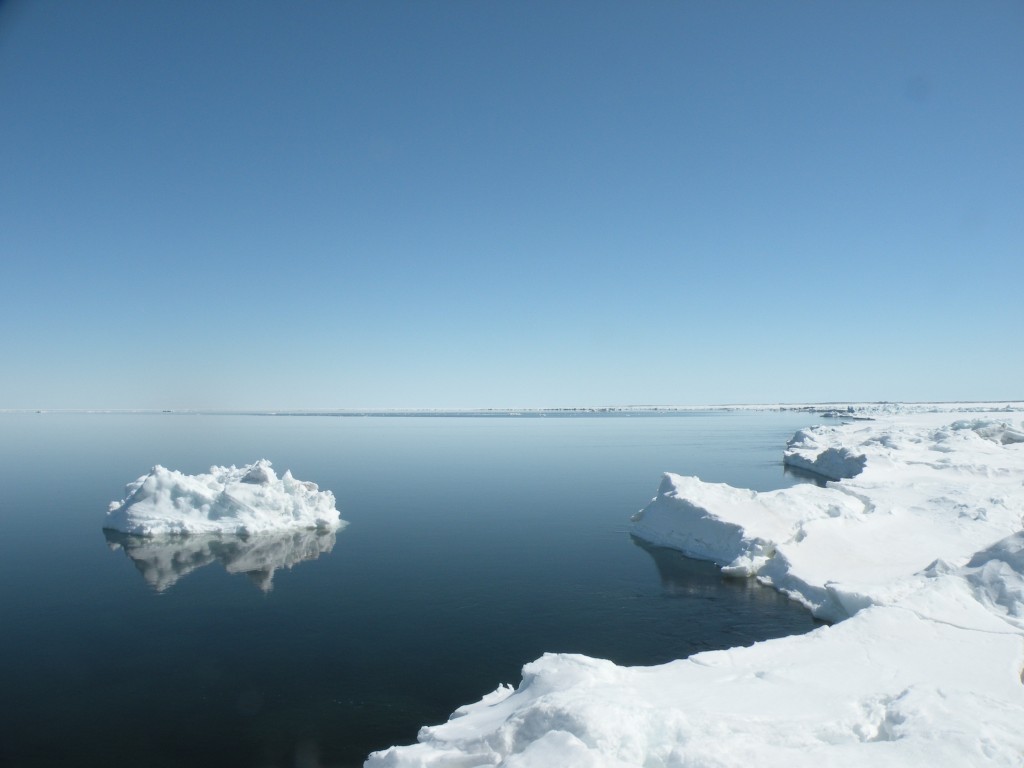 With renewed interest in developing the North through expanding grain shipments, as well as newer resource exports like potash, minerals, liquefied natural gas, oil and bitumen, Churchill is poised for an economic explosion. Of all these possibilities oil has the most resistence from the public. There really is no room for error and people are scared about this. Hopes are high for these other resources to take hold and provide an economic surge that will build a strong base for the port to grow from.

Last year was a banner year for grain shipment from the port, breaking records even, but Omnitrax, Manitoba and Canada are all looking ahead to the future for even more.